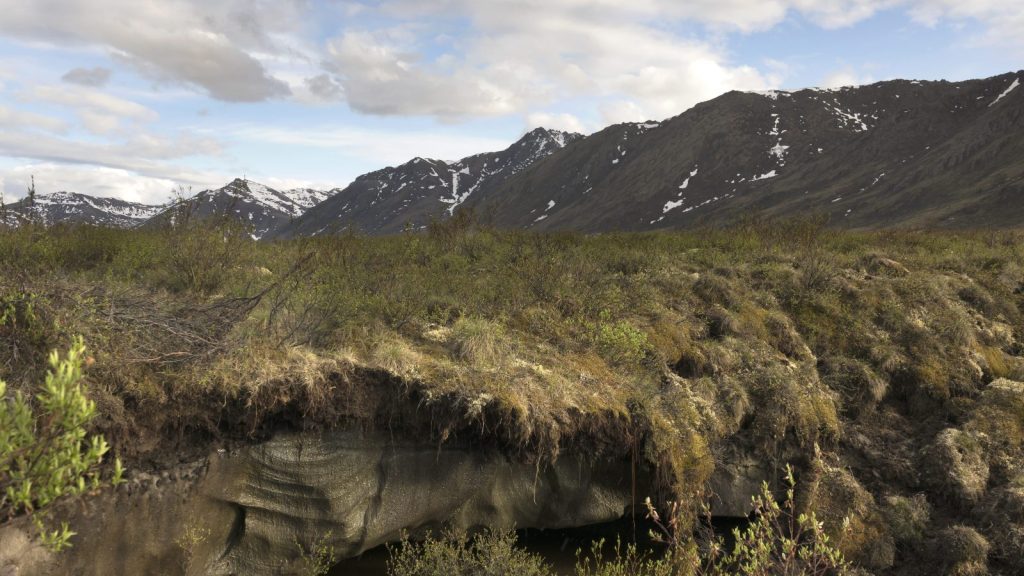 A city in western Alaska has lost a huge stretch of riverbank to erosion that may turn it into an island, amid renewed warnings from scientists over the havoc triggered by the accelerating melting of the state’s ice and permafrost.

Residents of the small city of Akiak were alarmed to find the Kuskokwim River suddenly much closer to housing after about 75-100 feet of riverbank disappeared over the course of just a few hours.

The erosion, which occurred late last month, stripped away the riverbank for the entire length of Akiak, which has a population of around 340.

“We got about three houses in imminent danger, and the rest of them will be coming along pretty quickly,” said David Gilila, Akiak’s city administrator.

Gilila said he was appealing for funding to relocate some homes, warning that the water could soon surround the city. “We’ll still be here, but we’ll probably become an island,” he said.

The drastic reshaping of Akiak is probably due to thawing permafrost, the frozen organic matter held within soils. Alaska is heating up twice as quickly as the rest of the US as a result of human-driven climate breakdown, increasingly causing this permafrost to thaw and destabilize buildings and cause roads to buckle.

“The changes are really accelerating in Alaska,” said Susan Natali, a scientist and Arctic expert at the Woods Hole Research Center in Massachusetts. “It’s pretty likely this riverbank in Akiak was lost because of thawing permafrost, given where it’s situated and the warm winter and spring they’ve had. It’s not a problem that’s going to go away.”

Alaska has just experienced its warmest spring on record, breaking a record only set in 2016. Since the 1970s, springtime in the state has heated up by around 2.2 degrees C (4 degrees F), double the global temperature rise of the past century.

The breakneck speed of Alaska’s rising heat is having cascading consequences, with vanishing sea ice exposing coastal communities to storms, altered wildlife, and plant patterns that make it harder for people to find food. There is also a growing wildfire threat putting communities at risk.

Unless it causes buildings to topple, permafrost thawing is often a more obscure feature of this warming, although it could prove to be among the most significant. As the frozen ground across the Arctic melts, it releases a huge amount of methane, a potent greenhouse gas.

Scientists recently found this process could trigger a dangerous acceleration of global heating that would cause tens of trillions of dollars in climate-related damage. A separate study found that parts of the Canadian Arctic are experiencing a rate of permafrost thaw six times the long-term average.

In Alaska, there are dozens of towns that the federal government has identified as being in potential need of relocation due to the damage caused by the climate crisis. The village of Newtok in western Alaska was granted $15m last year to start shifting homes to safer ground but the vast majority of communities have no pathway to do likewise.

“It’s a real challenge because in the US there isn’t the precedence to deal with this and there isn’t the political framework to deal with it either,” said Natali. “The numbers needing relocation will grow, the costs are going up and people’s lives and cultural practices will be impacted.

“Every year there’s a new temperature record, it’s getting worse and worse and you feel like a broken record saying it. This should be the number one urgent conversation happening right now because it’s not just going to be Alaska, it’s going to be other communities all over the United States,” Natali added.