For years now now, we’ve been hearing warnings about 2 degrees Celsius of warming — the global average cautioned against as part of the 2015 Paris accord. But according to a Washington Post interactive published on Tuesday, that so-called “tipping point” has already arrived in many towns across the country.

The earth is warming at an uneven rate. The Post looked at 100+ years of data from over 3,000 U.S counties and found that over 70 have already exceeded 2 degrees C of warming above pre-industrial levels. That translates to 34 million people (roughly 1 in 10 Americans) living in regions that are heating especially rapidly.

So where are the U.S. hot spots? The counties that have already reached 2 degrees C or warming are spread throughout the U.S., but there are some regional trends. The fastest-warming state in the country is Alaska, which may come as no surprise given its recent spate of heat waves and wildfires. In the Lower 48, Rhode Island’s average temperature increase is the first to pass 2 degrees Celsius, with other parts of the Northeast, including New Jersey, Connecticut, Maine, and Massachusetts, not far behind.

Here are the fastest-warming places. https://t.co/Mv7A9Cbv7H

While the east coast has been sizzling this summer, the Post found that most regional increases were driven by warming winter temperatures, not summer heat waves. That’s means lakes can’t freeze (causing algae blooms, in some cases) and pests don’t die as per usual in certain historically cold regions. Less snow and ice also means those regions are less able to reflect solar radiation during winter, further feeding into the warming cycle.

The freezing point “is the most critical threshold among all temperatures,” David A. Robinson, New Jersey state climatologist and professor at Rutgers University’s department of geography, told the Post.

Scientists aren’t yet sure why the Northeast is warming so quickly. But experts say these 2-degree C hotspots are like little pieces of the future here in the present, showing us what’s coming.

Of course, climate catastrophes aren’t just about higher average regional temperatures. Cold, heat, flood, drought, and sea-level rise all pose significant risks to U.S. communities, according to a newly released analysis by the group Clever Real Estate. And bad news: The report found that many of the cities most at risk to the impacts of climate change are also the least prepared for it. 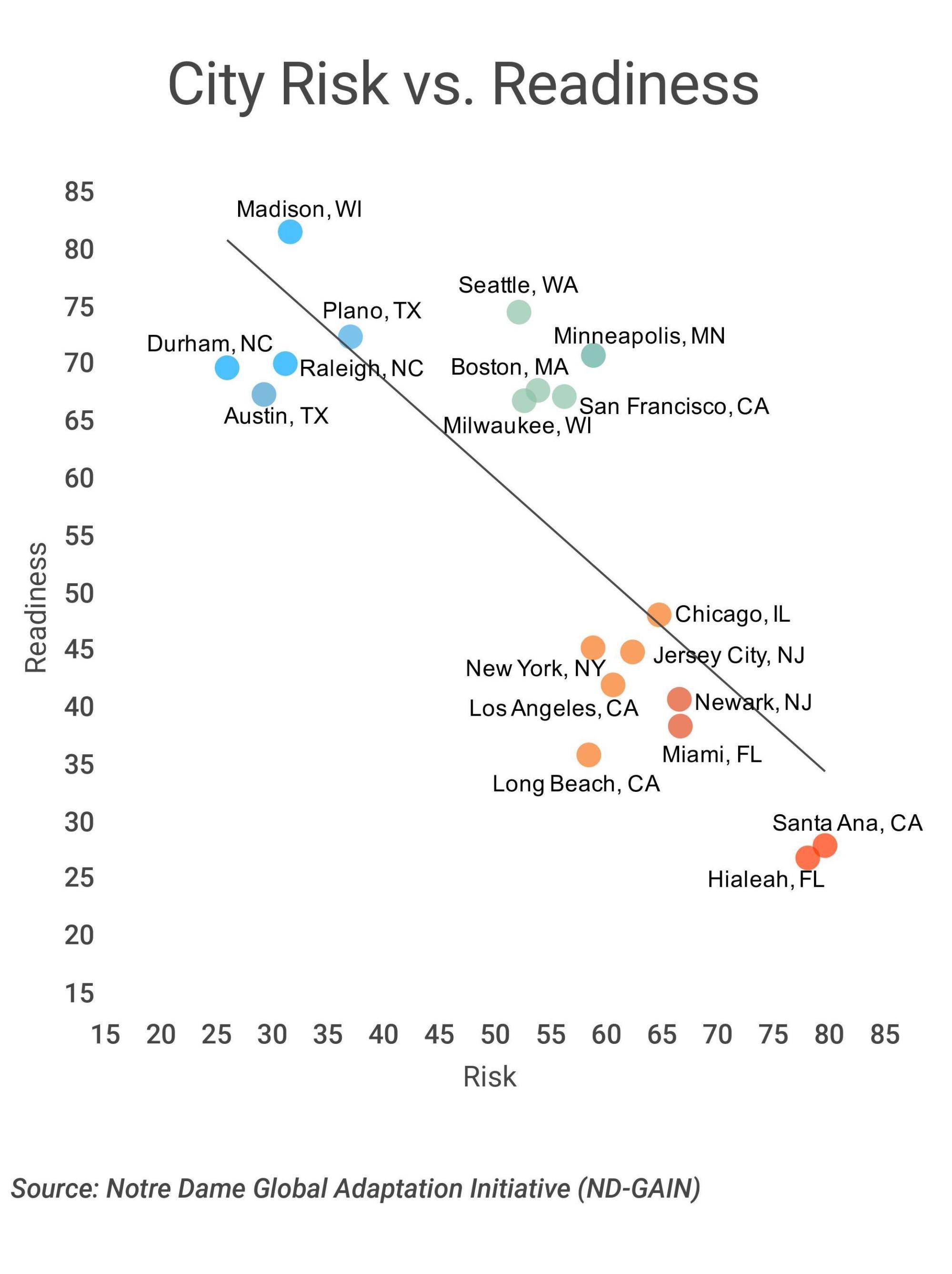 There’s some concerning crossover between the Post’s list of rapidly warming counties and the areas identified by Clever Real Estate’s analysis (which was compiled by Eylul Tekin, a Ph.D. candidate at Washington University in St. Louis’ Memory Lab). Four of the top five cities with the “lowest degree of readiness” are located in Southern California (Anaheim, San Bernardino, Santa Ana, and Riverside). The counties in question have reached between 1.8 degrees C and 2.1 degrees C of warming compared to pre-industrial levels.

Parts of New Jersey also didn’t fare well on either list. Essex County has already hit the 2 degrees C warming mark, and Newark snagged the fifth spot on the list of places with the “largest difference between risk and readiness scores.”

So in short, there’s already a lot to sweat in many parts of the U.S. (which is even more reason to take climate action now). To get a better sense of the way your specific area is being affected, check out the two studies we mentioned here and here.