The cost of flood insurance is a price worth paying 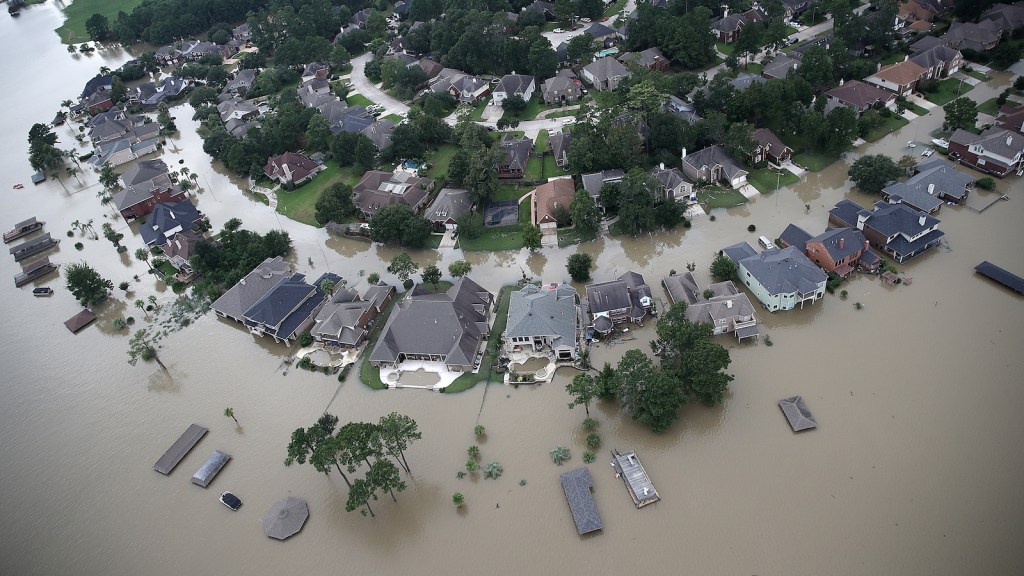 The cost of flood insurance is a price worth paying

Almost 75 percent of declared disasters in the United States are flood-related, and flood risk continues to rise due to development in floodplains and a changing climate. The beleaguered National Flood Insurance Program (NFIP), which was due to expire on July 31 but just got a four-month extension from Congress, can help lessen some of that risk and serve as a lifeline for survivors.

However, in reauthorizing the program, Congress did not fix its many problems. The need to make the NFIP more effective is urgent. And as America’s flood risk grows, we will be even more reliant on it.

The NFIP was created 50 years ago after losses mounted from disasters such as 1965’s Hurricane Betsy. In creating the program, Congress recognized three things: first, that the federal government would have to provide flood insurance because private insurers would not. Private insurers had, by and large, refused to cover floods since the Great Mississippi Flood of 1927, the most destructive river flood in U.S. history to that point. Insurers must weigh the level of risk to individual properties, how much payouts will cost and how profitable policies are, and homeowners’ willingness to pay premiums — all of which are problematic for assessing flood risk.

Second, Congress knew that national flood risk was too high. The government had been working to address this through the Flood Control Act of 1938 and other laws. But by 1968, these policies had been relatively unsuccessful at lowering the risk; flood insurance was seen as a different strategy. Third, and finally, Congress realized that homeowners needed financial assistance to recover from floods.

In its first four decades, the program was generally solvent — that is, revenue from premiums was approximately equal to payouts. Between 1968 and 2005, when the program did incur debt, FEMA, which oversees the NFIP, borrowed money from the U.S. Treasury and quickly repaid it.

Then, in 2005, Hurricane Katrina and the resulting levee failure instigated an outpouring of anger and frustration with the NFIP. Katrina’s impacts were more severe than anything the United States had experienced since the program began. Post-Katrina, FEMA borrowed $18 billion from the Treasury without a repayment plan, instead of adding it to the supplemental appropriations passed by Congress. The agency borrowed billions more after Hurricane Sandy, and the debt eventually rose to $24.6 billion.

This debt has become the pressure point for the NFIP, with critics citing it as evidence of the program’s failure. But when we consider why the program was created, the debt shows just how vital the NFIP is. Private insurers could not provide affordable flood insurance to the people who needed it, but through subsidies, the federal government — and by extension, the American taxpayer — could. So complaints about insolvency seem misplaced, given that the program’s debt is an obvious outcome of its design.

Financial solvency is of clear interest to taxpayers and politicians. But it’s worth considering the other problems, besides the scarcity of private insurance, that Congress hoped to address by creating the NFIP: flood mitigation and recovery.

A key objective of emergency management is to prevent or limit risk from disasters. Homeowners tend not to voluntarily implement such measures, but the designers of the NFIP thought the program could be used to incentivize safer building and better land-use practices. To this end, the NFIP was intended to work in tandem with the community rating system (CRS), which scores communities for undertaking flood mitigation (by, for example, building levees or changing land-use policies) and offers commensurate reductions in premiums.

There is evidence that the NFIP has succeeded in improving mitigation. Even so, it could do more. The program could be reformed so that more communities are incentivized to join and participate fully in CRS, and it could refuse to cover repetitive-loss properties, or require that they be rebuilt to higher standards.

Repetitive-loss properties are a real problem: Less than 1 percent of homes insured under the program have been responsible for nearly 10 percent of paid claims. Allowing homes to be rebuilt or repaired multiple times without requiring sufficient modifications to prevent future damage is not an efficient use of taxpayer money, and this loophole needs to be closed.

The NFIP was designed to provide insurance to people who could not afford to pay its actuarial price. Critics claim that simply by offering affordable flood premiums, it incentivizes development in hazardous areas. In fact, researchers have found that other factors, such as the high desirability of beachfront property, road and bridge access, and the availability of public services, are equal if not bigger contributors to the increase of development in high-risk areas.

To the extent that the NFIP does help encourage such development, of course, it must be reformed to prevent that. For example, former FEMA Administrator Craig Fugate argued that future development in 100-year floodplains should be ineligible for NFIP coverage.

The NFIP was also designed as a resource for American homeowners during recovery from floods. Disaster survivors often describe recovery as “the second disaster,” a long, expensive process of cobbling together aid from savings accounts, second jobs, loans, friends, family, nonprofits, and the government.

Homeowners with flood insurance can receive substantially more money than those who are helped through FEMA’s individual-assistance program. The maximum NFIP payout is $350,000, whereas the largest possible individual-assistance payment is about $34,000. After Sandy, the average payout from FEMA’s individual-assistance program was only $8,000, compared with over $66,000 from the NFIP. Nevertheless, some survivors have struggled to access the NFIP funds they needed or were entitled to. An investigation following Sandy found evidence of poor management by both FEMA and the private insurance companies tasked with NFIP’s administration.

The extremely small number of people who carry policies also inhibits the program’s assistance in recovery. Currently, only about 5 million American households (or about 4 percent) hold flood-insurance policies, even though about 10 percent of households are located in the 100- or 500-year floodplain and face substantial risk. And the real number is likely higher, given the inaccuracy of flood maps.

These, too, are fixable problems. To improve NFIP’s effectiveness in recovery, FEMA must strengthen its oversight. The agency must provide clarity to policyholders about payout requirements and increase the number of people who buy flood insurance by updating flood maps and extending the requirement to purchase a policy to homeowners at lower risk of flooding.

Congress has, on numerous occasions, attempted to reform the NFIP so that it would avoid future debt. These efforts have consistently failed, because the financial burden they place on homeowners is so large and so politically unpalatable. As a result, the program has been caught in a cycle of short-term reauthorizations, with debt from Katrina and Sandy keeping it on the proverbial chopping block.

As attempts at reform have demonstrated, big, expensive changes to the program will be unpopular. Still, the NFIP has the potential to create safer communities and help people recover faster and more smoothly. Another way of looking at it: The federal government spent more than $100 billion on the response to and recovery from Katrina, and over $48 billion for Sandy. The NFIP’s debt of $24.6 billion is just what’s left of those bills.

That the NFIP costs American taxpayers money is the result of policy choices made over decades. We decided we weren’t going to pay up-front to avoid climate change, and we decided to build along the coasts and in floodplains. The debt the NFIP has incurred is expensive, and it will continue to grow. But it is only a small fraction of the interest on the loan that we’ve taken out on our future.

The debt also tends to overshadow the real good that the program does for Americans. Nearly 1.8 million losses have been paid out since the program’s inception. Without it, where would these survivors be in their recovery process?

Although the country has been debating whether and how to limit long-term climate change, we have done relatively little to protect ourselves from its consequences that are already here, including more flooding. The NFIP can help us manage the effects of climate change. But for it to be successful, we have to make it more effective and just — which means accepting its financial cost.