The dirty truth about oat milk 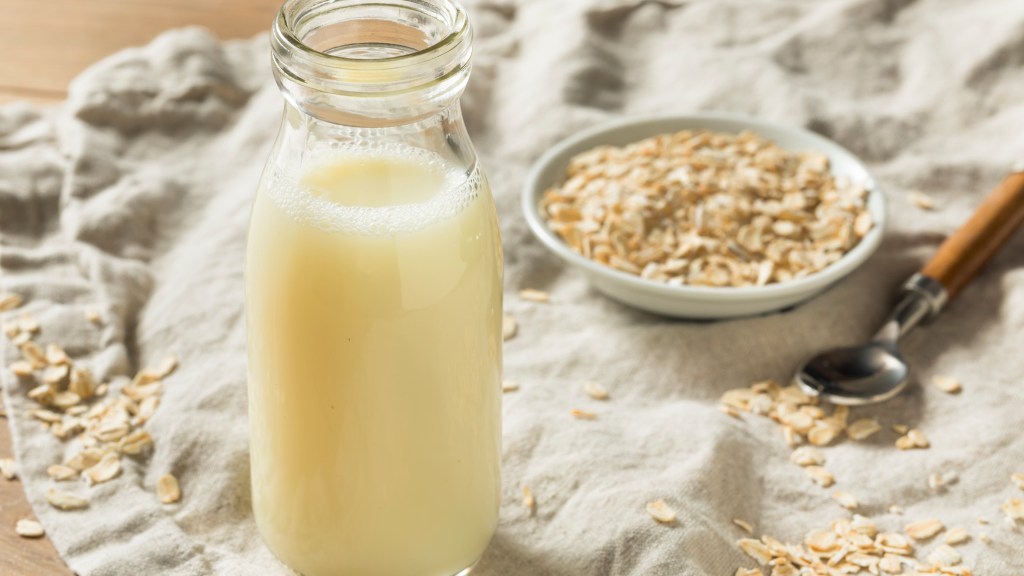 The dirty truth about oat milk

Move over, almond and soy milk: An oat milk boom, as I argued in a piece last year, could help the Midwest solve some of its most dire agricultural issues. And now there’s new research out this month to help support the case for covering the region with oats.

In states like Iowa, fertilizer runoff from corn and soybean farms pollutes drinking water and feeds algae blooms, fouling water from local lakes and rivers down to the Gulf of Mexico. These farms also lose soil to erosion at an alarming rate, compromising the region’s future as a crucial hub of the U.S. food system.

Back in 2013, I reported on “one weird trick” that could go a long way toward solving these problems: biodiversity. When farmers add more crops to their dominant corn-soybean rotation, it disrupts weed and pest patterns and means they can use fewer pesticides. It also frees up space for planting legumes, which capture nitrogen from the air and reduce the need for synthetic fertilizer. One great contender for this third crop is oats.

Earlier this month, researchers from Iowa State University and the University of Minnesota came out with a paper that adds more weight to the case for diversification. The paper reports on results from trial plots established in 2002 by Iowa State at a farm outside Ames. In one swath, the ground was planted in a two-year rotation of corn and soybeans, the standard recipe in the Midwest. In another, a three-year rotation held sway: corn, soybeans, and oats inter-planted with red clover, a legume. In the final one, the rotation was extended to four years, adding a round of alfalfa, another legume, and a forage crop for cattle.

The paper found that the longer rotations — the ones with the added crops — bring the following benefits:

Nitrogen fertilizer is a key crop nutrient, and when it’s washed away into the Midwest’s rivers and streams, it also supercharges algae growth, especially in salt water. That’s bad news for the Gulf of Mexico, where these waterways ultimately drain. Since Midwestern agriculture intensified in the 1970s, annual dead zones have been appearing in the Gulf, sucking oxygen out of the water and turning huge swaths of it into fetid dead zones. The annual Gulf dead zone fluctuates in size based on weather patterns. Last year’s turned out to be below average in area covered — but it was still the size of Delaware. In 2017, the dead zone set an all-time record, clocking in at a size four times larger than the federal target for a healthy Gulf ecosystem.

In the Iowa State farm study, the plots managed with three- and four-year rotations lost 39 percent less nitrogen to runoff than the corn-soybean control plots, partially because the presence of more nitrogen-fixing legumes in the mix reduces the need to apply synthetic nitrogen fertilizer.

And on these plots, 30 percent less phosphorus leaked away as runoff. Phosphorus is another key crop nutrient applied to farm fields, and it’s the main driver for blue-green algae blooms in freshwater bodies like lakes. These blooms produce toxins called microcystins, which, when ingested, cause nausea, vomiting, diarrhea, severe headaches, fever, and liver damage. Lakes downstream from farms throughout the Midwest have been increasingly saddled with these “harmful algae blooms” in recent years. Toledo struggles annually to keep microcystins out of its city water, which is drawn from algae-plagued Lake Erie. Freshwater blooms also generate massive amounts of methane, a greenhouse gas with 30 times the heat-trapping power of carbon dioxide.

According to Iowa State agronomist Richard Cruse, Iowa farms lose topsoil at an average rate of 5.7 tons per acre annually, versus the natural rate of regeneration of 0.5 acres per year. As soil washes away, farmland doesn’t sponge up or hold water as well, making it more vulnerable to droughts. Erosion is already reducing crop yields in Iowa, Cruse’s research has found — an effect that will accelerate if the trend continues. On the Iowa State plots planted with oats, clover, and alfalfa, erosion rates decreased by 60 percent.

Crop yields improve — and so could the bottom line

The diverse plots in the study delivered higher yields of corn and soybeans (in the years when those crops are grown), and also required drastically lower amounts of off-farm inputs like fertilizers and herbicides. (A 2012 paper on the same group of test plots found that the diverse fields require 88 percent less herbicides because the addition of another crop disrupts weed patterns.) As a result, the authors found that the more diverse plots were slightly more profitable than the control ones.

Natalie Hunt, a University of Minnesota researcher and a co-author on the study, told me that the economic analysis assumed that the oats and alfalfa generated by the biodiverse plots would find a profitable use by being fed to cattle and hogs “on-farm or on neighboring farms.” That setup works best for diversified operations that include crops as well as livestock. A farm that planted alfalfa during its fourth year of rotation, for example, could “harvest” it by simply turning cattle loose on it for munching; and the resulting beef provides an income stream.

But such farms are increasingly rare in states like Iowa, which are made up mainly of huge corn and soybean farms, and separately, an ever-growing number of massive confined hog farms, highly geared toward consuming that corn and soy.

Another obstacle, Hunt says, are the “heavily taxpayer-subsidized crop insurance programs that keep farmers locked into a corn- and soybean-producing system year after year, even when market prices are poor,” as they have been for the past several years.

She adds, though, that if consumers demanded food from the Midwest that didn’t pollute water and damage soil, the “market would respond pretty quickly” — that is, if farmers could get a premium price for crops, meat, and milk “grown with biodiversity” or some such label, farmers would have incentive to add them to their rotations. And that was precisely the thesis of my oat milk piece. I calculated that turning grain into a beverage doesn’t require nearly enough product to create a demand surge sufficient to bring oats to millions of acres of Midwestern farmland; however, it could be a lever to raise consumer awareness of the ecological damage endemic in the Midwest.

Meanwhile, oat milk does appear to be taking off. When I was researching the topic a year ago, I was able to identify two major brands: Oatly and Pacific. Now, Oatly is constructing a new factory in New Jersey to satisfy surging thirst for its product; Pepsi’s Quaker Oats is peddling a “super smooth” oat beverage; and California’s almond milk titan Califia Farms has announced plans to come out with an oat product, as has soy milk giant Silk.