The good, the bad, and the ridiculous: How media covered the National Climate Assessment 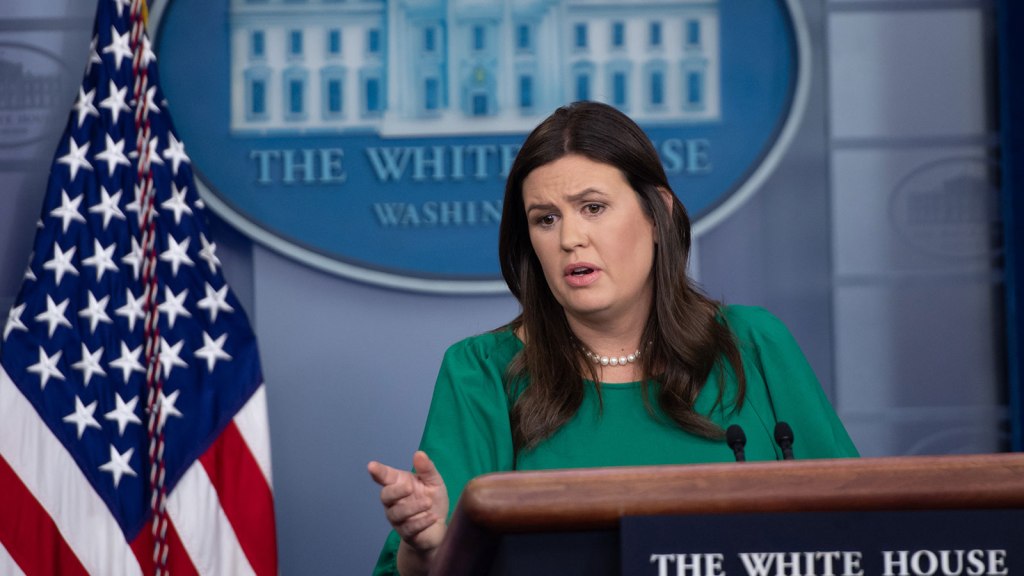 The good, the bad, and the ridiculous: How media covered the National Climate Assessment

Right-wingers’ efforts to derail media coverage of the National Climate Assessment backfired not once, but twice.

First, the Trump administration tried to bury the National Climate Assessment by releasing it on Black Friday, but that tactic bombed. It turns out that “Trump tries to bury a new climate report” is a much sexier headline than “Scientists release a new climate report.”

Then climate deniers fanned out on TV networks to spread lies and deceptive talking points about the report, but they got far more criticism than they expected, and that criticism kept climate change in the news.

Overall, the report got loads of media coverage in the days after it was released. The quality was decidedly mixed — some good, some awful — but the good coverage appears to have outweighed the bad.

At least 140 newspapers around the country featured the National Climate Assessment on their front pages the morning after it was released, according to the Columbia Journalism Review. That included The New York Times and The Washington Post, which have teams of climate reporters, and also smaller papers all over the U.S., including 20 in California. Some highlighted the ways that climate change is affecting their regions, like the Portland Press Herald in Maine:

If the release of the climate change report really was timed to bury the news, it backfired badly. It’s on the front page everywhere today. We stripped it across A1 with a second story about Northeast/Gulf of Maine impact. Because this is the most important issue of our time. pic.twitter.com/hZELULzawR

MSNBC aired some strong segments. In one, host Ali Velshi mocked President Donald Trump’s claim that his “gut” told him the report is wrong. Then Velshi interviewed climate scientist Brenda Ekwurzel of the Union of Concerned Scientists, a co-author of the assessment, who explained the report’s findings and how scientists arrived at them.

CNN served up some highly questionable coverage (more on that below), but it also did some good interviews with climate scientists and with three senators who are serious about addressing the climate crisis. CNN took a novel approach to real-time fact-checking when the White House press secretary, Sarah Huckabee Sanders, lied about the report during a press briefing. The network showed live video of Sanders, paired alongside a text bar labeled “Facts First” that corrected some of her false claims:

CNN is airing the briefing -- but this "facts first" side panel seems like a new idea pic.twitter.com/xzZOIbFTFQ

All of the Sunday morning political talk shows discussed the report on the weekend after it was released. It was the first time this year that every one of them addressed climate change on the same day. That’s how rarely they cover the crisis.

Unfortunately, we would have been better off without some of that Sunday show coverage — particularly the segments that gave airtime to rabid climate deniers. One of the worst ran on NBC’s Meet the Press and featured Danielle Pletka of the American Enterprise Institute, a conservative think tank supported by the Koch brothers. She employed a favorite denier line — “I’m not a scientist” — and then proceeded to spout pure nonsense about the globe is getting cooler.

Right-wing panelist on Meet the Press on climate change: "I'm not a scientist … We need to also recognize we had two of the coldest years, biggest drop in global temperatures that we have had since the 1980s, the biggest in the last 100 years. We don't talk about that." pic.twitter.com/OLPUZOpoKR

Egregious drivel about climate change also cropped up on CNN’s State of the Union, which asked not one but two climate deniers to weigh in on the report. Senator Joni Ernst, a Republican from Iowa, offered a bland, lukewarm serving of climate denial: “Our climate always changes and we see those ebb and flows through time.”

Former Republican Senator Rick Santorum one-upped Ernst by praising the Trump team’s attempt to bury the report and claiming that the scientists who wrote it were “driven by the money.”

CNN's Rick Santorum praises Trump administration trying to bury report on climate change: "A lot of these scientists are driven by the money" pic.twitter.com/ndwpkQHUxH

Santorum was roundly mocked on Twitter for making such a completely bananas claim. Many of the climate scientists who worked on the report were not paid at all for their efforts, and professors working in the field don’t earn more than their colleagues in other disciplines. You might have thought the widespread mockery would discourage other deniers from following suit, or at least discourage CNN from giving them a platform. You would have been wrong.

The following Monday, CNN hosted two more right-wingers who made the same ridiculous claim that climate scientists were in it for the money: Tom DeLay, who resigned as Republican House majority leader in 2005 after being convicted of money laundering and conspiracy, and Stephen Moore, a Trump-loving “economist” who’s worked for Koch-funded groups.

Then on Tuesday morning, CNN seemed like it was trying to redeem itself. It ran one segment in which CNN political analyst John Avlon fact-checked and thoroughly debunked the claim that scientists are getting rich by studying climate change, and another in which climate scientist Katharine Hayhoe explained that she and the other co-authors of the National Climate Assessment were paid “zero dollars” for their efforts.

But a few hours later, the bonkers claims were back. Both Santorum and Moore returned to CNN to repeat the lie that scientists are driven by a multi-billion-dollar climate change industry that has manufactured a false crisis. CNN’s Anderson Cooper found time to air Santorum’s warmed-over lie on his show, but failed to air an interview that he had conducted with Hayhoe. Cooper’s Hayhoe interview was only posted online.

Oh, and CNN also failed to note that Santorum, Moore, and DeLay have all received copious amounts of cash from the fossil fuel industry.

The backlash to the bad

Other media outlets bashed CNN and NBC for featuring climate deniers, leading to even more more coverage of climate change and the National Climate Assessment, mostly for the good.

The New York Times published a fact-checking piece titled, “The Baseless Claim That Climate Scientists Are ‘Driven’ by Money,” which cited and debunked statements made by Santorum and DeLay. PunditFact, a project of the fact-checking site PolitiFact, looked into Pletka’s claims and labeled them “false.”

The New York Times’ media columnist Jim Rutenberg published a story titled “News Networks Fall Short on Climate Story as Dolphins Die on the Beach,” which highlighted the false claims made by Pletka and Santorum and put them in the context of how climate change has hit Florida. The Washington Post‘s media columnist Margaret Sullivan then tweeted Rutenberg’s story.

Climate scientist Hayhoe published an op-ed in The Washington Post that debunked the myths propagated on CNN by Santorum and DeLay, among others.

WNYC’s On the Media hosted yours truly in a conversation about coverage of the National Climate Assessment, including the problem of featuring climate deniers on air.

The ABC News political analyst Matthew Dowd was just one of many influential media figures who tweeted their disapproval of segments that featured climate deniers:

Lord have mercy. @chucktodd Chuck, next time why don’t you have folks on who argue the world is flat. This is crazy. Balance shouldn’t be the goal, truth should. https://t.co/9fIxy0LWaD

The fact that some members of the media screwed up their coverage so royally meant that others kept reporting on the story longer than they might have otherwise.

Meanwhile, the folks over at Trump’s favorite network were living in their own universe, as usual. Fox News gave the National Climate Assessment very little airtime. A few straight-news segments covered it, but the most popular Fox shows didn’t. CNN media correspondent Brian Stelter pointed out that on the day of the report’s release, Fox spent more time discussing the shoes of Representative-elect Alexandria Ocasio-Cortez, Democrat from New York, than it did discussing climate change.

Considering what Fox’s top personalities would have been likely to say about the report had they bothered to cover the National Climate Assessment, it’s probably just as well that they kept quiet.