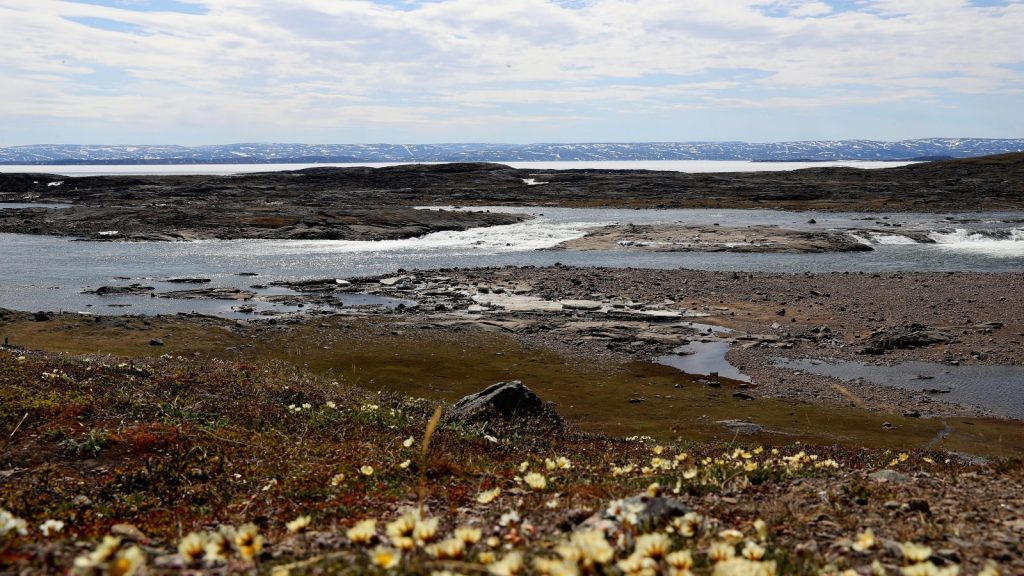 Parts of the Arctic have now melted enough to expose landscapes that had been entombed in ice for 40,000 to 115,000 years.

Scientists studying Baffin Island, Canada — a snowy mountain range rising from the Arctic Sea — have found land that was last ice free when our ancestors were dallying with Neanderthals, according to a paper published Friday in Nature Communications.

The researchers went to these newly exposed spots looking for plants frozen thousands of years ago. If this were a B-movie, they would have discovered a reanimated ice worm, or some contagion that transformed humans into mewling armadillo-people. But, because real life isn’t always so exciting, they found the remnants of frozen moss. They determined that these plants were at least 40,000 years old, suggesting that glaciers last retreated there when humans were first making their way into Europe, sketching animals and tracing their hands on cave walls.

The scientists wrote that current temperatures are now high enough to “remove all ice from Baffin Island within the next few centuries, even in the absence of additional summer warming.”

Simon Pendleton, the paper’s lead author and a doctoral researcher at the University of Colorado, Boulder, noted that these northern glaciers are on the front line of climate change. The consequences are easy to see.

“The Arctic is currently warming two to three times faster than the rest of the globe, so naturally, glaciers and ice caps are going to react faster,” he said in a statement.