The truth about satellite measurements and global warming (Hint: Ted Cruz has it wrong) 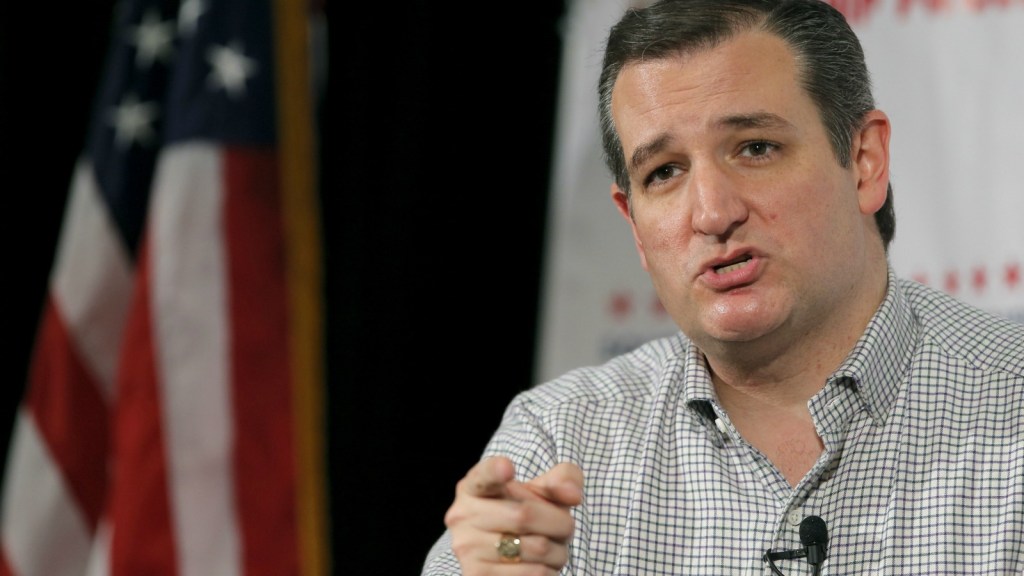 The truth about satellite measurements and global warming (Hint: Ted Cruz has it wrong)

In December, GOP senator, presidential hopeful, and outrageous science denier Ted Cruz held a Senate panel about climate change that could charitably be called a farce. He empaneled a series of people who ranged from lukewarmers (believing the Earth is warming, but it’s not dangerous, or not rapid enough to worry about now) to out-and-out head-in-the-sand deniers.

During the hearing, Cruz said a lot of completely false things, but two things he hammered over and again were the reliability of satellite data, and how those data don’t show any warming over the past 18 years* — the so-called pause.

As I’ve written many times, that “pause” doesn’t exist; we’re still getting warmer and have been for decades. He cherry-picked the data, looking only as far back as 1998, when a huge spike in temperature due to an El Niño event made it look like temperatures are flat since then (when you start high, it makes the rest of the graph look flatter). That’s hugely misleading, of course.

But it did make me wonder just how reliable the data are; I know that satellite measurements can be difficult to calibrate. Worse, satellites don’t actually measure temperature directly; they measure how much energy the Earth radiates, and that’s converted into a temperature. The conversion is dependent on a lot of theoretical models. How accurate are the models?

It turns out this is a good thing to wonder. Satellite measurements are not the most reliable method to get temperature. The folks at Yale Climate Connections have made a short video explaining this, and it’s very good. Watch!

The key thing to take away from this is that satellites measure radiance: energy radiated by the atmosphere as microwaves. They come from the air, but also from the surface, clouds, and more. Scientists then use models of what’s emitting these microwaves to disentangle all that and convert it to a temperature. But those models are sometimes not terribly accurate.

The best measurements have been and still are from thermometers in situ, at various stations across the globe, on land, over sea, and in the air. These data need adjusting sometimes too, but not nearly as much as satellite data. Thermometers more reliable.

I was also happy to see climatologist Andrew Dessler make a fantastic comment starting at the 4:00 minute mark, talking about the deniers who misrepresent or misinterpret the data:

I don’t wanna bash them, because everybody makes mistakes, and I’m gonna presume everybody’s being honest. But I would just point out that, imagine the howls you would get if climate models predicted it was warmer at night than during the day. You would hear people on the other side just screaming bloody murder: “How can you believe this, these people are incompetent, how can you possibly believe the model that has this wrong sign of the diurnal cycle in it. The physics is obviously all screwed up”. … It goes to show you the amount of confirmation bias going on in this debate. … These people accept the satellite data completely uncritically, because it tells them what they want to hear.

I’m sure many people who deny global warming and/or its effects and immediacy honestly believe what they’re saying is true, but for some of the others that honesty is difficult to grant. Dr. Dessler is a generous man.

And remember, the satellite data are one small part of a vast amount of data that overwhelmingly show our planet is warming up: retreating glaciers, huge amounts of ice melting at both poles, the “death spiral” of Arctic ice every year at the summer minimum over time, earlier annual starts of warm weather and later starts of cold weather, warming oceans, rising sea levels, ocean acidification, more extreme weather, changing weather patterns overall, earlier snow melts, and lower snow cover in the spring …

Despite the claims of people like Cruz, Roy Spencer (yes, this Roy Spencer), Rep. Lamar Smith (R-Texas), and Sen. James Inhofe (R-Okla.), we know the Earth is warming up, and we know humans are the reason why.

*I’ll give Cruz credit for one thing: He knows the word data is plural. Other than that …