Are self-driving cars legal? And if so, can I drive home drunk in one? 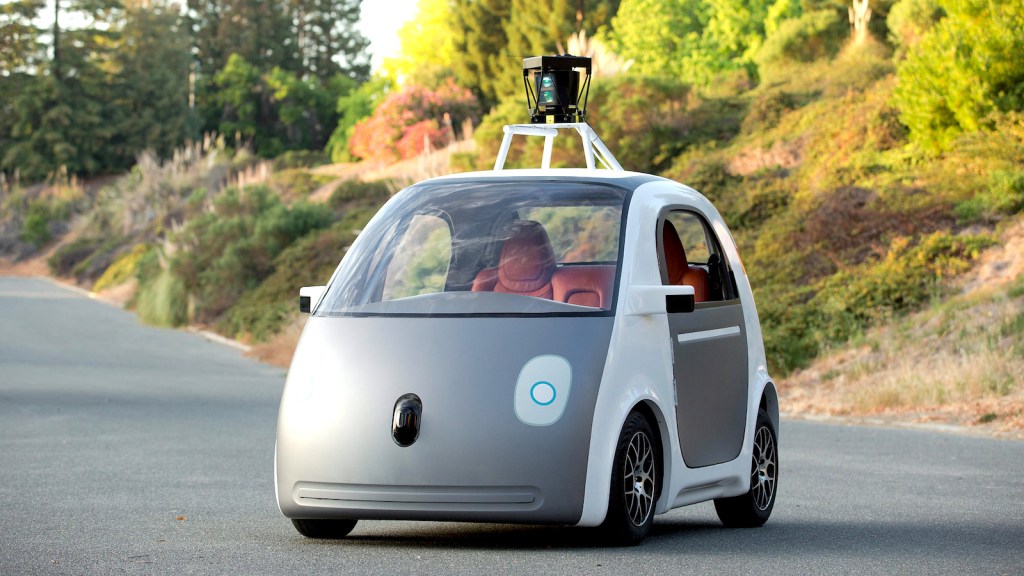 Are self-driving cars legal? And if so, can I drive home drunk in one?

It is a universally acknowledged truth that, when people are hyping a new technology, they will tend to avoid the following question: Is it legal?

Which is why, when U.S. Transportation Secretary Anthony Foxx announced earlier this week at the Detroit Auto Show that the Obama Administration is proposing spending $3.9 billion over the next decade to speed up the adoption of self-driving cars, I was impressed: A key goal of this plan is to resolve the often glossed-over question of legality.

In the Bay Area, where I live, I’ve gotten so used to technically illegal things — running an unlicensed hotel out of your apartment, operating as though you are a taxi even if you aren’t licensed as one — just barreling along until they eventually become quasi-legal, that it never occurred to me to wonder whether all the futuristic self-driving cars that are being developed right now by Google, Apple, Tesla, General Motors, et al, are legal.

Are they? I started investigating. And then I realized the most awesome, unexpected thing: The cars Google, Apple, Tesla, General Motors et al are inventing represent a bold leap forward in technology, sure — but it’s also a bold leap backward. All these companies are reinventing the horse.

That’s right. The horse was the original self-driving mode of transport. When I was a kid, one of my favorite books to check out of the library was a collection of stories about heroic horses. Most of the horses were famous, like Bucephalus, Alexander the Great’s steed. But I remembered one particular story about a regular civilian horse who had achieved the honor of inclusion by getting his drunk owner home one night, even though the bridge on the way home had washed out in a flood. No one in town (especially not the drunk rider) could figure out how the horse had done it.

So here’s the thing: A lot of our laws about what people can and can’t do on roads were written back in the age of horses. Subsequent laws might complicate the situation, but at its core, the law is favorable to the present-day self-driven car. The 1949 Geneva Convention on Road Traffic, to which the United States is a party, does not categorically prohibit automated driving — it only asks that a “vehicle or combination thereof” have a driver inside who is at all times able to step in and take control.

That means that Summon, the as-yet-unrealized feature that would enable a Tesla to drive itself all the way from New York to Los Angeles would be illegal. So would making your car go find its own parking space when you go out to a restaurant in a busy neighborhood, instead of using a valet. So would, theoretically, the beta version of Summon, which just enables a Tesla to park itself in a garage. It means that getting wasted and making your car drive you home would also be illegal — although maybe not everywhere, as this case where police could not arrest a drunken man who rode his horse down the highway back home from a daiquiri stand would illustrate (though they did manage to ticket him for something else).

Of course, the Obama Administration is only proposing this $3.9 billion expenditure; we’ll see if the president can actually get it appropriated by congress. In the meantime, it’s fun to speculate. What would it be like to live out in the suburbs and be able to drive home at 2 a.m. and not worry that every car you see on the road is being driven by someone who is completely wasted? What does it mean to be able to take full control of a vehicle? Could a police office pull you over for knitting while driving? In a world of self-driving cars would we even need traffic police?

Self-driving car technology — and whether it will actually come to pass — is pretty exciting. But for my money, the law around it is even more so. The first rules are expected to come out six months from now. I, for one, cannot wait.