The United States ranks a measly No. 26 among the world’s nations when it comes to environmental performance. That’s according to a new report from researchers at Yale and Columbia, an annual ranking of how well countries protect both ecosystems and human health.

The U.S. falls in between Canada and the Czech Republic, and well below such world superpowers as Estonia, Malta, Luxembourg, and Latvia. Who is No. 1? One of those annoying Scandinavian countries, of course. Scandies took slots No. 3 and 4 too.

Is this what a certain unnamed presidential candidate who resembles an old orange covered in seagull hair means when he talks about the need to “make America great again”? I guess he’s right: We have some work to do.

Here are the issues and indicators the researchers assessed: 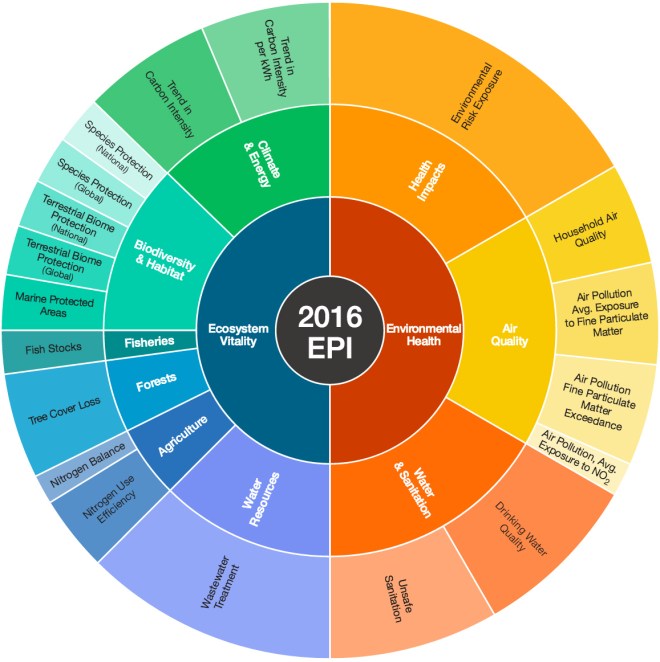 And here are the top 30 countries: