There's a new EPA air sheriff in town, and she's got a shaky grasp on climate 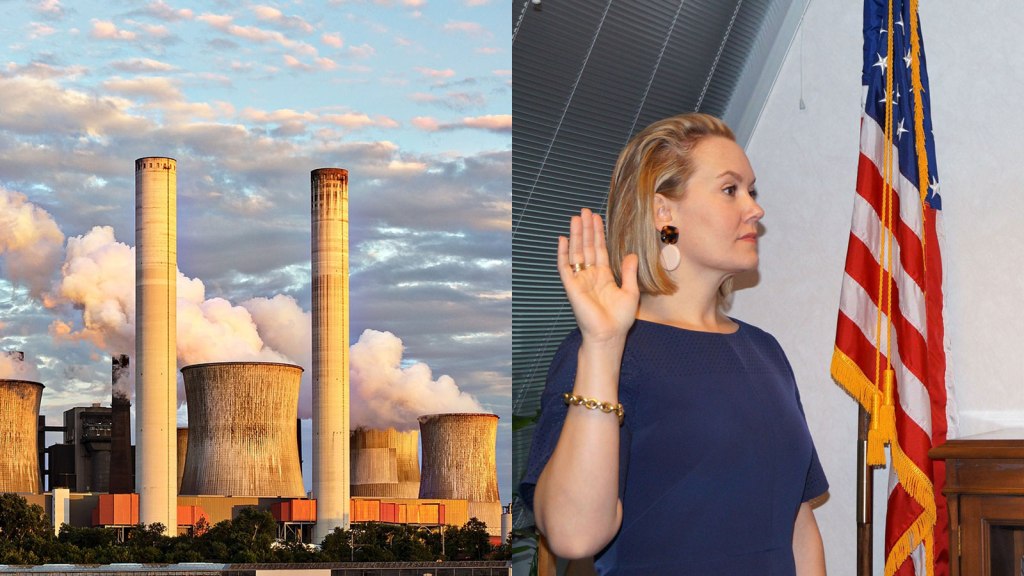 There’s a new EPA air sheriff in town, and she’s got a shaky grasp on climate

Out with one EPA official with close ties to big polluters, in with Anne Idsal, a little-known, politically connected Texan with a shaky grasp on climate science.

Bill Wehrum, the EPA’s top air quality official who helped roll back Obama-era rules, announced earlier this week that he would step down amid an ethics investigation into his ties to former clients the agency regulates. The move has opened up a spot for Idsal, who has been serving as principal deputy assistant administrator in the agency’s Office of Air and Radiation and reporting to Wehrum.

The office is a powerful part of the EPA, responsible for administering the Clean Air Act and overseeing regulations over air pollution. Historically, the office has been responsible for some of the country’s most ambitious efforts to clean up the air. But under the Trump administration, the department has taken a more business-friendly approach. Wehrum has led the charge on halting improvements to automobile efficiency standards and repealing the Obama administration’s Clean Power Plan, a policy to cut emissions from coal plants.

As interim director, Idsal will be responsible for continuing that work. The office recently replaced the Clean Power Plan with the Affordable Clean Energy rule, which loosens emissions regulations (and is sure to face legal challenges). California and 16 other states have also sued the agency over its rollback of fuel efficiency standards.

Idsal’s past statements suggest she’s likely to fall in line with Trump’s deregulatory agenda. When she was first appointed EPA Region 6 administrator in 2017, she told the Texas Observer that she wasn’t sure people had any effect on the climate. After all, the “climate has been changing since the dawn of time, well before humans ever inhabited the Earth.”

“I think it’s possible that humans have some type of impact on climate change,” she said. “I just don’t know the extent of that.”

Idsal hails from a politically well-connected family. Her grandmother, Anne Armstrong, served as an ambassador to the United Kingdom during the Ford administration, and her mother, Katharine Armstrong, was appointed by then-Governor George W. Bush to the Texas Parks and Wildlife Commission. Her family owns the Armstrong ranch where Vice President Dick Cheney shot an acquaintance, Harry Whittington, during a “canned hunt” of ring-necked pheasants.

Those connections came in handy back in 2014 when George P. Bush, son of former Florida Governor Jeb Bush, was elected to the General Land Office, a Texas agency that manages the state’s vast oil and gas resources. Bush cleared house a few months after he came into office, firing or forcing out 11 top staffers after claiming the agency faced “threat[s]…internally.”

According to the Houston Chronicle, Bush also hired 29 people who had either worked on his campaign or had political connections without posting many of the jobs publicly. Idsal was one of them. Just five years out of law school, Idsal took the job of general counsel for the Land Office, and was quickly promoted to Chief Clerk, the second-highest job in the office.

About three years later, she joined the Trump administration as head of EPA’s Region 6 office, which oversees Texas, Oklahoma, Arkansas, Louisiana, New Mexico and 66 tribal nations. During her time as administrator, Idsal frequently met with members of the oil and gas industry. Travel vouchers from last year show that Idsal flew to attend meetings and luncheons with the Oklahoma Independent Petroleum Association, the Independent Petroleum Association of America and the Louisiana Chemical Association. She also toured an Exxon Mobil facility and spoke at a conference organized by the Interstate Oil and Gas Compact Association, the quasi-governmental organization that succeeded in securing an exemption for fracking from clean water rules.

As Region 6 administrator, Idsal signed recusal statements agreeing not to participate in her “family’s closely-held corporation,” Idsal Family Properties Management, from which she expects to receive “passive income.” She also recused herself from working on matters related to Texas’ regional haze program as well as its plan to manage sulfur dioxide levels in the air, because she previously worked on those issues on behalf of the state.

If Trump decides to appoint her permanently to the role, Idsal will have to get confirmed by the Senate. Unlike Wehrum, an industry lawyer and lobbyist who was narrowly confirmed after extensive grilling, Idsal’s government work likely means she’ll face less scrutiny.