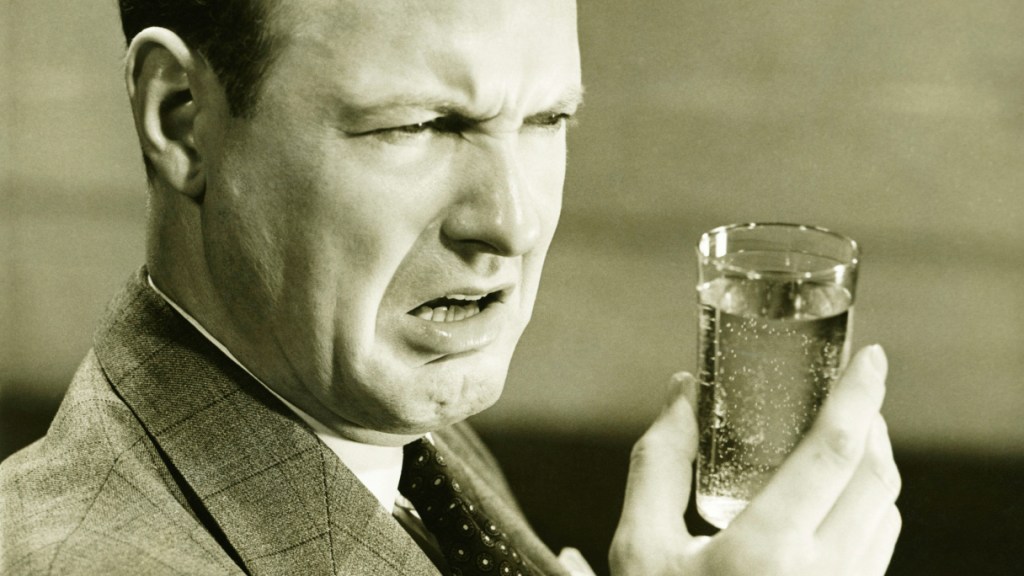 Mark and Sharon Brown of Whitehall, Mont., hit the mother lode while panning for gold. And when I say “panning for gold” what I mean is “doing the dishes.”

Earlier this week, Sharon noticed flecks of gold in the kitchen sink. There were more in the toilet tank. Sounds great, right? I mean, people pay extra to get gold in their schnapps, which I hear is delicious, so what’s wrong with a little (well, maybe a lot — at least enough to be visible to the naked eye) heavy metal in your drinking water?

[Mark Brown] showed us how they are finding the flakes in their tap water and also the toilet tank. They ran multiple tests on the flakes and found one of the most precious metals on earth — gold — was coming out of the tap.

Brown said, “Everything I tried to do to dispel this, I got nothing. And I can’t explain it either. It’s bizarre.”

Among the tests run on the gold flakes was a chemical test where a solution is used to dissolve any metal that isn’t pure gold.

Paul Harper lives next door to the Browns. He’s also seeing gold in his tap water. He deals in antiques and gold and is the one who conducted the chemical test. He told us, “There was no dissolving at all of the gold.”

Harper ran the test again for us. There was no reaction on the flakes, but when the chemical hit gold-painted foil, it melted away.

Harper and the Browns are concerned about what their findings mean for the town’s water supply and its filtration.

“If we’re seeing heavy metals that you can see with the naked eye,” said Brown, “what else might be in there?”

In what is surely a coincidence, the Golden Sunlight open pit mine, which sounds lovely, is right up the road from Whitehall. Now it should be noted that Mr. Sharon has a beard, and so, if Fox News is to be believed, is probably a terrorist. And the Whitehall Public Works department assured NBC that there was nothing to worry about from the mine.

In fact, the state recently approved a major expansion of the Golden Sunlight, so everything must be fine. No one’s ever lied about mine safety before.