These troublemakers are out to win the climate fight 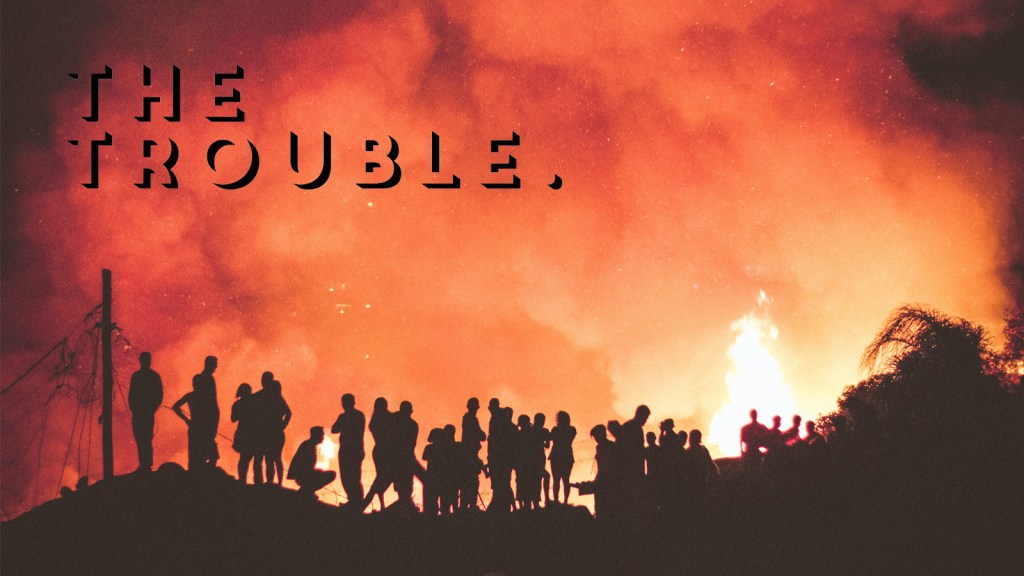 These troublemakers are out to win the climate fight

They’re studying political science at top universities. They’re conveniently situated near population centers on the East and West coasts of the United States. They’ve got a manifesto, for God’s sake! If that sounds like a plot to take over the world, well, it’s not far off: The Trouble is an up-and-coming magazine based on the notion that stopping climate change is a battle we’ve been fighting all wrong, and its founders play to win.

The idea behind The Trouble originally came from a blog Johnathan Guy and Sam Zacher started as undergrads at the University of Chicago. “We wanted to provide a thinking space for people who were trying to figure out what the hell to do,” Guy said in a recent interview.

Although the blog never really got off the ground, the idea stuck. In the spring of 2018, they met fellow climate-justice devotee Soren Dudley while visiting prospective grad schools. The three wrote a manifesto — you know, as one does with new friends — asserting that climate change is an “expression of political and class struggles that span centuries” and urging the left to get serious about strategies that’ll help solve it.

That document became The Trouble’s guiding charter, and the springboard for articles like Matthew Huber’s Five Principles of a Socialist Climate Politics and this list of lessons from an anonymous former organizer who ended up on the “other side of the negotiating table” (be tough but not ruthless, the writer says — helping politicians save face can help you make progress).

Now, the three are PhD students — Dudley at Harvard, Zacher at Yale, and Guy at UC Berkeley. They run The Trouble with a small editorial staff and whatever free time they miraculously come by. They work remotely: Dudley says she couldn’t remember how tall her co-founders were after months of communicating through Google Hangouts. And the publication is young: They’re still working to raise enough money to compensate what they hope will be a diverse group of contributors.

Still, just seven months in, they’re already causing a ruckus — and catching the eye of some big names in climate writing. I spoke with all three of them recently, thanks to the wonders of technology. Jury’s out on how tall they are. But here’s what they had to say.

Q. How’d you come up with the name The Trouble?

A. Johnathan Guy: Staying with The Trouble is a book by Donna Haraway, and I really like that phrase to describe what we’re doing. It evokes the contentiousness of climate politics: The main reason we have not decarbonized is that there are people in our society who are hellbent on that not happening.

Soren Dudley: On top of that, we want to be troubling. We kind of want to make some trouble, and pose difficulties to these monolithic institutions that have claims to pragmatism and stoicism. I think that we definitely want to be a little bit of a David to that Goliath.

JG: We jokingly call ourselves “Eco-Budz” because it’s like the antithesis of the kind of tone we wanted to strike.

SD: Yeah, that’s true, that is our group chat name. Eco-Budz. And it’s with a Z, so please note that.

Q. What exactly do you mean when you say that climate change is a matter of politics?

A. SD: Climate change is so often portrayed as a question of physics, or sort of just like an error — something to be solved, and then we go on our merry way. That’s not the case: Climate change is a necessary product of our political and economic reality — in many ways a feature, not a bug. Not only does it overlap with questions of racism and classism, gender oppression and so on — they actually spring from the same root of socio-economic and political injustice.

Sam Zacher: Climate scientists generally know what’s going on. Economists have done their work, and they have something to say about climate change. If we want to go from the problem to a better world, the work to be done there is in politics.

Q. What do you see as the gap in climate change coverage that you’re looking to fill?

A. SD: I think that what we’re trying to do is say, “This is adversarial, and we want to win. This is how we’re going to do that.” That’s something that was missing for me in climate writing: that explicitly antagonistic quality to climate politics that is so often hidden from us. I think we really want to lay that bare and address that.

JG: We really aim for all of our authors to be very explicitly prescriptive in giving advice and saying, “you should try this,” or “this is a good strategy,” or “this hasn’t worked.” And, yeah, I think that strikes a very different tone than most of the coverage about climate change that I see out there. I think that it gives us an intentionally narrower audience, but hopefully a more specific user function.

Q. Who is your target audience, then?

A. SZ: When we talk about who our audience is, we generally think about people doing organizing on the ground, people who work for more established big green advocacy groups — though, I hate that term, “green” — people thinking about policy who have a more technocratic bent, people who are running and working on campaigns, and, of course, people who have been elected that are in office. One of our subgoals is to get everyone to try to talk together more.

JG: The idea is to have a sort of forum where people can talk to each other: “OK, how do we get involved in politics? What should we be doing in politics?”

SD: I’m also interested in people who care about this and want to get involved, but have sort of like a pent-up energy or frustration or sense of helplessness. We want to galvanize people who have instincts and impulses but maybe don’t know where to direct them.

A. JG: This is exclusively Sam!

SZ: We’re doomed to fail if we think of climate change as boxed into greenness. Not that it is more important than other issues that might be categorized as environmental, but it is different, in ways: in time-scale, and in the ferocity of opposition.

SD: Something about it is like inherently jingle-y and market-friendly, and I see myself as inherently market-antagonistic. “Green” just seems like it captures an ethos that lets big business off the hook when it comes to climate change, and I’m not gonna give an inch there.

JG: No, I take it back, it sucks. We don’t just want to say, “OK, it’s good for us to decarbonize.” We’re articulating the reasons why that is, and in what particular ways we should do that — ways that are just.

SZ: It’s not about trees and the ocean. It’s about the wellbeing of humans and the the political organization of our societies.