This lead-poisoned Indiana city could be the next Flint 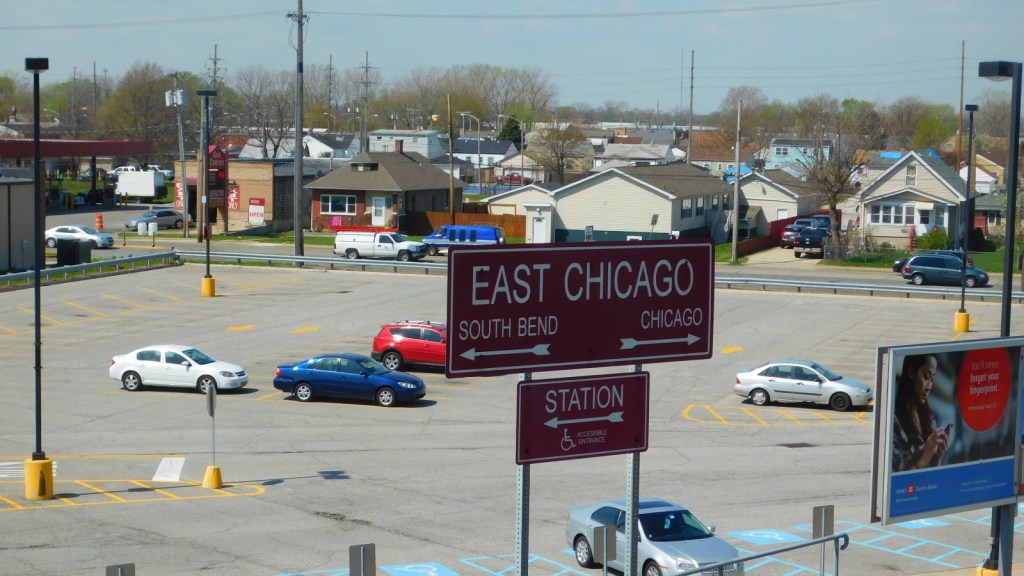 This lead-poisoned Indiana city could be the next Flint

In East Chicago, Indiana, where 90 percent of this population of 29,000 are people of color and one-third live below the poverty line, a lead crisis is unfolding and residents are concerned that the Environmental Protection Agency under Scott Pruitt is unlikely to respond.

For decades, industrial plants polluted the air and soil with lead and arsenic in East Chicago neighborhoods that included a public housing complex and an elementary school. In 2014, the EPA declared the lead plant in the area a Superfund site and began the cleanup, but a Reuters investigation in 2016 found that children living near the Superfund site still had elevated levels of lead in their blood. The EPA subsequently tested the water and found that not only did the homes in the vicinity have elevated levels of lead in their drinking water, but so did the entire city — much as Flint did during its 2014 water crisis. The EPA estimated that up to 90 percent of East Chicago homes received water through lead service lines.

In December 2016, before the EPA’s findings were made public, Mayor Anthony Copeland sent a letter to then-Gov. Mike Pence, the vice president-elect, asking him to declare a state of emergency in the city so communities could acquire financial assistance for residents being forced to relocate because of the lead contamination at the Superfund site. Pence denied the request, but it was subsequently approved by his successor, Eric Holcomb.

This month, a coalition of East Chicago residents sent a petition to the EPA renewing their request for help and asking for water filters, expanded blood level testing for children, and assurance that those affected had access to Medicaid. The petition charges that neither the city nor the state provided an adequate response to the discovery of lead in the drinking water and that the EPA has the authority to act, just as it did in Flint.

But the EPA that the community petitioned has radically changed. The appointment of Administrator Scott Pruitt, who often “disagrees” with scientific fact and was determined to gut the agency, set the stage for cutting programs that deter pollution and rolling back regulations that keep air and drinking water safe. Leaked versions of the EPA budget showed plans to slash funds for lead pollution cleanup efforts and environmental justice programs, both of which could assist the residents of East Chicago. The head of the EPA’s justice office resigned after more than two decades of service, saying the proposed cuts are a signal “that communities with environmental justice concerns may not get the attention they deserve.”

“East Chicago is precisely the kind of community to be affected by cuts,” says Anjali Waikar, an attorney from the Natural Resources Defense Council. “This is the heart of what environmental justice is. This is an opportunity for the federal government to exercise muscle and avoid another Flint disaster.”

The EPA’s Office of Environmental Justice manages several programs aimed at protecting the human health and environment in communities overburdened by environmental pollution. The Environmental Justice Small Grants Program awards funding to community-based organizations that work with communities facing such issues. With the support of such a grant, a 2013 project funded an education campaign on childhood lead poisoning in Baltimore that helped nearly 16,000 residents.

The EPA’s slow response was widely criticized in the aftermath of the Flint disaster. When he made a campaign stop in Flint, Donald Trump pledged to fix the city’s water problems if he won. “It used to be that cars were made in Flint and you couldn’t drink the water in Mexico,” he said. “And now the cars are made in Mexico and you can’t drink the water in Flint. It’s terrible.” During his confirmation hearings, Pruitt attributed the crisis to EPA’s failure to act quickly. “There should have been a more rapid response,” he said.

Shortly after the EPA received the petition from East Chicago, a spokesperson for the agency told Indiana Public Broadcasting that the agency “will review the petition and will continue to work with the city and state to protect the health of East Chicago residents.”

But East Chicago and Flint are likely not anomalies. A 2016 NRDC report found that 18 million Americans got their water from sources that had lead violations the previous year. The violations ranged from failure to treat water to reduce lead levels to failure to report lead results to the government or public.

“The states have shown that if there’s not a strong federal minimum [of water standards], it will fall below that,” says Jennifer Chavez of Earthjustice. She notes that the Trump administration’s aggressive approach to cutting regulations “is just ignoring history and evidence of what happens when regulations aren’t in place.”

Early in his campaign, Trump was clear about his dislike of environmental regulations. “Environmental Protection, what they do is a disgrace,” he told Fox News Sunday’s Chris Wallace. “Every week, they come out with new regulations.” Historically, poor communities and communities of color have been especially vulnerable to pollution and environmental waste. With abundant cheap land, poor neighborhoods are regular dumping grounds for industrial pollutants. And long-term neglect means cities with lead pipes often are ignored.

“The legacy of racial discrimination and marginalization that leaves them with fewer resources also leaves them underinvested,” says Khalil Shahyd, an environmental justice expert at the Natural Resources Defense Council. Communities with few resources are usually unable to fight back as effectively as wealthier ones. For example, the controversial Dakota Access Pipeline was originally slated to go through Bismarck, North Dakota. Residents there fought back and the route was reworked and is now slated to pass through tribal land belonging to the Standing Rock Sioux tribe. In the past, environmental justice activists have sued the EPA and various entities over environmental violations and in some cases have won.

For instance, the city of Tyler, Texas, is predominantly black and poor and was accused of violating the Clean Water Act for pumping raw sewage into the city’s water supply. A few days before Trump’s inauguration, the city settled with the EPA and the Department of Justice and agreed to pay a fine and upgrade the sanitary sewer system.

But for residents of East Chicago, the restructuring of the EPA could hinder their efforts to provide safe drinking water, and time is running out. “The disastrous effects of lead in our soil have already taken a toll on our community,” said East Chicago resident Sherry Hunter in an NRDC press release. “But lead coming through our taps takes this mess to a whole new, unacceptably horrible level.”