This map shows you what your city will feel like in 2080 and boy, are we in for a treat 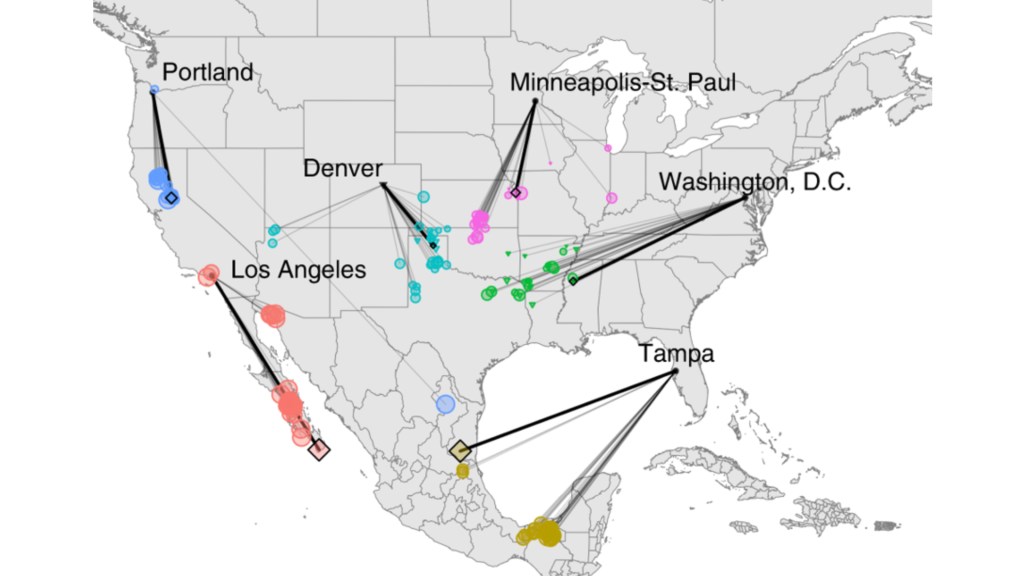 Nature Communications
this is fine

This map shows you what your city will feel like in 2080 and boy, are we in for a treat

What will your city feel like in the year 2080? If you’re a frequent traveler in these United States, you might already know. A study out Tuesday in the science journal Nature Communications breaks down future warming by drawing parallels for 540 North American urban areas.

In 60 years, New York could feel like today’s Arkansas. Chicago is on a crash course for Kansas City. San Francisco’s blustery weather is destined to warm to Southern California temperatures. Raleigh, North Carolina, will feel like Tallahassee, Florida. You get the picture. The study used the highest warming scenario, an outcome where we don’t mitigate emissions and the planet warms around 8.8 degrees F, to map it out.

This interactive map shows cities' climate-change twin city, or the place it will feel like in 2080 after the effects of climate change https://t.co/aiDTbxszkB pic.twitter.com/Ez0bZc4Qqu

As a New Yorker, I’m tempted to think a winter that’s 5 degrees warmer and around 20 percent drier wouldn’t be so bad. Fewer hours spent on a freezing subway platform? Sign me up. LA is supposed to feel like Cabo by 2080; does that mean residents of the City of Angels should be prepping for a permanent vacation? Hell no! If emissions stay on their current trajectory, the only vacation we’ll all be taking is a direct flight to purgatory.

Late last year, Grist took the latest federal climate science data and used it to break down what we can expect climate change to do to different regions by the end of the century. It’s not pretty. If warming temperatures existed in a vacuum, sure, why not take a permanent trip to Arkansas or Cabo, but rising temperatures are accompanied by a host of plagues that rival the ones Moses brought upon the people of Egypt.

My neck of the woods, the Northeast, is looking at the “the largest temperature increase in the contiguous United States.” That means more ticks, fewer dragonflies, a maple syrup deficit, delayed ski seasons, and “anxiety, depression, and post-traumatic stress disorder” following extreme weather events. Fun!

The Southeast can expect hot nights that turn hotter days into a living nightmare. And don’t even get me started on the lionfish, which is going to make its creepy way closer to the Atlantic coast as waters warm. And what of California, where Los Angelinos can expect destination-wedding temperatures? The state has mega-droughts and wildfires in store for it, among other horrors.

Now that you’re sad (sorry!), here’s the good news: If we reduce emissions and get on track for a lower emissions scenario where the planet warms 4.3 degrees F, the temperature forecast looks less scary. Case in point: in this lower scenario, New York feels like Lake Shore, Maryland, Raleigh feels like Louisiana, and LA feels like neighboring Monterey Park, California.