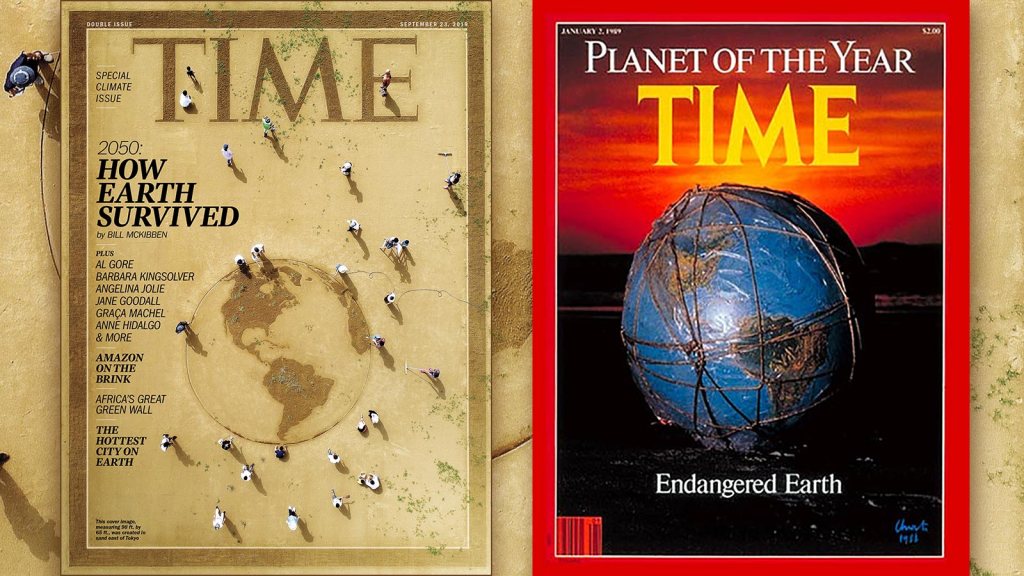 Time.com
the test of TIME

Every story in this week’s edition of TIME is about the climate crisis — one of only five times the magazine has devoted an entire issue to a single topic. “2050: The Fight for Earth” comes 30 years after TIME’s first climate issue, when they put “Endangered Earth” on the cover instead of their usual Person of the Year in 1989.

The threat to our planet posed by climate change, the TIME editorial staff decided, was “the most important story of the year.” Unfortunately, life on Earth is still in pretty imminent danger — even more than they realized it was back in 1989 — but the stories and articles just released detail how much our ability to address the climate has grown since then. We read it, of course, so you don’t have to — but we still hope you do. It’s well worth your time.

I know, reading an entire magazine’s worth of news about our heating planet probably seems like a good way to ensure that you spend the rest of your day steeped in extreme existential dread. But reading these stories actually made me feel … hopeful? Or at least, like doom isn’t necessarily inevitable (which might be the closest a climate reporter gets to hope these days).

To be sure, “2050: The Fight for Earth” is not filled with light reading material. A long multimedia piece viscerally documents the deforestation occurring in the Amazon right now. The piece is unequivocal about just how high the stakes are: “The Amazon tipping point could also lead to a cascade of other potential climate tipping points,” writes journalist Matt Sandy. “Scientists believe that these changes combined could result in runaway global warming that humans would find impossible to reverse.”

As you read more stories, a clear trend emerges: We aren’t doing enough, whether that means stopping deforestation and ocean warming, reforming manufacturing practices, or adapting to the changes already set in motion.

You’re probably thinking, that doesn’t sound hopeful at all. But the clear-eyed presentation of the severity of the problem makes me believe TIME’s writers and editors when they put forward solutions and reasons for hope. They don’t say it’ll be easy — in fact, they acknowledge it will be quite hard — and so I trust them when they say it is possible to avert the worst outcomes of global warming.

So what could we be doing? The issue includes an overview of much-needed technological innovations that are on the horizon. Profiles of 15 women leading the climate movement illustrate that many people, especially those who will bear more of the consequences of a hotter planet, are already doing incredible work to avert those outcomes. Al Gore chimes in (it’s the TIME climate issue — did you really think Al Gore wouldn’t be in this thing?) with a similar message: We need to support the work of young, frontline activists.

It’s easy for journalists to inspire despair when writing about something as dire as climate change or simply fall into the trap of oversimplifying the issue and making unrealistic promises about what options are still on the table. But especially given the dearth of climate coverage we’ve seen in past years, a whole issue that realistically, honestly examines how we may be able to move forward feels like a win worth celebrating.