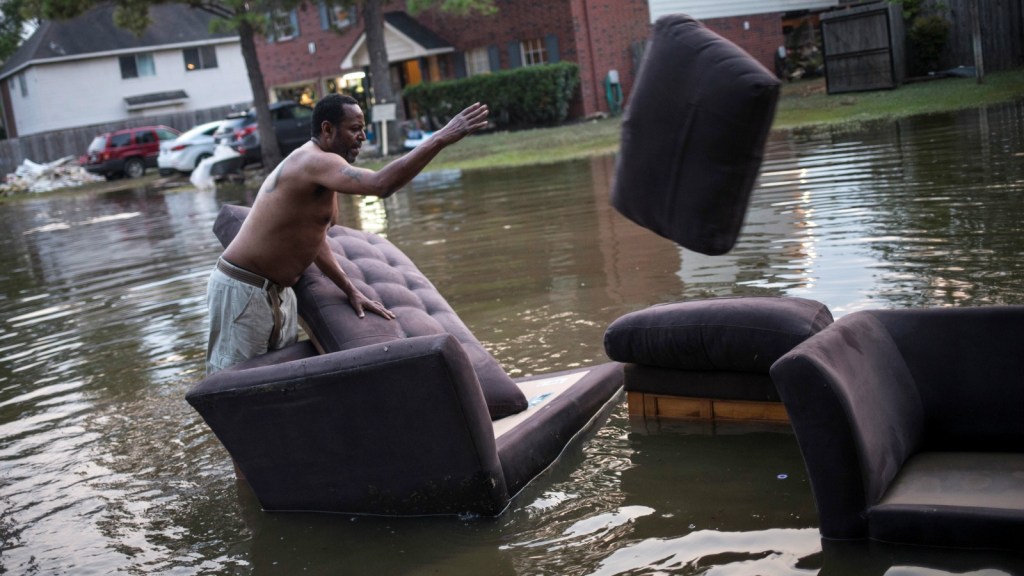 Last month, Hurricane Harvey dropped an unprecedented 50 inches of rain in Houston and across southeast Texas causing deadly floods and environmental disasters, such as chemical plant explosions and flooded toxic sites. Now, residents have another problem to worry about.

According to tests organized by the New York Times and conducted by a team from Baylor Medical College and Rice University, the floodwaters in two Houston neighborhoods have been contaminated with toxins and bacteria that can make people sick. It’s unclear where else these toxins might have spread, but 40 of 1,219 waste treatment plants are not functioning:

The results of The Times’s testing were troubling. Water flowing down Briarhills Parkway in the Houston Energy Corridor contained Escherichia coli, a measure of fecal contamination, at a level more than four times that considered safe.

In the Clayton Homes public housing development downtown, along the Buffalo Bayou, scientists found what they considered astonishingly high levels of E. coli in standing water in one family’s living room — levels 135 times those considered safe — as well as elevated levels of lead, arsenic, and other heavy metals in sediment from the floodwaters in the kitchen.

“There’s pretty clearly sewage contamination, and it’s more concentrated inside the home than outside the home,” said Lauren Stadler, an assistant professor of civil and environmental engineering at Rice University who participated in The Times’s research.

Houston residents who have returned to survey their homes and salvage belongings reported a stench in the air and feeling sick afterwards:

Brad Greer, 49, developed two scabby infections on each of his legs where rain boots had irritated his skin. He took antibiotics, but on Saturday, he said, he started feeling light-headed and weak as he and his brother-in-law tried to move possessions from Mr. Greer’s flooded home.

He went to the emergency room at Houston Methodist, where he was put on an intravenous drip and given another antibiotic prescription. Mr. Greer said swimming pools around his neighborhood are rank.

“All the pools are just giant toilets you’re unable to flush,” he said.

The medical team that tested the water is concerned about residents wading through the toxic waters. “If people have bad headaches, respiratory problems, swelling of a limb, or a bad rash, go see a doctor right away,” Winifred Hamilton, the environmental health service director at Baylor College of Medicine, told the New York Times. “Don’t assume it will go away on its own.”