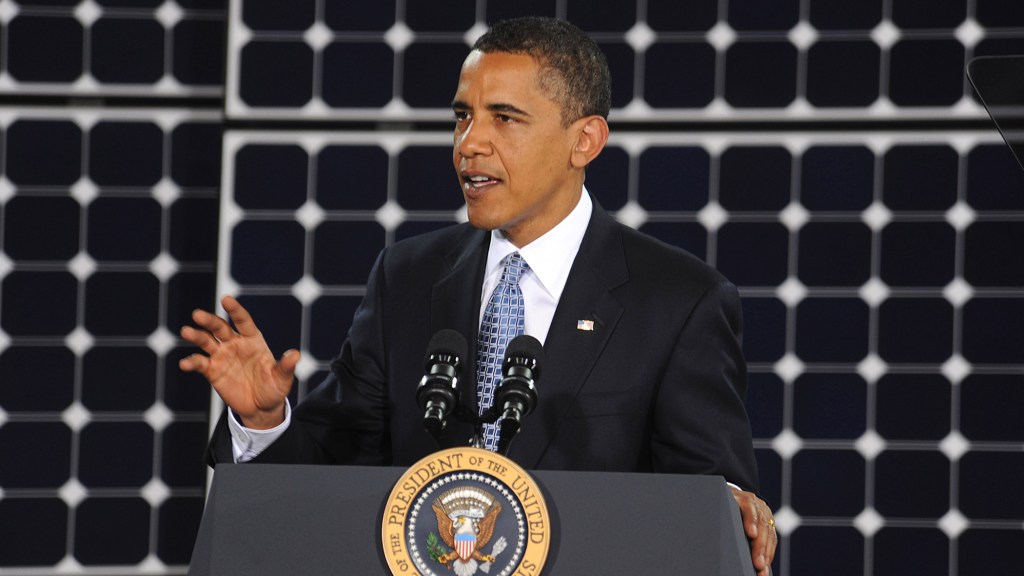 Two bills in the Senate would require the country to get at least 25 percent renewable electricity by 2025, but neither has a chance in hell of making it to Obama’s desk. Thanks, Republicans! So the president is doing what he can without approval from Congress: requiring the federal government to get more of its power from renewable sources.

President Obama says the U.S. government “must lead by example” when it comes to safeguarding the environment, so he’s ordering federal agencies to use more clean energy.

Under a presidential memorandum out Thursday, each agency would have until 2020 to get 20 percent of its electricity from renewable supplies. …

Agencies are supposed to build their own facilities when they can, or buy clean energy from wind farms and solar facilities. …

The memo also directs federal agencies to increase energy efficiency in its buildings and its power management systems.

The U.S. government currently gets about 7.5 percent of its electricity from renewables, so the new goal would almost triple that percentage.

With today’s memorandum, Obama follows through on a promise he made in his big climate speech in June. We’re looking forward to him keeping the rest of the promises from that speech.