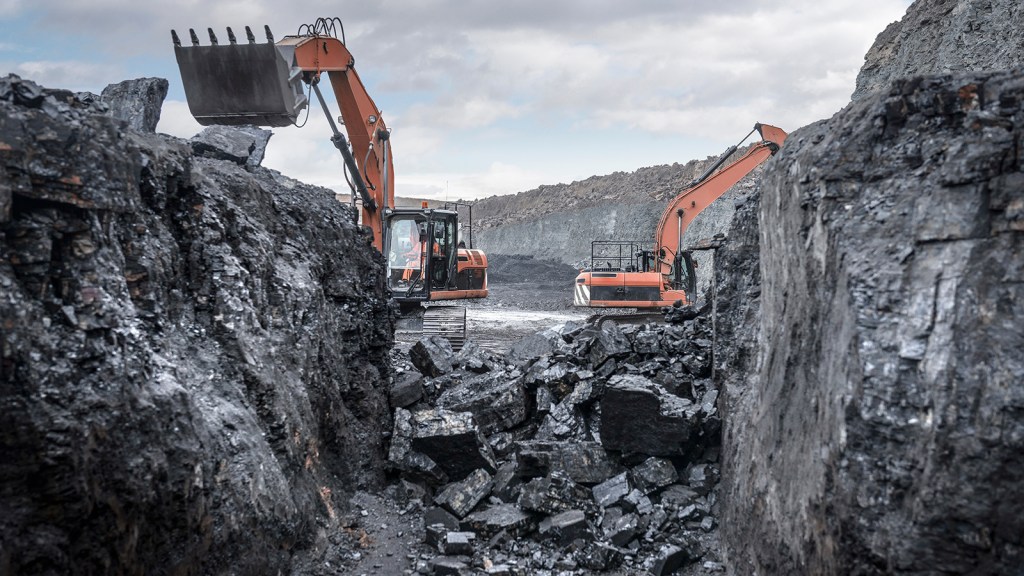 President Donald Trump claimed in September that he did away with the Clean Power Plan, one of the Obama administration’s most ambitious efforts for tackling climate change. The plan was the first to set a limit on carbon pollution from existing power plants. Dispensing with the regulation, Trump told a rally in Alabama, was simple as, “boom, gone.”

Of course the reality is more complicated. Because the Clean Power Plan is a finalized regulation from the EPA, the agency also has to put forward its justification for repealing it. During an appearance on Monday at the coal-mining town of Hazard, Kentucky, administrator Scott Pruitt announced his plans to sign the draft proposal to repeal the 2015 climate rule.

“The war on coal is over,” Pruitt said. “Tomorrow in Washington, D.C., I will be signing a proposed rule to roll back the Clean Power Plan. No better place to make that announcement than Hazard, Kentucky.”

The Clean Power Plan was crafted to cut carbon pollution from existing power plants 32 percent by 2030, by having states devise their own proposals for creating a pollution-cutting mix of renewables, gas, nuclear, and energy efficiency. But the Supreme Court stayed the rule in 2015, so its implementation stalled while the U.S. Court of Appeals for the District of Columbia Circuit heard the case brought by 26 states and coal companies like Murray Energy, which is owned by Trump donor Bob Murray. So far, the court hasn’t ruled, waiting to see what the Trump administration does next.

Another wrinkle is that the Trump administration eventually has to do something because it technically can’t ignore the EPA’s determination that greenhouse gases endanger public health, a finding compelled by a landmark Supreme Court decision in 2007. If they do nothing, they still risk lawsuits for not enforcing the Clean Air Act.

As I reported in August:

Whatever the administration decides, it will need to publish a written justification, which will be scrutinized by environmental groups in a likely lawsuit on the decision. The administration faces a similar quandary that plagued the GOP during the health care fight: Repeal the Clean Power Plan outright, or replace it with a shell of a rule?

According to a leaked draft of the EPA’s proposal, the Trump administration is choosing the first option — but with a twist. The 43-page document lays out the reasoning for repealing the rule by stressing the costs of implementation without factoring in the benefits from air pollution reduction and its contribution to combating climate change. The public is also invited to comment on alternatives for replacing it, without the EPA proposing any replacement of its own.

Janet McCabe, former head of the EPA office of air and radiation, explained that seeking input before even proposing a replacement “is not a legally necessary step.” Agencies use this step “sometimes to seek broad input before they put their own thoughts down into a proposal, which necessarily signals a particular policy and legal direction.”

A former EPA attorney that helped craft the Clean Power Plan told Mother Jones that the agency’s invitation to the public to comment is actually its own stalling tactic. The extra step pushes back the EPA’s regulatory timeline for nine months, at least. The reason the status quo appeals to the administration’s coal allies is that the implementation of the Clean Power Plan was delayed by the Supreme Court while current legal challenges played out. The coal industry only gains by the EPA delaying a replacement climate regulation, because the longer it’s put off, the longer it can pollute without limit. By stalling, Pruitt kicks the can down the road, by betting that the status quo of no rule in place is better than a replacement.

“Pruitt doesn’t believe in this stuff, so he’s actually in a paradoxical position,” says Joe Goffman, the former EPA attorney who is now at Harvard Law School’s environmental program. “If they do propose a replacement for the Clean Power Plan, what he’ll be doing is putting his signature on the proposal which will require to some extent power plants to address their carbon emissions.”

Nothing Pruitt is proposing now changes the underlying legal and scientific reasoning for why the EPA needs to do something on carbon emissions from the coal sector. Natural Resource Defense Council’s Climate and Clean Air Director David Doniger says the administration’s strategy is basically “replacing the Clean Power Plan with a dirty power plan.”