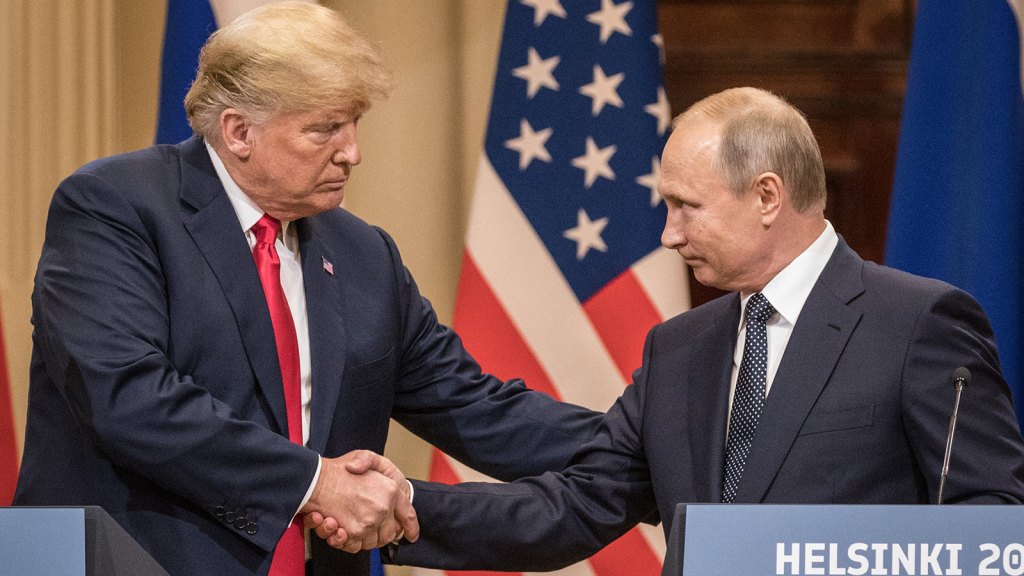 Eric Holthaus is a meteorologist and columnist for Grist, covering climate science, policy, and solutions. He has previously written for the Wall Street Journal, Slate, and a variety of other publications.

Whether Russia meddled in the U.S. presidential election in 2016 is not up for serious debate — numerous intelligence agencies, both foreign and domestic, concluded it did.

During a joint press conference with President Donald Trump in Helsinki on Monday, Russian President Vladimir Putin went a long way toward answering why.

“I did [want Trump to win] because he talked about bringing the U.S.-Russia relationship back to normal,” Putin said.

That statement was widely covered, but I’m convinced something else Putin said during the press conference is more important.

Some close observers have drawn this connection before, but it’s worth saying again explicitly: There’s no way to understand Trump’s relationship with Russia without putting oil and climate politics at its center. If you’re upset at Trump and Putin for undermining our democracy, just wait until you find out that they are likely colluding to destroy our planet’s climate system, too.

After Monday’s meeting in Helsinki, it’s clearer than ever that we are at a crucial moment in our American democracy as well as in the biggest and most important fight we’ve ever had — the fight against climate change.

Fossil fuels still power 80 percent of the world’s economy, and the leaders of that dying industry might start acting in desperation to stave off its decline. You can see why rapidly eliminating dirty energy sources — exactly what science says we have to do — might be fiercely opposed by politicians who have a substantial stake in their success.

Russia is a petrostate, and the U.S. is now, too. In fact, the two countries are the world’s largest non-OPEC oil producers, extracting nearly as much as all OPEC countries combined. They also own an even greater share of the global natural gas market: Added together the two countries produce six times more natural gas than the rest of the world.

By working together, they can keep the global economy swimming in oil and gas.

And what’s the primary force working against the fossil fuel industry these days? Climate activists. It’s not difficult to see the Trump-Putin alliance as a deliberate attempt to delay action on climate change. Consider these moves:

From their comments leading up to Monday’s meeting, it’s clear that Trump and Putin see the oil and gas industry as a critical component to their working relationship.

But here’s the thing: They will lose. Radical action on climate change is now inevitable, and the era of fossil fuels is quickly drawing to a close. Either the world bands together to shift culture and the status quo away from fossil fuels, or the climate system will do it for us.

With the costs of counteracting climate change coming down and the risk of locking in existential damages rising by the day, the only reason to delay is greed. And the truth is, now that more people than ever support action on climate change, it’s strong democratic institutions that are a direct threat to the oil industry.

The quicker we resolve to move away from our dependence on fossil fuels, the quicker Putin and Trump will become powerless.