Trump halted a study of coal's health effects in Appalachia 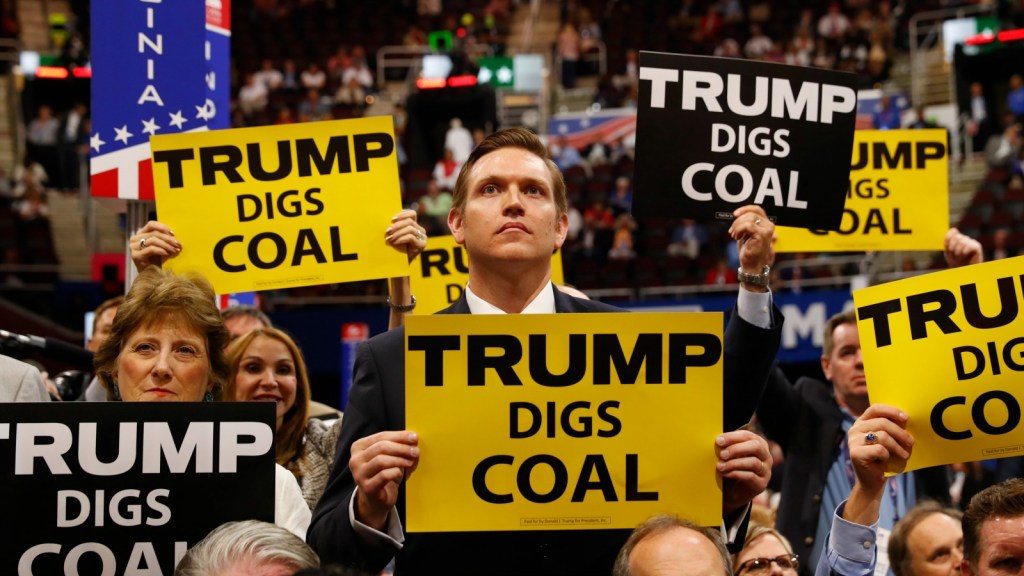 Trump halted a study of coal’s health effects in Appalachia

The Trump administration has told the National Academy of Sciences to stop working on a study about the potential health risks for people living near mountaintop coal-removing sites in Central Appalachia.

“Everyone knows there are major health risks living near mountaintop removal coal mining sites,” Bill Price, the senior Appalachia organizer at the Sierra Club, said in a statement. “It’s infuriating that Trump would halt this study on the health effects of mountaintop removal coal mining, research that people in Appalachia have been demanding for years.”

In 2014, a West Virginia University study found that dust from mountaintop removal coal-mining sites was linked to increased incidences of lung cancer. The following year, the state formally asked the Obama administration for help in studying these health effects, and in 2016, the Office of Surface Mining Reclamation and Enforcement (OSMRE) gave the NAS $1 million to determine the human health effects for people living near coal mine operations.

But last week, in an Aug. 18 letter to the National Academy of Sciences (NAS), the OSMRE said that the Department of the Interior has begun an agency-wide review of all its grants and cooperative agreements that exceed $100,000, as part of the department’s “changing budget situation” and that the agency should halt all work on the study. The NAS says that it is ready to resume work on the study when the review is complete.

“Communities living with daily health threats were counting on finally getting the full story from the professionals at the National Academies of Science,” Price said. “To take that away without warning or adequate reason is beyond heartless.”

Not only can coal have an impact on public health, burning it releases carbon dioxide, a greenhouse gas that contributes to global warming. Nonetheless, the Trump administration has been aligned with climate skeptics, and throughout his campaign and presidency, Trump expressed support for the coal industry.

When he announced a new agenda for the EPA, Administrator Scott Pruitt told a group of coal miners that “the coal industry was nearly devastated by years of regulatory overreach, but with new direction from President Trump, we are helping to turn things around for these miners.” At an Iowa rally in June, Trump promised to put coal miners back to work. “We’ve ended the war on clean, beautiful coal,” he said.

Bill Price, from the Sierra Club, says that revoking this study demonstrates the administration’s real priorities when it comes to coal. “It appears that the only people Trump cares about in Appalachia are coal executives,” he wrote, “not the people who’ve lived and worked here for generations.”