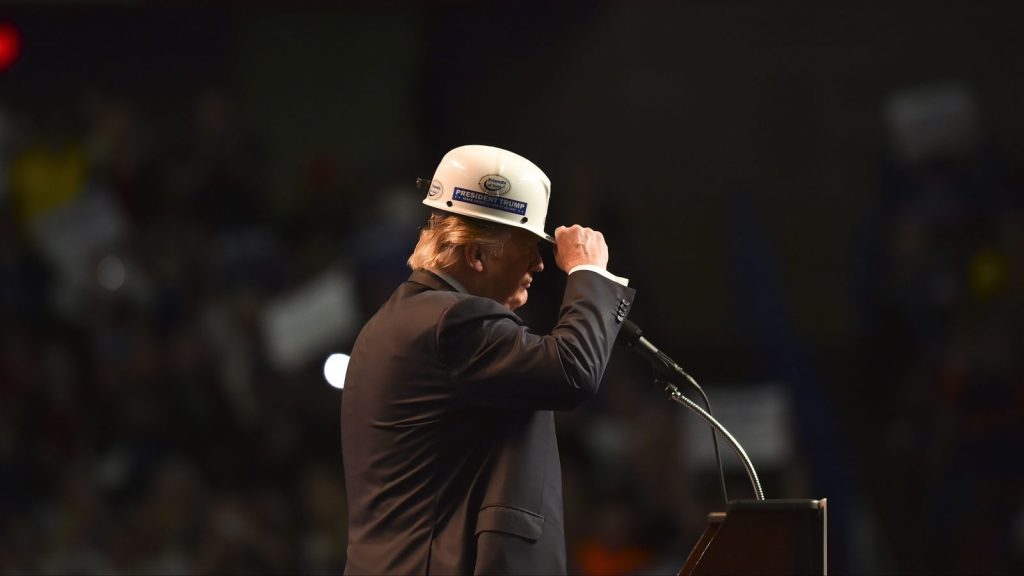 Donald Trump issued on Monday an Earth Day proclamation that omitted any mention of climate change or the cavalcade of environmental threats posed by deforestation, species loss, and plastic pollution. The president chose instead to praise the benefits of a “strong market economy.”

In response, one leading climate scientist said Trump’s environmental policy was “in many cases the antithesis of protection.” The executive director of the Sierra Club said Trump was “the worst president for the environment our nation has ever had.”

Trump praised the “abundant beauty and life-sustaining bounty” of the American environment but did not echo growing warnings from scientists over rising temperatures or the precipitous decline of many species.

“A strong market economy is essential to protecting our critical natural resources and fostering a legacy of conservation. My administration is committed to being effective stewards of our environment while encouraging opportunities for American workers and their families.”

Trump added: “At the same time that our nation is experiencing historic economic and job growth, our air and water quality ranks among the highest in the world.” He stated that his administration has “expanded support for conservation of land, water and wildlife.”

Last year, U.S. government scientists issued a 1,000-page climate change assessment that warned the country faces hundreds of billions of dollars in economic losses due to rising temperatures, flooding, and wildfires. Thousands of Americans are expected to die in worsening heatwaves, with diseases such as West Nile, dengue fever, chikungunya, and Lyme set to expand in range as temperatures rise and rainfall patterns change.

“The fact that they’re not mentioning what many consider to be the gravest existential threat facing humanity is a good indication of the priorities of this administration,” said Andrew Dessler, a climate scientist at Texas A&M University.

“The clear priority of the administration is extracting unsustainable short-term profits from the environment, which is in many cases the antithesis of environmental protection. This is not surprising.”

Michael Brune, executive director of the Sierra Club, called Trump “the worst president for the environment our nation has ever had,” adding: “He has regularly and consistently prioritized the profits of corporate polluters over clean air, clean water and the health of our communities.

“The fact that he continues to ignore the climate crisis endangers the nation and will be viewed by history with scorn.”

Trump has routinely disparaged climate science and has attempted to dismantle every major policy aimed at lowering planet-warming emissions, favoring a watered down alternative his administration admits would cause an extra 1,400 deaths a year from air pollution. In June 2017, he announced the withdrawal of the U.S. from the Paris climate deal.

The administration has thrown open vast tracts of public land and almost all U.S. waters to oil, gas, and coal mining, removed protections from some prized landscapes, and scrapped rules that stopped mining waste being dumped into rivers.

Trump, who recently erroneously claimed that wind turbines cause cancer, has repeatedly stated that the U.S. has some of the cleanest air and water in the world.

In fact, while the U.S.’s air is generally far healthier than growing economic powers such as China and India, the American Lung Association has pointed out that 4 in 10 Americans still live in counties with harmful levels of smog.

Millions of Americans are also exposed to drinking water containing industrial chemicals, while lead in water remains a widespread issue five years after the notorious contamination in Flint, Michigan.