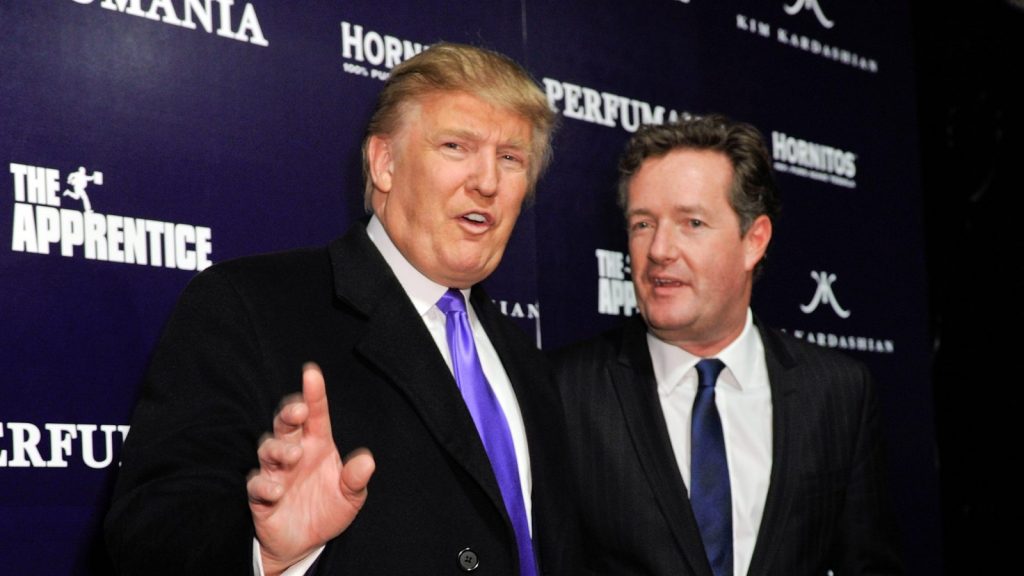 Now, remarks from President Donald Trump on the issue, which were also recorded in Davos but aired in Britain Sunday evening, are providing additional context to Macron’s spot-on mockery.

“There is a cooling and there’s a heating,” Trump told Piers Morgan in an interview with Britain’s ITV. “I mean, look, it used to not be climate change, it used to be global warming. That wasn’t working too well because it was getting too cold all over the place.”

He then addressed the subject of polar ice cap melting. “The ice caps were going to melt, they were going to be gone by now, but now they’re setting records,” Trump said. “They’re at a record level.”

In reality, human-made global warming has far outpaced any short-term cooling. Nevertheless, climate change skeptics regularly cherry-pick such data points that fail to account for long-term trends, which consistently show that the planet’s temperature is rising.

Like Trump’s past musings on global warming, his latest observations fly in the face of overwhelming scientific evidence. They also recall a May Politico report in which Trump fell for a hoax Time magazine cover that supposedly warned about a coming ice age. K.T. McFarland, the former deputy national security adviser, reportedly snuck the fake cover onto Trump’s desk with the intention of irritating Trump on the topic of climate change.

A White House official defended McFarland, saying that the cover was “fake but accurate.” Whatever that means.