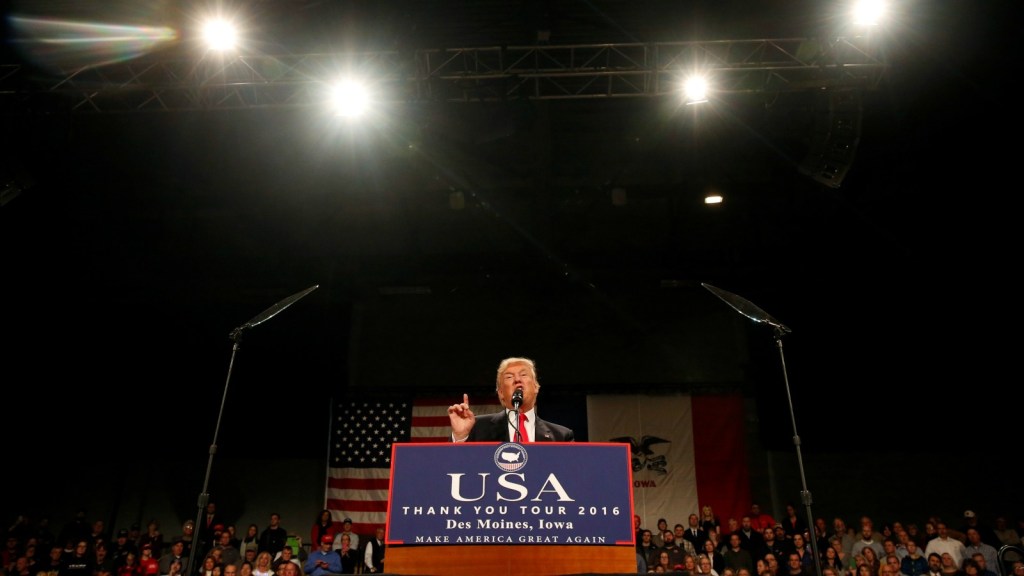 Donald Trump aides are attempting to identify Department of Energy staffers who played a role in promoting President Barack Obama’s climate policies, according to details of a leaked transition team questionnaire published by Bloomberg Thursday night.

The transition team has asked the agency to list employees and contractors who attended United Nations climate meetings, along with those who helped develop the Obama administration’s social cost of carbon metrics, used to estimate and justify the climate benefits of new rules. The advisers are also seeking information on agency loan programs, research activities, and the basis for its statistics, according to a five-page internal document circulated by the Energy Department on Wednesday. The document lays out 65 questions from the Trump transition team, sources within the agency said.

Bloomberg goes on to say the document was confirmed by two Energy Department employees, who said agency staff were “unsettled” by the request. Someone in Trump’s transition team also confirmed the authenticity of the document to Bloomberg.

Leading Trump’s energy transition team is Tom Pyle, who is currently the president of the American Energy Alliance. Pyle was previously a policy analyst for former Rep. Tom DeLay (R-Texas) before becoming director of federal affairs for Koch Industries.

The president-elect isn’t a fan of climate action: He has promised to end America’s involvement in the Paris climate agreement and cancel financial contributions to U.N. climate programs, and he has claimed that global warming is a scam invented by the Chinese. (He later suggested he was joking about China’s role, but regardless, he has repeatedly called climate change a “hoax.”) You can read an entire timeline of Trump’s various — and at times contradictory — statements on climate change here.

Trump has also assembled a team of climate change deniers, including Scott Pruitt, the Oklahoma attorney general, who Trump nominated to run the Environmental Protection Agency. Read a full list of the global warming deniers and opponents of climate action who are vying for positions in the Trump administration here.