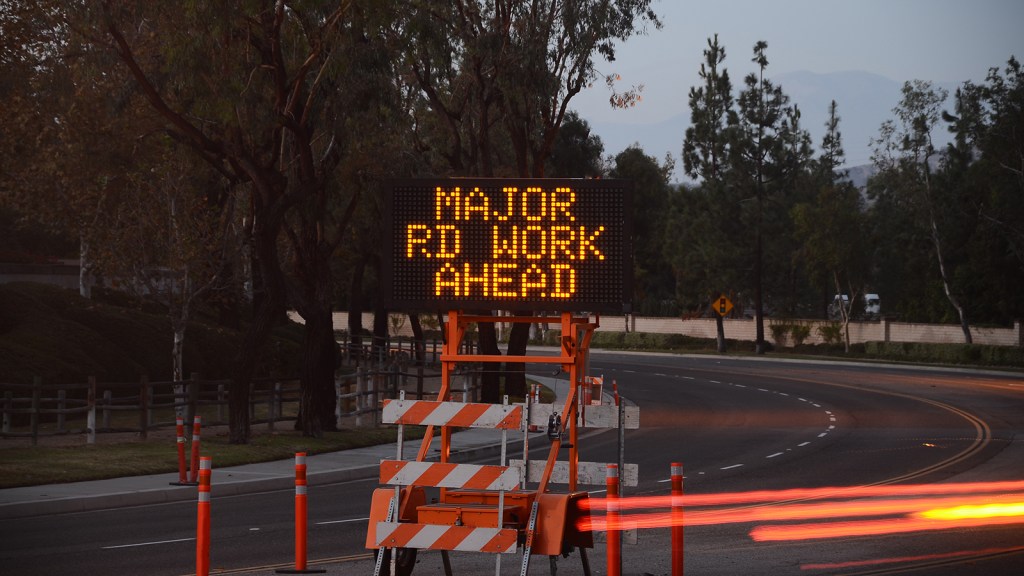 Donald Trump has made rebuilding America’s decrepit infrastructure a centerpiece of his political pitch. And it seems many top Democrats are optimistic about it.

The problem is that what Trump has actually proposed isn’t what our infrastructure needs.

“If you want a plan that is going to be economically transformational and deal with the fact of climate change, this is not your plan,” says Nell Abernathy, vice president of research and policy at the Roosevelt Institute, a progressive think tank in New York City. “It’s good for corporations and private interests. It’s bad for the average American and long-term economic performance.”

Many progressives who have examined Trump’s infrastructure scheme are appalled by it. Sen. Bernie Sanders, who made a big infrastructure spending proposal part of his presidential campaign platform, said he would work with Trump on policies that “improve the lives of working families.” After later looking at Trump’s infrastructure plan, Sanders described it as “a scam that gives massive tax breaks to large companies and billionaires on Wall Street.”

Our bridges, roads, and rails are in desperate shape. The gasoline tax hasn’t been raised since 1993, even to keep pace with inflation, so federal transportation investment has steadily fallen. As a result, the country has too many structurally deficient bridges at risk of collapse, roads pockmarked with potholes, and trains that move slower than they did a century ago because the tracks are so old. The American Society of Civil Engineers gives U.S. infrastructure a D+ on its report card and estimates that the country needs $3.6 trillion in infrastructure investment by 2020.

But as it’s laid out now, Trump’s $137 billion proposal would not address any of those needs. Here are the six main reasons why:

1. It’s a tax cut, not government spending for public investment

Trump’s plan would not direct money to fix roads, sewers, airports, and train lines. Instead, the government would grant tax credits to corporations and private equity firms that finance construction projects. It’s a much less efficient and less effective way of getting things done, but taxpayers still pick up the bill.

When government actually spends the money, it gets to decide what to spend it on. But when it subsidizes private investment, investors can pick the projects and keep a profit for themselves.

2. It will leave behind the most disadvantaged communities

Private investors’ chief concern is getting the best return on their investment, not what’s best for the public. Depend on them to rebuild the country’s infrastructure, and you’re sure to wind up with plenty of new toll roads in affluent suburbs, where people will pay for the privilege of avoiding traffic. Analysts say that Trump’s proposal suggests pipelines and other private projects would also get tax credits.

What about the investments we really need, like repairing inner-city cracked streets and sidewalks, creaky train tunnels, and decaying water pipes in impoverished inner-cities? They’re likely to get worse. Sure, there are long-term economic benefits for the country if the government ensures the children of Flint have clean drinking water. But there’s no easy way for an investor to turn a profit on it.

“There’s a lot of risk involved because mega-projects end up costing a lot more than initially projected,” says Deron Lovaas, a senior urban policy advisor at the Natural Resources Defense Council. “These are risky projects, a lot of them fail. The private sector tends to be pretty picky about them.”

The tax credits don’t have to be used for new projects or ones that wouldn’t be financed without the subsidy, as Ron Klain, who oversaw the infrastructure investments of the American Recovery Act in the Obama White House, explains in The Washington Post. Its design could simply pad investors’ profit margins in existing or already planned projects.

5. It will not spend money efficiently

Trump is an expert at putting his name on flashy new developments. But what the country needs most, and what would bring the most benefit per dollar, is an overhaul of its existing infrastructure.

“What we need in transportation is money to take care of deferred maintenance to roads and rail,” says Lovaas.

A better plan would help pay for the adoption of new technologies. Installing automated monitoring systems on a bridge to scan for structural degradation could avert a collapse. Installing “smart traffic signals” that coordinate traffic lights with current conditions could save time and reduce air pollution.

“That’s not sexy but it’s the most cost-effective,” Lovaas says. “You get a lot more bang for the buck if you replace all the traffic signals nationwide with smart traffic signals than building a shiny new toll road.”

6. It ignores one of the biggest threats of all: the Chinese hoax known as climate change

A smart infrastructure program would favor projects that reduce carbon emissions over ones that increase them. That means favoring mass transit, sidewalks, and bike lanes instead of building new highways. It means improving the electrical grid instead of planning new fossil-fuel pipelines, and supporting projects that will hold up better in a future of higher temperatures and sea levels.

In short, Trump’s plan would suck up political energy, media attention, and tax revenue that would be better spent on a genuine effort to rebuild our crumbling, aging infrastructure. That’s worse than no plan at all.

More in Feature All Feature