Trump's climate 'plan' is finally here, and it's already headed to court 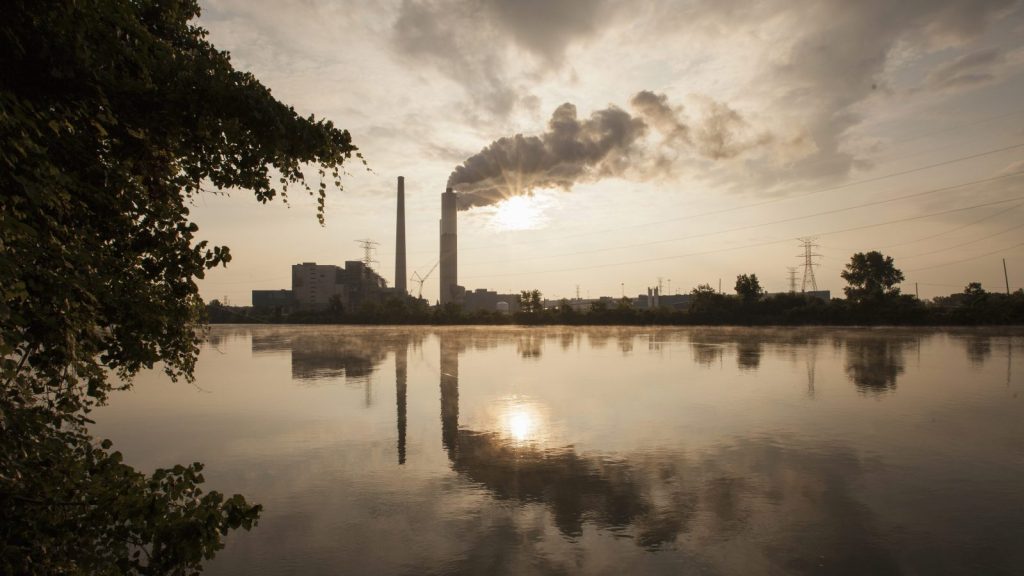 The Trump administration just placed a nail in the coffin of the Obama-era Clean Power Plan, which had for the first time required states to set goals aimed at reducing carbon emissions coming from power plants. Today the Environmental Protection Agency finalized its replacement of the CPP: the Affordable Clean Energy rule. The new plan isn’t as ambitious, only requiring individual plants to produce fewer emissions per megawatt of electricity.

The move to scrap the CPP wasn’t unexpected — the EPA announced it was crafting an alternative back in 2017. Finalizing the new rule is just the latest attempt by the president to throw a lifeline to the country’s ailing coal industry, which supports the new rule. But that doesn’t mean the change didn’t cause a stir among advocates who see it as a setback for Americans’ health and the environment.

Had Obama’s power plan ever gone into effect (it was issued in 2015 but never implemented due to court challenges), it would have reduced greenhouse gas emissions equivalent to taking 70 percent of the country’s passenger vehicles off the road. The CPP was largely aimed at reigning in the U.S.’ contribution to global warming, though it would have come with important co-benefits like improving air quality. The EPA estimated that the plan would have prevented 4,500 deaths connected to air pollution each year.

By the EPA’s own calculation, Trump’s new Affordable Clean Energy Rule could result in 1,400 more premature deaths every year by 2030. It allows states to set their own emissions standards for power plants and gives a leg up to the nation’s hobbling coal industry by extending a lifeline to aging plants unable to meet stricter standards. By 2030 (the time the plan is set to be in place), the new rule will reduce carbon emissions by 11 million tons, compared to 870 million tons under the CPP.

According to a statement made Wednesday by EPA head honcho Andrew Wheeler, the new rule “gives states the regulatory certainty they need to continue to reduce emissions and provide a dependable, diverse supply of electricity that all Americans can afford.”

Some of Trump’s biggest critics begged to differ.

“What we need instead are policies that spur investments in a clean energy economy and ambitiously tackle our climate crisis,” said presidential hopeful Senator Elizabeth Warren in a statement.

But Republican critics of the CPP have long argued that such sweeping climate action overstepped federal authority. Mandy Gunasekara — the snowball-wielding mastermind behind the EPA’s new rule and Trump’s intention to remove the U.S. from the Paris climate accord — told USA Today that the new rule had a better chance of surviving court challenges and was thus a stronger option for cleaning up the air.

That statement will likely be put to the test as influential environmental groups like the Natural Resources Defense Council gear up for a court battle.

NRDC will take EPA to court because the #CleanPowerPlan repeal and do-nothing ACE rule violate EPA's duties under the Clean Air Act. https://t.co/ydFjCwLhUu via @nrdc

“With this rule, the EPA is dodging its responsibility,” Revesz said in a statement. “While Americans face mounting threats from climate change, the Trump administration is undermining environmental safeguards.”

Meanwhile, in Trumpland, the president doesn’t seem to think that the environment needs more safeguarding. During a campaign rally in Florida on Tuesday, he (falsely) claimed, “We are creating a future of American energy independence, and yet our air and water are the cleanest they’ve ever been by far.” That same day, the Associated Press reported that Americans have experienced 15 percent more days with unhealthy air over the past two years compared to the average number between 2013 and 2016. And Trump’s own EPA released data earlier this year showing that greenhouse gas reductions have slowed significantly in the U.S. since 2017.