In the run-up to the 2016 election, a small group of climate activists were busy devising a strategy to catapult climate change to the forefront of American politics under what they assumed would be a Clinton administration. When Trump won the presidency, the group had to rethink its entire strategy. Now, the group is betting that pushing the Democratic candidates to be hyper-focused on climate won’t just pay off in the primaries. It could catapult a Democrat to the White House.

The Sunrise Movement rose to prominence in November, after newly elected Representative Alexandria Ocasio-Cortez attended a Sunrise protest in then-House Minority Leader Nancy Pelosi’s office. Since then, the group has organized town halls, sit-ins, student strikes, protests, and confrontations with political leaders across the country. This has all been in the pursuit of drumming up support for the Green New Deal, a progressive proposal to mobilize American workers around a green economy, and that Sunrise activists see as humanity’s last and best hope for solving the climate crisis.

This isn’t the first time in U.S. history that young folks have vocally demanded politicians act to combat climate change. But it may be the first time climate activists have been this effective at drop-kicking the issue into the mainstream. And the public is uncommonly primed for action: Polls of Democratic voters show that climate change trumps other top-tier issues like health care and gun reform.

By all accounts, Sunrise has played a significant role in turning the 2020 Democratic primary into a referendum on climate change. So far, several prominent presidential hopefuls have released climate change proposals, more than a dozen have signed a pledge to reject donations from fossil fuels, and a majority have expressed support for a Green New Deal. Even Joe Biden, who just a little over a month ago was rumored to be considering a “middle of the road” approach to the issue, has released an ambitious climate plan.

And, despite the fact that Sunrise is currently experiencing more success than its founders thought possible, the group isn’t nearly done yet. Grist sat down with the outfit’s Cofounder and Executive Director Varshini Prakash to discuss Sunrise’s 2020 plans, its upcoming demonstration at the second primary debate in Detroit, and which candidates’ climate plans cut the mustard (spoiler alert: none of the proposals are good enough).

This interview has been edited for clarity and length.

Q. Do you see signs that what you set out to do when you started this movement is working? 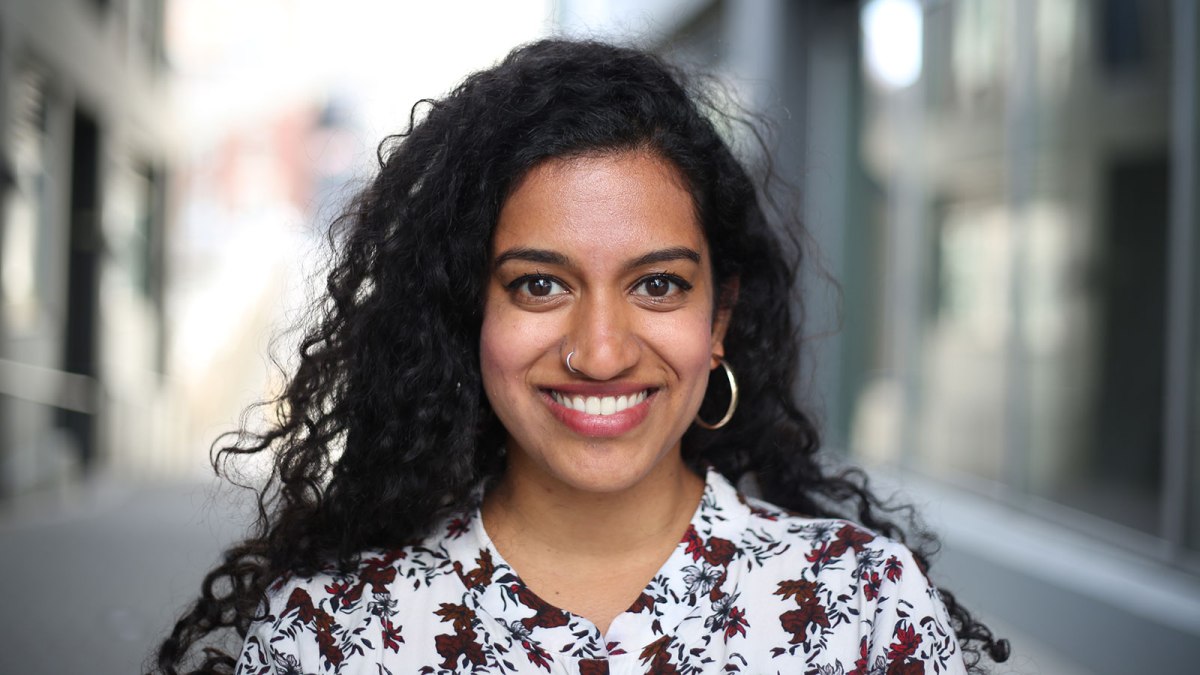 Q. Are you satisfied with what you’ve been able to do, or is there more work to be done?

A. No, never satisfied. We haven’t passed a single policy. We haven’t actually elected a president and a Congress that understand that the Green New Deal has to be a day one priority and are ready to marshall all of the resources of the nation to make it happen. We have seen thousands of people come out of the woodwork and take action over the last few months. But we need to be seeing millions of people in the streets constantly clamoring for things like a Green New Deal and solutions to the crisis that are commensurate to the scale of the crisis.

So, no, we’re not satisfied. I don’t think we will be until we’re able to break open what we are calling the decade of the Green New Deal and pass some of the policies associated with the resolution that Ocasio-Cortez and [Senator Ed] Markey put forward a few months ago.

Q. What’s “the decade of the Green New Deal”? This is the first I’m hearing of this.

A. When we go back to the original New Deal, it’s easy to think of it as a monolith. In actuality, there were dozens and dozens of policies that were passed. Some of them were really successful. Some of them failed. But it was like a throw everything at the wall, see what sticks kind of moment because we needed to do everything in our power to get Americans out of the Great Depression. And it was this period of pretty bold experimentation that occurred.

And so for us, everything that’s laid out in our vision of the Green New Deal will require an equivalent movement, right? It will require dozens and dozens of policies to address everything from agriculture to transportation to buildings to clean energy and more, not to mention all of the things associated with supporting communities that are already experiencing the impacts of climate change and protecting vulnerable communities as well.

So in 2021, we think there’s a real opportunity to pass the first policy that will crack open what we are calling “the decade of the Green New Deal.” The transformations required to stop climate change are so massive that we’re going to have to keep at it for decades to come if we’re actually going to realize a world that is just and equitable for all people.

Q. A handful of Democratic candidates have released climate policy platforms so far. Could any of those plans adequately address the scale of the crisis?

A. Right now, there is not a single candidate that has actually put out a policy platform that is directly in line with what the science mandates. We see our role as young people as pushing the entire field to be more ambitious.

For us what that means is: Are you discussing this issue like it is actually the greatest existential threat of our lifetimes? A lot of people say it, but are you actually treating it like that? Are you actually discussing the Green New Deal and the climate crisis like it requires an economic mobilization that we haven’t seen in half a century to get it done? Do you possess the attitude and the tenacity to go to bat every single day, from the moment you step foot in office, to make sure that we are galvanizing and mobilizing and marshaling every resource at our disposal as a government to combat this crisis? Will you make it a priority in your first 100 days? Do you understand that equity is at the core of everything we have to do when we’re addressing the climate crisis? Those are some of the things we’re looking for.

Q. Sunrise is in the process of organizing a massive demonstration at the second primary debate in Detroit in July. What is that going to look like, especially after the DNC declined to host a climate-themed debate?

We were originally going to do this big debate stage and bring the candidates. It might not look like that. But we have thousands of people who are really excited to come and we’re gonna use those folks as creatively as we possibly can. So it could look like rallies and demonstrations. We might go after [the official debate] and try to talk to some of the politicians sort of one-on-one. We might hold more escalated actions.

Q. Do you have a contingency plan if Trump wins?

A. We’re working on it. I can’t say I have an answer in this moment but I think it would be a huge mistake for the organizations that were blind in 2016 to be blind again this time, because there’s a really good chance that he could win.

Q. Is Sunrise going to endorse a candidate for president?

A. I think we will consider endorsement as we get closer, especially after Super Tuesday and we start to see how the field is shaking out. But we don’t anticipate making endorsements at this point in time.

We also know that regardless of who gets into office, if we defeat Donald Trump, it’s going to require having tens of millions of people in the streets to get them to do what’s necessary. In the 1970s, they passed some of the most sweeping environmental legislation we have ever seen as a nation — the Clean Air and Clean Water acts — under Nixon, not because he woke up that day and decided to do it. It was because there were 20 million people in the streets on Earth Day in 1970. And decades of activism before that led up to that moment. So we know that that’s what the moment calls for. A lot of people see 2020 as the end of the race. We see it as the starting point.