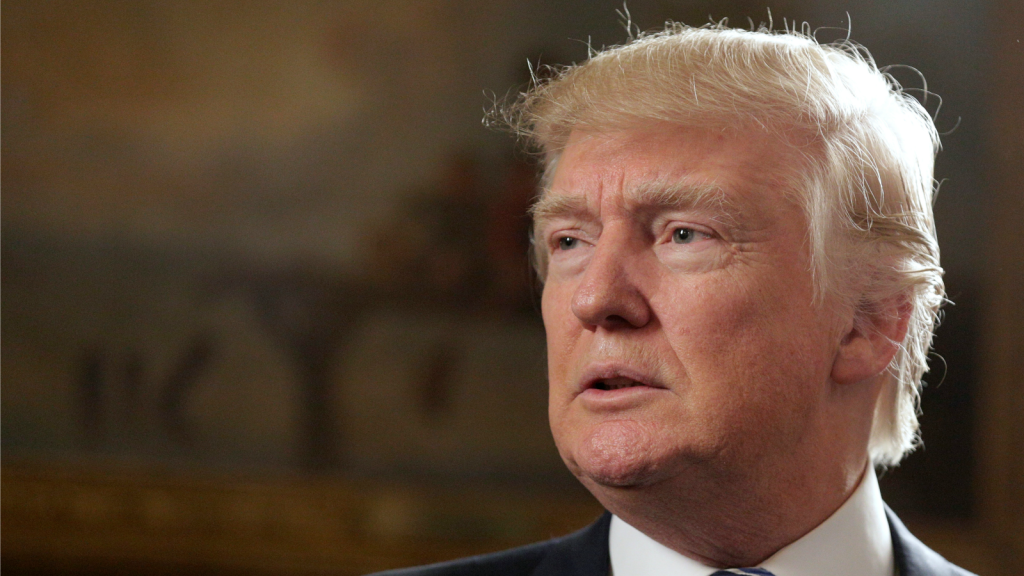 Open the whitehouse.gov website since President Donald Trump took over and the first item under top issues is his America First Energy Plan. While short on details, the new president’s blueprint is chock full of contradictions and outdated assertions about the status of America’s energy supply.

The President’s plan is brief and vague and doesn’t include citations to research backing up his assertions. Usually presidents and even candidates would accompany their policy blueprints with background materials. Such details may yet be forthcoming from the Trump administration. Without them, it’s difficult to thoroughly analyze the new president’s vision. Still, now that he’s president, Trump’s pronouncements — even if vague — warrant vetting. Academic energy experts say even the broad outlines of the president’s plan reveal inconsistencies and basic misunderstandings of the state of the nation’s energy economy.

Trump starts out by vowing to erase President Barack Obama’s 2013 Climate Action Plan, which included the Clean Power Plan, designed to slash greenhouse gases from the electricity sector by 30 percent, and an array of other Obama initiatives, such as accelerating siting of renewable energy on public lands; controlling leaks of methane, a potent greenhouse gas; and shrinking the federal government’s own greenhouse gas footprint. Trump also singles out the Waters of the U.S. regulation, which Obama’s EPA called its Clean Water Rule, as one he will undo. Trump declares that deleting these rules will increase workers’ wages by $30 billion over seven years. It’s unclear how he does this math; several independent researchers have found a net gain in jobs from the Clean Power Plan, for instance.

The biggest contradiction is Trump’s vow to revive the coal industry while also boosting natural gas production. Low-priced natural gas is the biggest factor in coal’s sharp decline, according to several energy experts from universities around the country. So more gas production should only lower prices more, further reducing the demand for coal. “Sooner or later the administration will have to recognize they cannot help all fossil fuels, and that in the case of natural gas or coal, it is one or the other,” says Robert Godby, an associate professor at the University of Wyoming and director of the Center for Energy Economics and Public Policy.

It’s difficult to envision what Trump could do to effectively bring back coal. He could try to diminish competition from ever-cheaper renewable sources of electricity by setting even higher tariffs on Chinese solar panels or persuading Congress to cancel tax benefits for renewable power. But the surge of solar and wind in red states, as well as in blue states, has created jobs and powerful Republican backers of these tax incentives. Sen. Chuck Grassley (R-Iowa) for instance, takes credit for securing the tax incentives and wind provided nearly a third of Iowa’s electricity in 2015, a larger share than any other state. Some analyses show solar jobs exceeded oil and gas jobs starting in 2015. Even without federal tax incentives, there still would be strong demand for new renewable energy. States like California and Oregon have ambitious renewable energy requirements, aiming to get half of their electricity by 2030 and 2040, respectively. Trump also could try to get congressional support for enormous subsidies for coal, but he has given no indication that he plans to do so. “It’s a hollow promise,” says Susan Tierney, a Colorado-based energy expert for Analysis Group. “The market has moved way beyond coal.”

Another apparent contradiction in Trump’s energy plan is his support for clean coal. The technologies that would make coal cleaner by capturing the carbon dioxide that contributes to climate change are still very expensive. Requiring the installation of such equipment would make the prospect of burning coal even less attractive to utilities.

Increasing drilling in federal lands also gets prominent mention in Trump’s energy plan. He pledges to “take advantage of the estimated $50 trillion in untapped shale, oil, and natural gas reserves, especially those on federal lands that the American people own.” Under Trump, agencies could open some lands now closed to drilling, but analysts are skeptical that would translate into much more drilling. Trump frequently cited a study by the conservative think tank Institute for Energy Research during his campaign. It calculates that opening federal waters and lands for drilling would lead to an infusion of tens of billions of dollars for the first seven years just from the exploration it would encourage. But a recent report by the Congressional Research Service finds that companies are selective in choosing where they want to drill, so opening public lands to drilling may not lead to a lot more actual drilling on those lands.

Energy analyst Amy Myers Jaffe says industry pays lip service to wanting more access to public land but currently has more than enough leased acres to drill elsewhere. “So unless prices were much higher, going to some new area is not likely attractive, especially if they have to add surface equipment and pipeline connections,” says Jaffe, executive director for energy and sustainability at the University of California, Davis.

Lifting barriers to drilling on public land will not be that easy anyway, says John Freemuth, a public policy professor at Boise State, in Idaho. He remembers meeting with President George W. Bush’s Bureau of Land Management chief, Kathleen Clarke, early in her tenure. At the time, Freemuth was on a BLM advisory board, and she asked the panel how to reengineer the National Environmental Policy Act to increase oil and gas production. “They tried, but they found themselves in court a lot,” recalls Freemuth. Despite efforts to streamline permitting, under Bush, the average length of time to approve an application for permit to drill actually grew between 2005 to 2008 from 39 days to 134 days. Since then, the resistance to drilling in the American West has grown. In the early 2000s, most opponents were trying to preserve scenic landscapes and habitat for fish and wildlife. During the Obama years, concerns about climate change grew and now activists also oppose drilling in an effort to keep fossil fuels in the ground.

The BLM is required to conduct lengthy environmental review and seek public comment before opening lands to drilling. Opponents to drilling can stall projects by tying up the agency in court. So, for the Trump administration to accelerate oil and gas drilling on federal lands, it likely would have to rewrite regulations, which usually takes years, or get a gridlocked Congress to overhaul bedrock laws like the National Environmental Policy Act. “I’m not sure how they’re going to do this. Right now they’re talking at the myth level rather than the fact level,” Freemuth says.

Trump also presents an outdated picture of the state of American energy security. His energy plan states: “President Trump is committed to achieving energy independence from the OPEC cartel and any nations hostile to our interests.” Under President Obama, though, dependence on OPEC oil largely came to an end. “We already have broken the link to the OPEC Cartel on oil,” says Tierney. In 2015, the United States imported only a quarter of its petroleum — the lowest level since 1970. Less than a third of imports were from OPEC countries, according to the Energy Information Agency.

Trump wraps up his energy plan promising “responsible stewardship of the environment,” and to return EPA to its “essential mission of protecting our air and water.” Harrison Fell, an associate professor for resource economic policy, says this is another irony: Trump began his plan by vowing to eliminate Obama’s Climate Action Plan, the centerpiece of nation’s efforts to rein in greenhouse gases, and Clean Water Rule, intended to safeguard waters and wetlands from being polluted or filled in by construction or industry. “It appears his administration’s energy policies are as contradictory as ever.”