Trump's EPA is rolling back another anti-coal regulation 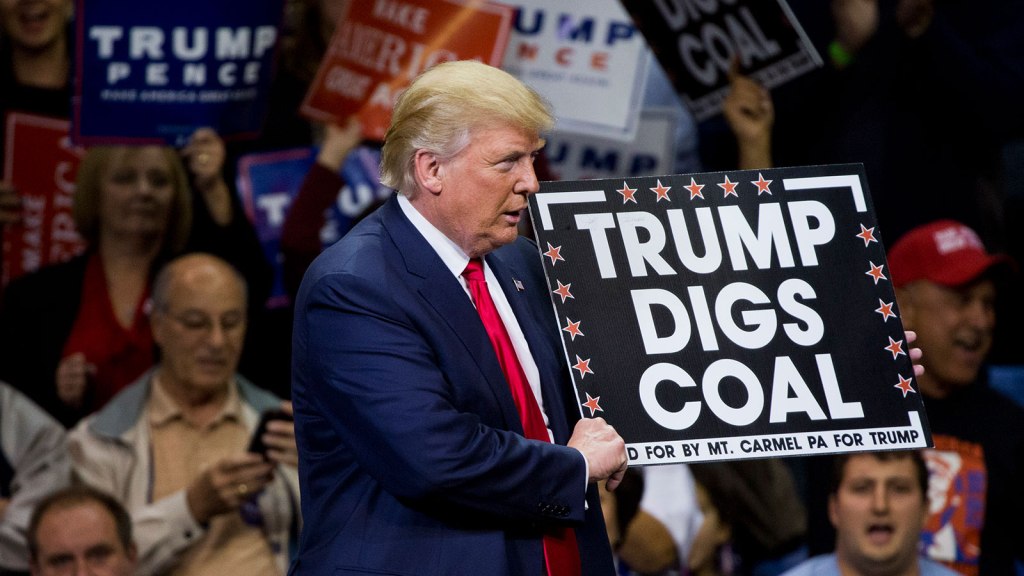 Trump’s EPA is rolling back another anti-coal regulation

President Donald Trump’s Environmental Protection Agency proposed a rollback of coal plant regulations that could end up flavoring your food with more delicious mercury, and spicing up the air with a potpourri of lung clogging chemicals.

On Friday, officials at the EPA unveiled a new cost-benefit formula, which ignores the public health impacts of emissions that accompany mercury and other air toxics. (Mercury is a neurotoxin that, at high concentrations, can lead to lower I.Q. and impaired motor skills in children.) The new formula undermines justifications for the old Obama-era regulations, which required power plants to reduce emissions of mercury and other toxic pollutants by more than 90 percent over five years.

Cass Sunstein, a legal scholar and former Obama administration official who oversaw the drafting of these power plant regulations, called the rollback “simultaneously stupid and cruel.” Cruel because the EPA analysis suggested that this Mercury and Air Toxics Standard would prevent 11,000 deaths, 2,800 new cases of chronic bronchitis, and 130,000 asthma attacks every year. And stupid because the same analysis said America will save at least $4 in health costs for every dollar spent cleaning up power plants.

This rollback is part of a pattern: It’s yet another environmental regulation that Obama staffers attempted to tighten only to be re-loosened by Trump’s people. In this case, the Obama’s administration issued a new rule under the Clean Air Act to make large coal and oil power plants control the amount of mercury, arsenic, and metals puffed out their smokestacks — pollutants that were previously unregulated. After years of bouncing around federal courts, the rule landed in the lap of the Trump Administration, which has decided we shouldn’t bother regulating that stuff at all.

It’s not super surprising that Trump officials want to ditch the mercury regulation. After all, coal mining companies are not fans of the restrictions. Coal tycoon Robert Murray asked for this change the day Trump took office (not so incidentally, Murray’s lobbyist, Andrew Wheeler, is now in charge at the EPA). According to the Centers for Disease Control and Prevention, around 80 percent of the mercury released from human activities is airborne elemental mercury, primarily from fossil fuel combustion, mining, and smelting, and from solid waste incineration.

But other energy stakeholders’ reactions have been counterintuitive.

The owners of power plants that fall under the rule largely support the mercury regulations. That’s because these companies have already decommissioned their most odious plants and have spent billions installing the exhaust-scrubbing equipment on the rest. As a result, power plants are spewing far less pollutants — as much as a 81 percent less — than they emitted before the regulations went into place in 2011.

The coal industry argues that the rule will increase the cost of electricity for Americans, forcing them to spend much more then they will save on reduced health costs. And that’s true… if you only look at the benefits of filtering out mercury and the other chemicals. But the Obama Administration argued that we should also consider the indirect benefits of the rule: There’s no way to filter out mercury without also filtering out tons of particulates that do much, much more damage than mercury.

So what happens next? In a week or two, the proposed rule change will be published in the federal register, and the public has 60 days after that to comment on it. The EPA can then tweak the regulation again or issue it as a final rule. After that, expect lawsuits and judicial review of this regulatory rollback.