This summer’s statistics on electricity use and generation included a significant gem: Over the last 12 months, power generation from coal has dropped to a three-decade low. That was party-worthy news for the climate, for air quality, for folks who live near power plants, and for the natural gas industry, which is partly responsible for coal’s decline. Just days later, however, the Trump administration crashed the shindig, causing a major buzzkill.

No, the president’s attempts to revive coal have not succeeded. But on September 18, the Interior Department snuffed out new rules aimed at lowering the oil and gas industry’s methane emissions, just days after the EPA started the process of euthanizing its own methane regulations. This is a bummer not only for the planet, but also for the natural gas industry’s efforts to portray its product as the clean fossil fuel.

Coal began its climb to dominate the electricity mix in the 1960s, peaking in the mid-2000s, when power plants burned about 1 billion tons per year, generating about half of the nation’s electricity — and an ongoing disaster. Donald Trump likes to talk about “clean, beautiful coal.” It’s anything but. The smokestacks that loom over coal power plants kick out millions of tons of planet-warming carbon dioxide annually, along with mercury, sulfur dioxide, arsenic, and particulates, all of which wreak havoc on human health. What’s left over ends up as toxic (sometimes radioactive) piles of ash, clinkers, and scrubber sludge.

When natural gas is burned to produce power, however, it emits only about half the carbon dioxide of coal, and virtually none of the other pollutants associated with burning coal. So during the 2008 election season — when climate politics were less polarized than now — both parties pushed natural gas in different ways, with Republicans chanting, “Drill, baby, drill,” and Democrats calling natural gas a “bridge” to greater reliance on renewable energy sources. At the same time, advances in drilling were unlocking vast stores of oil and gas from shale formations, driving down the price of the commodity, and making it more desirable to utilities.

As a result, natural gas gobbled up a growing share of the nation’s electricity mix, while coal’s portion withered. In 2008, natural gas generated 21 percent of the electricity in the United States; now, its share is 33 percent. Coal use, meanwhile, plummeted from 48 percent to 29 percent over the same period. In consequence, the electric power sector’s total carbon dioxide emissions have dropped by 700 million metric tons over the last decade, with an attendant decrease in other harmful pollutants. Every megawatt-hour of coal-fired electricity that is replaced by gas-fired electricity is a net win for the planet — and the humans who live on it.

Except when it’s not. Natural gas has an Achilles’ heel: When it is sucked from the earth and processed and moved around, leaks occur. The main ingredient in natural gas is methane, a greenhouse gas with 86 times the short-term warming potential of carbon dioxide. Every punctured pipeline, leaky valve, and sloppy gas-well completion eats away at any climate benefits. And if methane’s leaking, so too are other harmful pollutants, including benzene, ethane, and hydrogen sulfide. And so the fuel’s green credentials, and one of the industry’s main marketing tools, end up wafting into thin air. 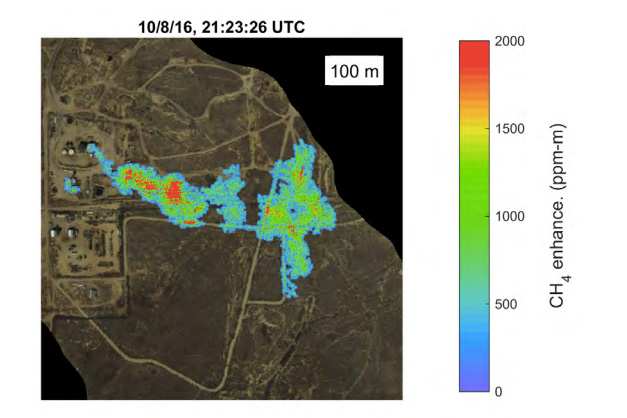 When the Obama administration proposed rules that would make the oil and gas industry clamp down on methane emissions, it was a gift, not a punishment. Not only would people and the climate benefit; the natural gas industry would be able to sell itself as a clean fuel and a bridge to the future.

The Obama-era rules are similar to those passed in Colorado in 2014, with the industry’s support. Far from being onerous, they simply require companies to regularly look for and repair leaks and to replace faulty equipment. Some companies already do this on their own; the Obama rules would simply mandate this responsible behavior across the board. That’s why the Republican-controlled Congress ultimately decided not to kill the rules. That, however, did not discourage Trump.

Trump is not being “business-friendly” by ending the rules. Rather, he is once again indulging his own obsession with Obama and with destroying his predecessor’s legacy, regardless of the cost to human health and the environment. Trump’s own EPA estimates that its rule rollback will result in the emission of an additional 484,000 tons of methane, volatile organic compounds, and other hazardous pollutants over the next five years. Meanwhile, the death of Interior’s methane rule on Tuesday will add another half-million tons of pollutants to the air. In the process, it will erode the pillars of the once-vaunted natural gas bridge.

Then again, maybe the time has come to let that bridge burn. We get 70 times more electricity from solar sources now than we did in 2008, and renewables hold 11 percent of the total share of power generation. Perhaps just as significant is a less-noticed fact: Electricity consumption in the U.S. has held steady for the last decade, even dropping during some years, despite a growing population, a burgeoning economy, harder-working air conditioners, and more electric devices. That means we’re becoming more efficient and smarter about how we use energy. If we keep this up, we’ll be able to cross that fossil fuel chasm, no matter how many bridges Trump burns down.

‘It’s hyped up’: Climate deniers in the path of Hurricane Florence