'It's hyped up': Climate deniers in the path of Hurricane Florence 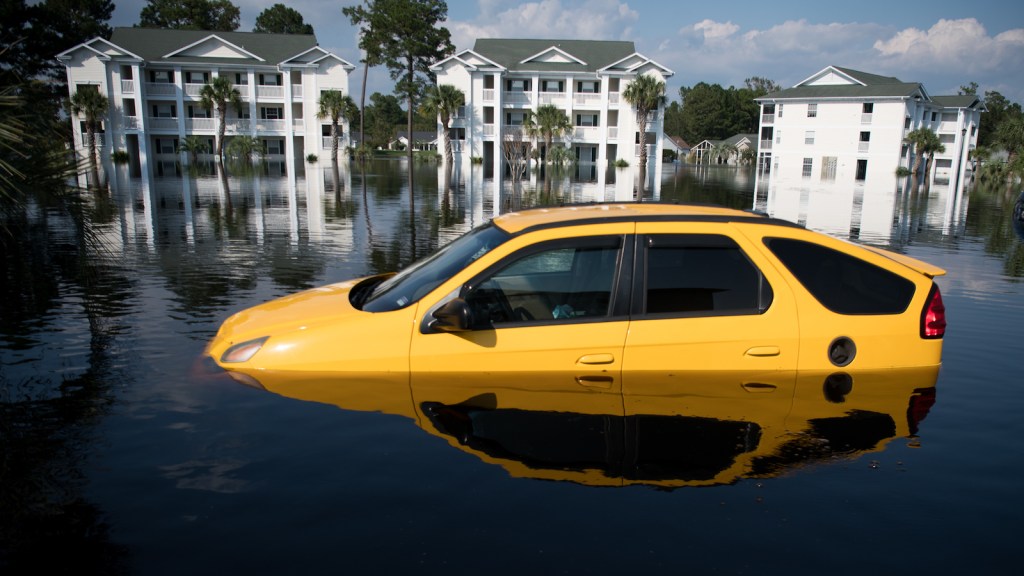 ‘It’s hyped up’: Climate deniers in the path of Hurricane Florence

Scientists warn that human-induced climate change is responsible for an increase in the number and severity of storms — such as Hurricane Florence, which has engulfed the Carolinas in the last week.

But many who weathered the tempest, deep in Trump country, don’t believe global warming fueled it and don’t think humans are the problem — or the solution.

As the world’s oceans warm at a faster rate, hurricanes become more likely, and there has been an increase in storms since the start of the 20th century. Experts warn more numerous and even more ferocious hurricanes are on the way, and the U.S. government is not addressing the central issue even as America’s coasts get battered and inland areas inundated.

But based on the evidence in North Carolina on Wednesday, the random man and woman in the street is still not convinced about the science — even those who have faced two major storms in two years.

“We live on the coast. It’s cyclical,” said Bob Slattery.

“We may get two or three in a year, then go four or five years with nothing,” he added.

Slattery, 74, and his wife Gerda, 73, were sitting in the pretty downtown area of Fayetteville on Wednesday. The couple live six miles southwest of Fayetteville and weren’t hit too badly by the storm, but much of the city was, as the Cape Fear river reached record flood levels, spilling over its banks into neighborhoods and roads.

While miles of North Carolina is inundated, downtown Fayetteville had been fortunate enough to avoid flooding this week, although locals said a wine bar roof had partly caved in.

There is scant evidence for a shady group using the concept of climate change to control and tax society — but it appears there is wider support for the theory in these parts.

“And many other people I speak to think that, too,” Bob said.

Florence hit North Carolina just two years after Hurricane Matthew blew through the state. Matthew set a slew of unwanted flooding records in October 2016 and at the time was described as a “once in a 500 year event.” But just 23 months later, Florence has shattered that prediction, surpassing Matthew’s flooding totals and in many places having a worse impact.

Despite the proximity of the storms, and expert views, some believe the science is overblown and it’s no more than natural global rhythms.

“It comes down to cyclical climate change,” said Matthew Coe. “I don’t think we play as big a factor in climate change as people say we do — when you think of the fact that the sea level rises naturally anyways.”

Coe 37, originally from Florida, is studying for an associate’s degree, alongside working at a downtown Fayetteville cafe. He lost power for three days after Florence roared in.

“Mother Nature is its own entity,” he said. “Whatever happens, it’ll fix itself eventually.” He pointed out that there had been fluctuations in the Earth’s temperature before, and predicted there could be another “ice age” which would correct the current trajectory of the climate.

“I think everything is hyped up a bit,” he said. In his opinion, there are “scientists on both sides” of the climate change argument.

There is actually a 97 percent expert consensus among climate scientists that humans are responsible for global warming, although Coe and the Slatterys are far from alone in their beliefs: A 2016 Pew Research Center study found that 51 percent of Americans do not believe global climate change is due to human activity. Donald Trump is among the 51 percent — or at least was in 2015. That year he wrote in his book Crippled America that climate change was not human-caused, although he did not explain the reasoning behind his belief. During the 2016 presidential election, he called it a Chinese hoax. On Wednesday he was in North Carolina and South Carolina, promising “100 percent support” to displaced residents and those with flooded neighborhoods and power outages, but not mentioning measures to deal with climate change, different impacts on rich and poor, or coastal over-development.

“Ask Mother Nature,” said Altman, 57. He echoed Coe’s belief that Earth’s capricious matriarch could be responsible for climate change and the ensuing increase in the number and force of storms.

“Really the Earth goes through cycles. So it’s just we’re on that particular cycle where we’re grabbing more storms,” Altman said. “Back in the industrial age we were burning coal and it didn’t get hotter then.”

Despite his belief that climate change was mostly a natural phenomenon, Altman accepted some of the science that said humans were also to blame. He recycles, he said, but believes his own actions are likely to have little impact.

“I try to worry about what I can affect. If I could actually do something about it, I would,” Altman said.