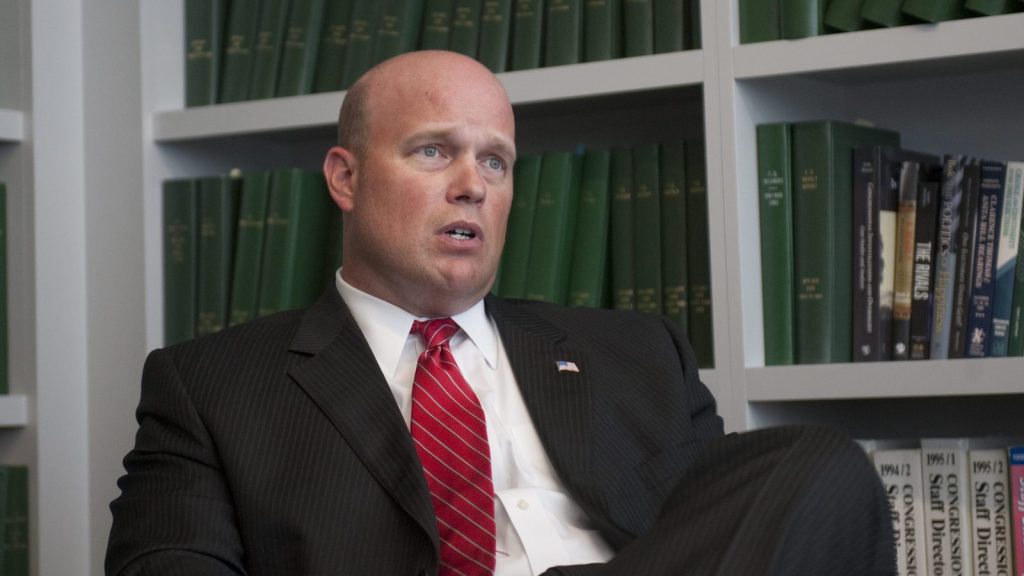 Are we surprised that he picked the day after a landmark midterm election to do it? Hell no! Here’s a little-known fact, though. The new acting attorney general, Matthew Whitaker, has a vendetta against those climate investigations into ExxonMobil. State attorneys general have been looking into oil companies and their attempts to cover up and deny climate change. And Whitaker has been looking into those state AGs as a result.

The climate investigations began in earnest in March 2016, when a bunch of state AGs, led by New York, Massachusetts, and the Virgin Islands, started scrutinizing whether Big Oil lied to investors and the public about climate change. Immediately, Exxon and co. hit back with a narrative of their own: The investigations, and then later the slew of climate lawsuits, were part of an “orchestrated campaign” to punish oil companies and cheat them out of their First Amendment rights.

That’s the narrative parroted by Whitaker in a 2016 op-ed. In a Morning Consult piece titled, “The Environmental Left’s Double Standard Game,” he called the investigations “unconstitutional and unethical.” He accused the state AGs of bullying ExxonMobil (yes, he uses the word “bullied”), and labeled the probes an “outright assault on the First Amendment.”

Whitaker promised that the organization he led at the time, the Foundation for Accountability and Civic Trust, would “continue to press its investigation into these 17 attorneys general for more information and answers regarding the true motivation and the real agenda behind this reprehensible campaign.” His organization was funded through a secretive website frequently used by conservatives like Charles Koch to make anonymous donations.

So, is the climate fraud investigation screwed with Whitaker in office? Can the biggest AG in the land crush the smaller state AGs?

“The U.S. Department of Justice does not have jurisdiction to stop state attorneys general from investigating things. They’re separate,” says Sean Hecht, who co-directs the Emmet Climate Change Institute at UCLA’s law school.

But that doesn’t mean the U.S. attorney general doesn’t have any effect on the way state AGs operate. “It’s pretty clear from this and some of [Whitaker’s] other statements on climate that he sees government officials who are trying to address climate change as some kind of enemy,” Hecht says. “Having somebody like Whitaker in that position seems likely to chill federal enforcement efforts on a host of environmental problems,” he adds.

And apart from the potential Whitaker effect on federal enforcement, there’s something else worth knowing about the acting attorney general: He’s a climate skeptic. “You know, I think that I’m not a climate denier,” he said in an interview with a publication called Caffeinated Thoughts in 2014). “It may be warming, I think the evidence is inconclusive.” And then he added: “I don’t believe in big government solutions to a problem that doesn’t appear to be that significant or quite possibly isn’t man made.”