Trump's plot to shrink the EPA isn't going as planned 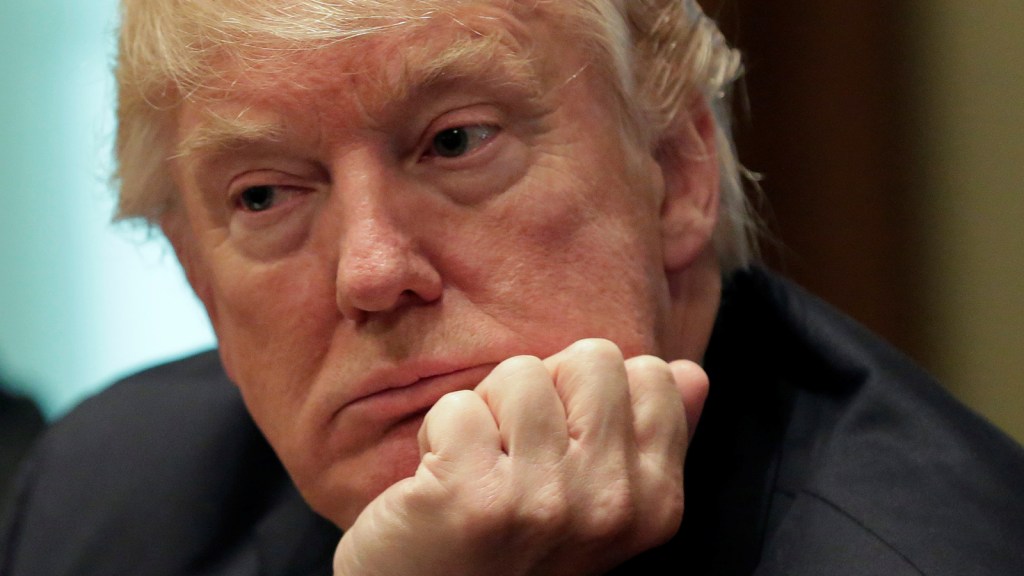 President Trump is having a tough time getting what he wants this week. First the Senate dropped the health care bill, and then, late on Tuesday, a House committee approved an appropriations bill that doesn’t go nearly as far as he sought in slashing the Environmental Protection Agency.

In Trump’s 2018 budget proposal, released in May, the EPA took the biggest hit of any federal agency. His proposed 31 percent budget cut was so extreme that EPA administrator Scott Pruitt encountered resistance from fellow Republicans when he defended eliminating more than 50 programs, including Great Lakes restoration, reducing diesel emissions, and grants for tribes. As Representative Mark Amodei, a Nevada Republican, observed: “You may be the first person to get more than you asked for,” because “nobody is standing on the rooftops begging for dirty water and dirty air and dirty soil.”

On Tuesday, in a 30-21 vote, the committee advanced an appropriations bill that cuts funding to the Department of the Interior by 7 percent and the EPA by 6.5 percent. The bill moving through Congress does retain some popular programs like the Great Lakes Restoration Initiative that Trump wanted gone, but there are still plenty of blows to environmental protection.

Republicans are seeking cuts to science, environmental enforcement, clean water funds to states and other state grants, and cleanup programs for the Puget Sound and Chesapeake Bay — though they aren’t as steep as those Trump had requested. The bill also includes at least 16 additional provisions in which Republicans targeted Interior and EPA policies, including the Endangered Species Act, a clean water rule expanding protections for drinking water, and stricter ozone standards. The budget bill also includes a rider restricting how greenhouse gasses are calculated, and declared burning trees to be carbon-neutral.

The House passed another measure on Tuesday delaying the ozone standard and requiring the EPA to update standards every 10 years, as opposed to the current five.

Even though it looks like the worst case scenario for the EPA won’t come to pass, this is only the most recent blow to an agency that is already stretched thinner than ever. The Environmental Integrity Project notes the EPA’s budget has been falling for years and is 22 percent less than under George W. Bush’s first term, adjusting for inflation. And Pruitt still plans mass buyouts and major downsizing.

“The EPA requires manpower to implement environmental laws,” Michael Mikulka, president of the Local 704 union that represents 900 EPA staffers, said in a recent statement. “Keeping the funding for the [Great Lakes Recovery Program] while forcing widespread personnel cuts across the Agency is like paying for the firetruck but laying off the firefighters. It won’t work — and it’s dangerous.”

After the House vote, Pruitt reversed on the same $300 million Great Lakes program that was zeroed out in Trump’s budget request, telling the Minneapolis Star Tribune on Wednesday, “It’s a continuing need and we have to see that it’s adequately funded.”

There’s one area where Pruitt hopes to staff up and that’s on his personal security detail. He’s already about doubled what his predecessors spent on security in his first three months.