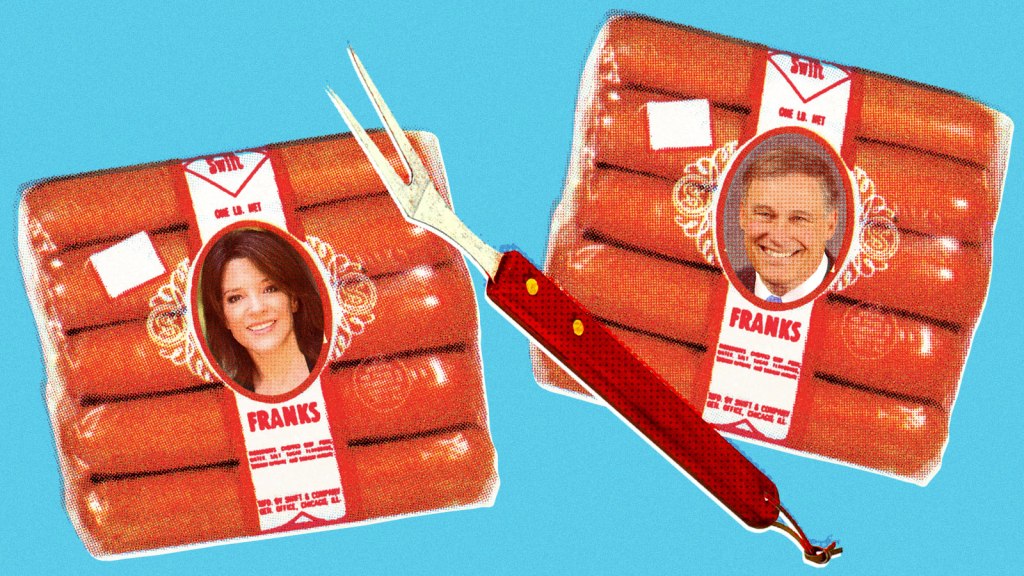 In the first Democratic debates of 2019, presidential hopefuls racked up a whopping 15 minutes talking about what several candidates called the greatest threat facing America: climate change.

Sure, that’s better than four years ago, when the topic got almost no play — but it’s not enough for folks like Washington Governor Jay Inslee (the self-proclaimed climate candidate) and the Sunrise Movement, who have called for a separate primary debate completely dedicated to the topic.

The DNC will consider putting the idea to a vote this August. In the meantime, if the candidates really want to talk about their plans for climate change in front of an audience, they can just head to Iowa.

That’s where State Senator Rob Hogg (who made the Grist 50, our list of emerging climate leaders, in 2016) is hosting a series of “Climate Conversations” with as many 2020 candidates as he can get to participate. He’s already talked with Inslee and Orb Queen Marianne Williamson, as well as John Delaney (whom you may remember from the first debate as “wait, who’s that guy again?”), Tulsi Gabbard, Joe Sestak, Seth Moulton, and Michael Bennet (whom you may have confused with Delaney).

“It’s one thing to have a plan on paper,” says Hogg (pronounced like you couldn’t be bothered to finish the word “hoagie”). “It’s another thing for a candidate to have internalized that plan and be able to articulate it. I want every candidate to make the case for why they would be the climate candidate.”

The one-hour conversations — part stump speech, part Q&A, and part meet-and-greet — each feature just one candidate, and are hosted at different venues around Cedar Rapids, the heart of Hogg’s district: Jay Inslee’s on a picturesque riverbank; Delaney’s at a local pay-it-forward cafe; Williamson’s in a community college lecture hall (someone get this lady an oddities shop!).

Hogg usually starts the conversations off, but then he turns it over to the audience — and let’s just say these Iowans’ questions are way better than Chuck Todd’s. One audience member asked Inslee why he’d backed down on his support for a carbon fee — it didn’t pass in Washington, Inslee said, and it doesn’t go far enough anyway.

(Note that these aren’t studio-quality videos — we’re just glad they exist! And, anyway: Much like Sasquatch, who also hails from the Pacific Northwest, it’s Inslee himself who is blurry. Scroll to the bottom to watch the rest.)

Some audience members asked candidates who don’t support the Green New Deal to explain that position. One woman asked Williamson about her foreign policy positions in the context of the climate crisis. Williamson’s reply: “It’s not an accident that our first secretary of state in this administration was the ex-CEO of Exxon.”

“Here’s the thing — when you’ve got 45 seconds to talk about healthcare, it’s pretty hard to point out its connections to climate change,” Hogg says. “We need an opportunity to have these candidates talk about the issue in more detail.”

Wondering why you haven’t seen hide nor hair of these climate conversations? Well, Hogg says he just doesn’t have the capacity to videotape them and get them online, though some candidates have uploaded clips, audience members are welcome to record, and the local blog Neighborhood Network News has made efforts to pick up the slack.

You’re welcome to travel to join in on the fun, though. One man, Hogg says, came all the way from Indianapolis to Cedar Rapids to hear Inslee speak (for the Coastal Elites out there, that’s about the distance between San Francisco and Los Angeles … or between New Yorkers and even thinking about going to Cedar Rapids).

There might be some more recognizable faces in town soon: Hogg is in touch with all of the Democratic candidates, and hopes every one of them comes to Iowa to talk climate change as the primaries go on. “Or New Hampshire,” he says. “I’ll cut ‘em slack.”

It’s a goal that feels distinctly possible in 2019. Fifteen of the Democratic candidates, including Joe Biden and Elizabeth Warren, support a dedicated climate debate. Democratic primary voters consistently rank climate change as one of their top issues. More Americans are “alarmed” about climate change than ever.

Although Hogg’s usually Democratic swing state went for Trump in 2016, he thinks that the Democratic candidates’ positions on climate change will be crucial for Iowa voters come 2020, too. They’re farmers, business owners, and workers who have lived through catastrophic floods.

And given Trump’s track record of going on like climate change simply doesn’t exist, Democratic candidates can hit him hard on the issue — if they’re equipped to do it.

“Virtually all the Dems are talking about climate change,” Hogg says. “But we do want to make sure our candidates have a chance to go beyond the 30-second soundbite.”

Dying to hold some candidates’ feet to the fire? Check out this Facebook page for news about future Climate Conversations.