It's official: The DNC is considering a climate debate 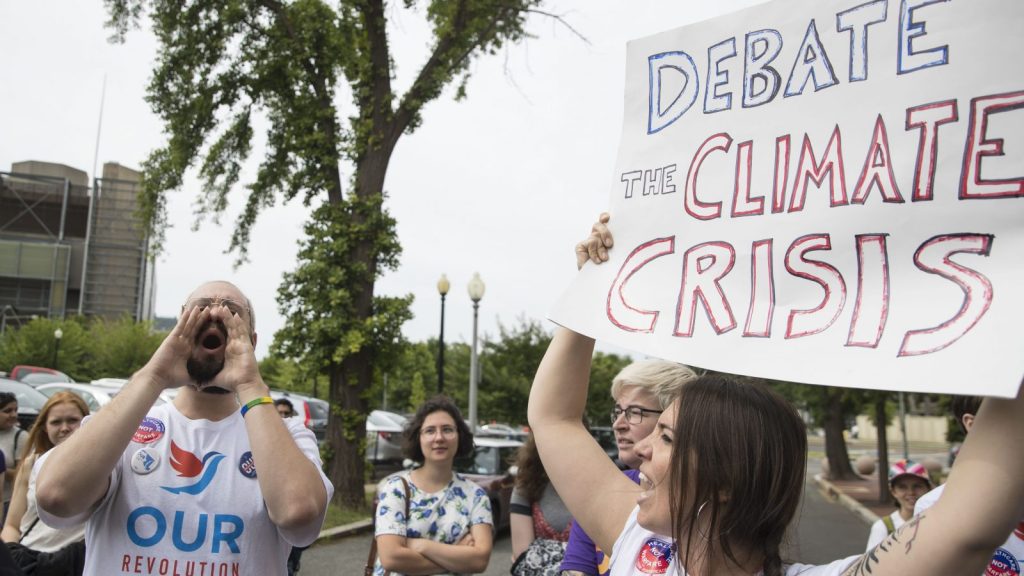 It’s official: The DNC is considering a climate debate

The Democratic National Committee is considering a pair of resolutions on whether to host a debate of some kind devoted exclusively to climate change, amid mounting pressure from activists who want a spotlight put on the issue.

At an executive committee gathering in Pittsburgh on Saturday, the DNC voted unanimously to refer two proposals — one calling for an official debate on climate change, another envisioning a less formal forum — to a committee, a DNC official confirmed to HuffPost.

The committee is expected to weigh the proposals and make a recommendation, on which the DNC could hold a vote on August 23.

The announcement is not quite the victory activists declared over the weekend.

Sunrise Movement, the grassroots group that stationed protesters outside DNC headquarters in Washington for three days last week, on Sunday sent an email to supporters stating the Democrats’ main party organ agreed to vote on a resolution that would allow for a debate devoted exclusively to climate change.

That could be the recommendation DNC’s resolutions committee makes. But the second resolution stakes out something akin to the abortion rights forum Planned Parenthood hosted last month, which 20 presidential candidates attended.

Still, the DNC’s vote to even consider the resolutions marks a shift. Last month, DNC Chair Tom Perez rejected calls for a climate debate and even authored a Medium post defending the decision, arguing that it would favor certain candidates and open the door to a flood of issue-specific events.

Despite climate change receiving little attention in the 2016 election, Perez vowed to ensure it would be a top priority this cycle — though he did not spell out how.

The decision put the DNC at loggerheads with activists and Washington Governor Jay Inslee, the Democrat who has made combatting climate change the core rationale for his White House candidacy and urged that a debate be scheduled on the subject.

The push for a such a forum gained momentum last week after the first two rounds of debate featuring 20 of the party’s presidential candidates included just 15 minutes of questions on a crisis that threatens irreversible environmental destruction and displacement of potentially billions of people in the coming decades.

Inslee has rallied 14 of his challengers in the Democratic race, including former Vice President Joe Biden and Senator Elizabeth Warren of Massachusetts, to join him in urging the DNC to reverse its denial of his proposal.

“The debates last week made it crystal clear why we need a climate debate,” Stephen O’Hanlon, a Sunrise Movement spokesperson, said by phone. “And the pressure’s working.”