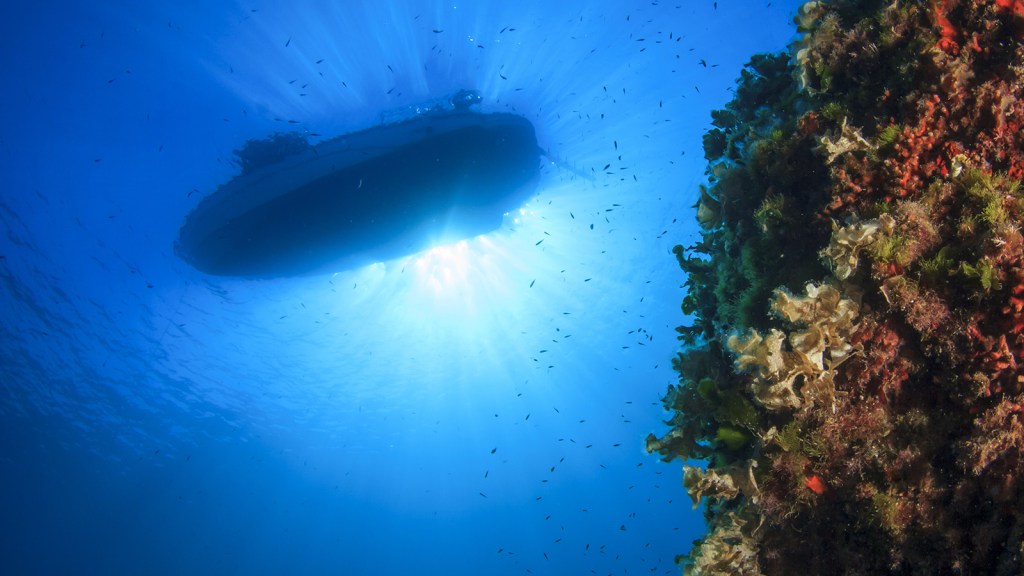 This story was originally published by Oceans Deeply. For important news about seafloor mapping, you can sign up to the Oceans Deeply email list.

When a 9.1-magnitude earthquake struck off the coast of Sumatra on Dec. 26, 2004, a tsunami quickly formed, sending a wave as high as 80 feet (24 meters) across the Indian Ocean that, along with the earthquake, killed more than 230,000 people.

But it wasn’t just the earthquake that propelled the finger of the highest wave: It was also the topography of the sea floor. For instance, along the Southwest Indian Ridge, a skinny contour of shallow water south and east of Madagascar, the 2004 tsunami was as high in some places as it was off the coast of India.

A better map of the seabed could lead to the ability to warn people where a tsunami will be biggest, potentially saving lives, and better tsunami prediction models are just one reason for an exceedingly ambitious new effort, launched in June, to map the entire sea floor by 2030. The resolution will vary by depth, but will generally be 328 feet (100 meters). Just 5 percent of the ocean, which covers 71 percent of the Earth’s surface, is currently mapped in such detail. We know more about the topography of other planets’ moons than we do of our own ocean floor.

“There are so many uses for this data,” said Martin Jakobsson, professor of marine geology and geophysics at Stockholm University and head of its department of geological sciences. He is lead author of the road map for the Seabed 2030 project, initiated by the General Bathymetric Chart of the Oceans, an international organization under the International Hydrological Organization and the International Oceanographic Commission of UNESCO, funded in large part by the Nippon Foundation, a Japan-based nonprofit dedicated to social innovation.

Jakobsson’s work deals mainly with the marine cryosphere — ice sheets that extend into the ocean. Identifying sills along the coasts, which affect the flow of warmer water into coastal glaciers, will be one benefit of the new database. Other benefits include understanding circulation patterns that affect climate and tides, improving fisheries management, locating underwater hazards, and finding a potential wealth of new information about the biodiversity of the largely unexplored deep sea.

“Mapping the seafloor is a great thing for science and can help conservation,” said Kristina M. Gjerde, senior high seas adviser for the Global Marine and Polar Program at the International Union for the Conservation of Nature, source of the well-known “red list” of endangered species. “Often the places with the highest level of biological diversity are in places with a seamount or trench, where there are more currents and more nutrients. This will give us an idea of where to look for areas, including corridors for connectivity, where we can add protections.”

Seabed 2030 will be a vast and complex undertaking that integrates multiple technologies. The ridges seen in Google Earth, for instance, are from satellite altimetry. “That’s a fantastic technology that gives the level of the sea surface and you can derive what’s underneath from gravity changes,” said Jakobsson. “But it won’t give the resolution you need.” Such data is a starting point. Satellite imagery can also help, but only in clear water, and only at depths where light transmits. It’s the same with LIDAR, which is similar to radar but uses lasers instead of sound waves.

Half the ocean floor is under more than 10,000 feet (3,048 meters) of water, so to get 100 meters resolution at depth will require echo sounding from an enormous network of ships, autonomous underwater vehicles, and unmanned surface vessels. Jakobsson’s team calculated it would take 970 years for one ship using the latest multi-beam echo sounding technology, which covers a broader swath of seafloor than single-beam, to achieve Seabed 2030’s goal. Funding 80 ships to spend the next 12 years traveling the high seas with a multi-beam echo sounder 24/7 would be just as difficult.

So the first step is to find out what information is already out there but unknown to the scientific community; nations and industry are believed to have already conducted high-resolution seafloor mapping that’s not publicly available. If those entities are convinced that releasing such information will result in their acquiring even more data once Seabed 2030 is complete, they may be motivated to participate.

Crowdsourcing will also be key: The fishing industry, cruise ships, and even pleasure boats can chip in valuable data. “They all use echo sounders so they don’t crash into each other in the dark,” Jakobsson pointed out. “Mostly they use single-beam, but they go out so often that when you put it all together, the resolution turns out to be close to multi-beam.”

The next step will be to collate and organize that data using existing software. Then Seabed 2030 will divide the globe into regions, each with an editorial board that will prioritize areas that haven’t been mapped. Jakobsson hopes to leverage existing scientific missions so they can collect and contribute data, but in the end, he figures, targeted Seabed 2030 missions will be necessary. “I don’t think we can do 100 of them, but if you can get everybody on board and get the funding for a whole suite of expeditions, this is doable.”

However, conservation groups have expressed concerns about the repercussions of Seabed 2030’s data becoming widely available, as well as about the consequences of the data collection effort itself.

“What is the impact of that sound wave through the ocean?” asked Gjerde. “One thing that would be helpful is an environmental impact assessment of the effect this is going to have on sea turtles, whales, fish — even plankton can be sensitive to some equipment. What they’re using is not equivalent to a seismic survey, but are there better times to do it, or other ways to minimize the impacts?”

Duncan Currie, an international lawyer who advises the Deep Sea Conservation Coalition, pointed out that during the search for the Malaysian Airlines flight that disappeared in 2014, fishing boats collected loads of data on the seafloor off Western Australia. “A lot of information was gained on the seabed, but it also gave quite a lot of information about where potential fishing areas may be. So an obvious concern is that the irresponsible fishing industry will fish them out before they are even assessed.”

Over the next three weeks, the International Seabed Authority is meeting in Jamaica partly to develop environmental regulations governing deep-sea mining. “If the regulations are sound and effective and include protected areas, it will be important for scientists to know what’s out there and to have access to the same information as mining companies have,” said Gjerde. “Seabed 2030 is a model for international collaboration that would be very usefully emulated to study how things live out there.”