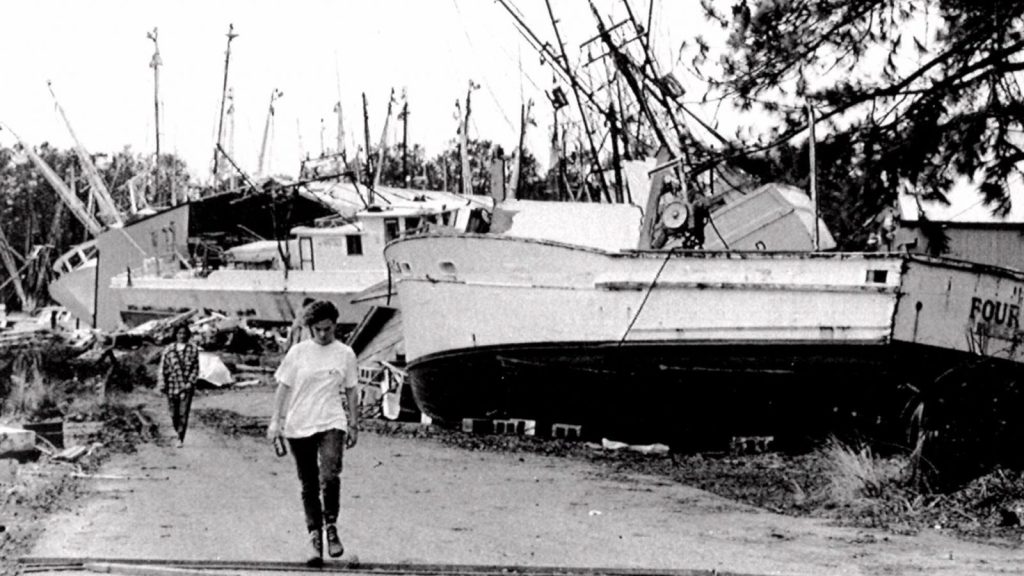 When psychiatrist Janet Lewis thinks back to the aftermath of Hurricane Hugo in 1989, she still remembers the horizontal trees and the collective grief. In her town of Charleston, South Carolina, there was “sadness and desolation,” she says. “You can kind of feel like your whole world is turned upside down when the environment isn’t how it’s supposed to be.”

There’s a word for this experience: “solastagia.” The term, coined by philosopher Glenn Albrecht, refers to the specific kind of climate-induced anxiety that comes from witnessing the destruction of your home environment.

Along with causing existential worry, climate change upends ecosystems, destabilizes economies, intensifies natural disasters, and brings heat waves — all things that can contribute to mental health issues. Lewis, a member of the Climate Psychiatry Alliance, explains that this kind of destabilization “is disruptive to peoples’ lives in practical ways, as well as being psychologically disturbing.”

If past storms are a testament, Hurricane Michael and Hurricane Florence will have far-reaching effects on mental health. Hurricane Maria left Puerto Rico residents in a state of prolonged darkness, literally and psychologically. After her hometown went two months without electricity last year, Maria survivor Gina Dacosta told Grist, “I was not willing to cope with that emotionally. I was going insane.” And New York City experienced lasting mental health devastation after Hurricane Sandy hit in 2012: Five years later, the rate of adult psychiatric hospitalizations on the Rockaway Peninsula was nearly double that of the city as a whole.

The toll that climate change takes on mental health can be hard to quantify, but researchers recently made headway in documenting this important relationship. A new study in the Proceedings of the National Academy of Sciences marks one of the first large-scale studies on the mental health impact of climate change.

Previous studies have looked at climate change’s impact on mood and on suicide. However, there hasn’t been much research between those extremes, says Nick Obradovich, the lead author on the study and a researcher at MIT’s Media Lab. To capture that middle ground, Obradovich and his team used the Centers for Disease Control and Prevention’s collected responses to the question: “Now thinking about your mental health, which includes stress, depression, and problems with emotions, for how many days during the past 30 days was your mental health not good?”

They found that when the average monthly temperature in already hot places got even hotter — shifting from 77-86 degrees F to above that range — there was a 0.5 percent increase in self-reported mental health issues. It sounds small, but if extrapolated across the current U.S. population over a 30-day period, that increase would lead to almost 2 million additional individuals reporting mental health difficulties.

The systems we have in place aren’t equipped to handle this influx of mental health issues, says psychiatrist Elizabeth Haase, another member of the Climate Psychiatry Alliance. She says it may require rethinking and restructuring our mental health care system, with an emphasis on community-based and value-based health care, where medical professionals are paid based on outcome.

The American Psychiatry Association acknowledged the potential toll of climate change last year in a position statement. It vowed to “support and collaborate with patients, communities, and other healthcare organizations engaged in efforts to mitigate the adverse health and mental health effects of climate change,” yet no substantial actions have been taken to this end. Lewis says many fields have dealt with similar inertia because climate change requires a different kind of thinking.

“We have to be thinking of this as one, big slow moving disaster,” she says. “And that’s a different mindset.”