“We are not in school today,” 16-year-old climate activist Greta Thunberg said on Friday, as a crowd of tens of thousands of people in New York City’s Battery Park chanted “Greta! Greta! Greta!”

What started a year ago as a solo protest has ignited a global youth movement to spur climate action. That was on display from coast to coast on Friday, as Amazon employees marched in front of the company’s Seattle headquarters and New York City streets overflowed with thousands of people, all expressing their solidarity with Thunberg and her “Skolstrejk for Klimatet.”

The New York City march was the result of more than two months of work by 15 high school students, including  activist Alexandria Villaseñor, a force behind the Fridays for Future movement. Worldwide, it was the biggest youth effort yet to organize an intergenerational protest, resulting in what was likely the largest climate protest in world history.

Organizers estimated that as many as 250,000 children and adults — students, workers, activists, academics, scientists — took the streets of lower Manhattan by storm in the name of climate action. (The mayor’s office put the number at 60,000.)

“I feel incredibly proud of what 15 people were able to accomplish,” Xiye Bastida, one of the student organizers, told Grist. “I also know this is such a small step to tackle the climate crisis. But today I’m happy.” 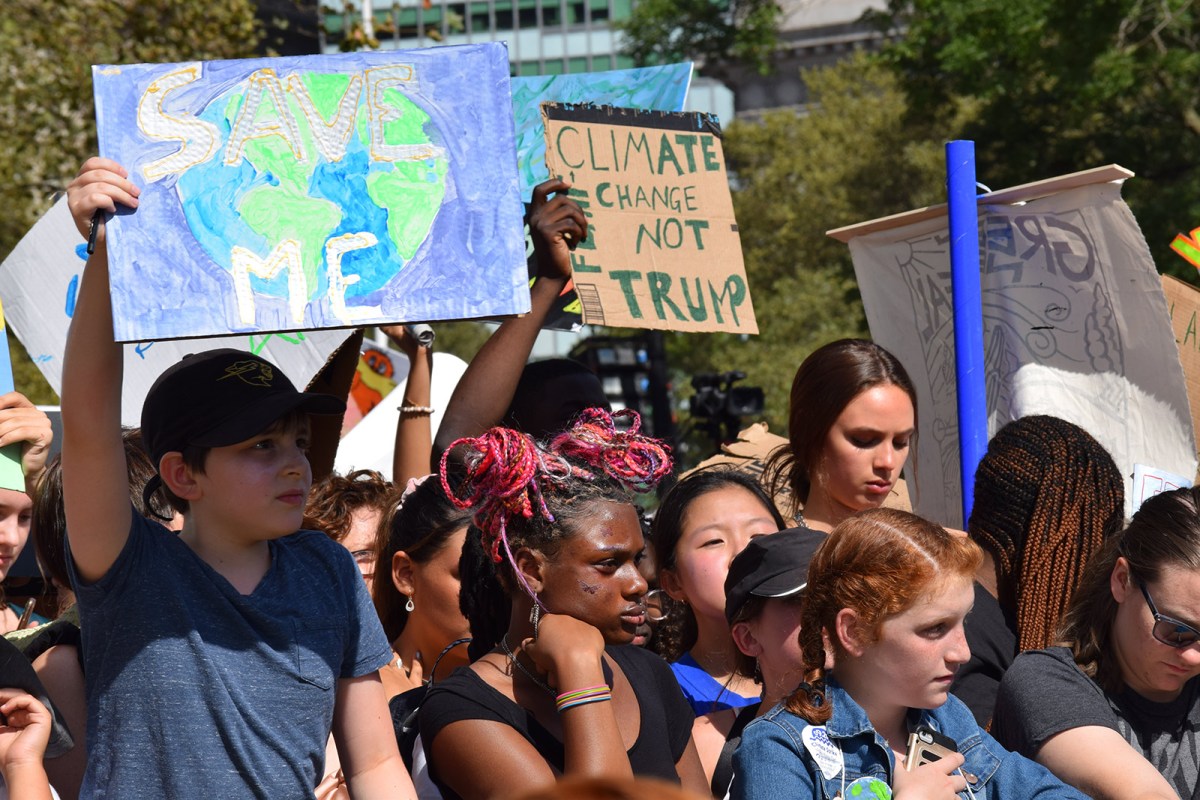 The event ran for more than five hours, starting from Foley Square in lower Manhattan, where the crowd heard from speakers such as Varshini Prakash, cofounder of the Sunrise Movement. As strikers made their way down Broadway, the streets filled with chants like, “What do we want? Climate justice!”

“I’m here following the leadership of the youth and indigenous people, who are leading the way of the climate movement,” said Georgi York, a member of Oxfam, a nonprofit focused on fighting global poverty. “I don’t think the world has seen anything like this. Now is clearly the moment for change, and we need to get behind the young people.”

The climate strike, which took place days before global leaders will gather at the U.N. Climate Summit, coincided with a march in Brooklyn for the Puerto Rico Day in Action, commemorating the two-year anniversary of Hurricane Maria, the Category 5 storm that wreaked havoc on the U.S. territory.

Organizers projected that 4 million people would participate in protests worldwide, and the New York Times reports that “several cities had turnouts in the range of 100,000 and many more in the tens of thousands.” 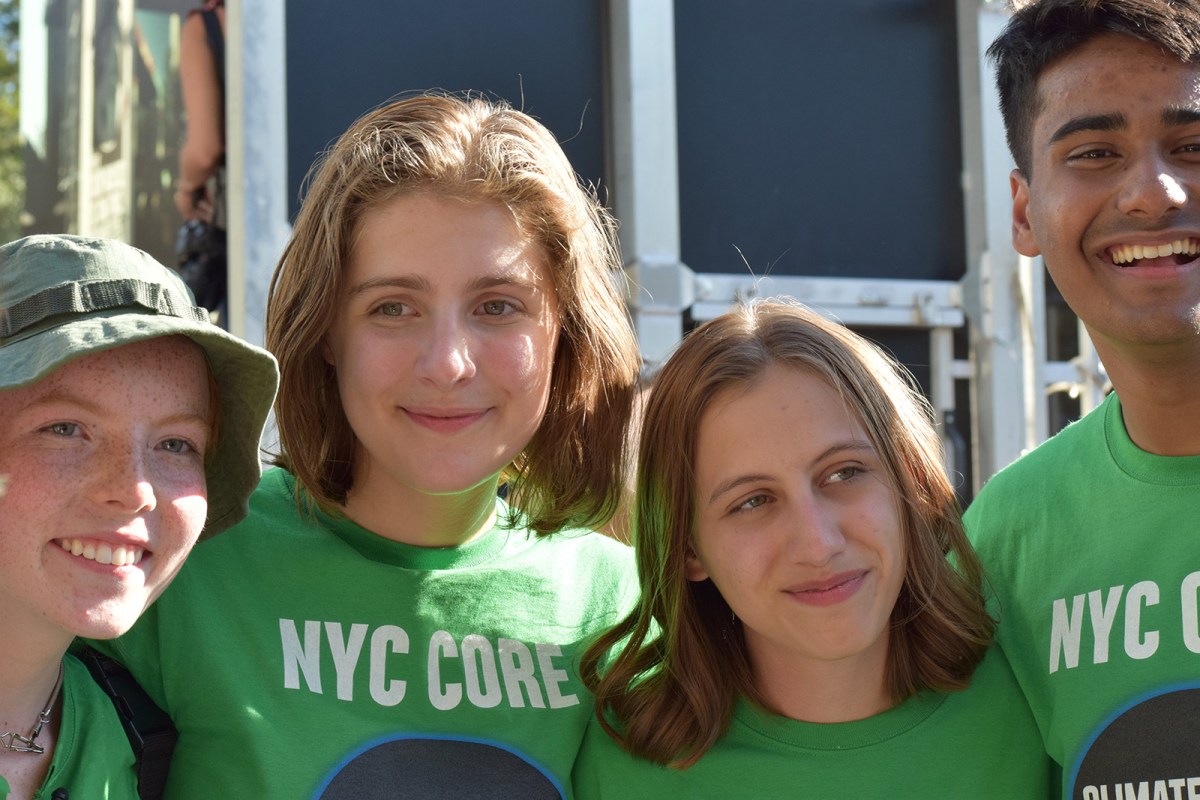 Though many students attended the strike in New York, some of the youngest were unable to be there. Many elementary school students made signs and planned to attend with their teachers as chaperones, but the New York Department of Education announced two days prior to the march that New York City public school teachers would not be permitted to attend. The last-minute declaration sent parents of kids who wanted to march scrambling. Without teachers as chaperones, many younger children with working parents had to stay behind.

By the time the marchers reached Battery Park, the sun was blazing. The event had to pause several times throughout the afternoon for medics to rush through the crowd to tend to fainting attendees.

Isabella Fallahi, a student speaker and organizer from Indiana*, took the stage, telling the crowd that she is from a frontline community where asthma rates are high. “I wake up at night feeling like I’m drowning. I can’t catch my breath, I can’t scream for help,” she said. “I couldn’t scream then, but hear me scream now!”

The brother-sister singer-songwriter duo Jaden and Willow Smith took to the stage for performances and brief motivational speeches, leading the crowd in chants. 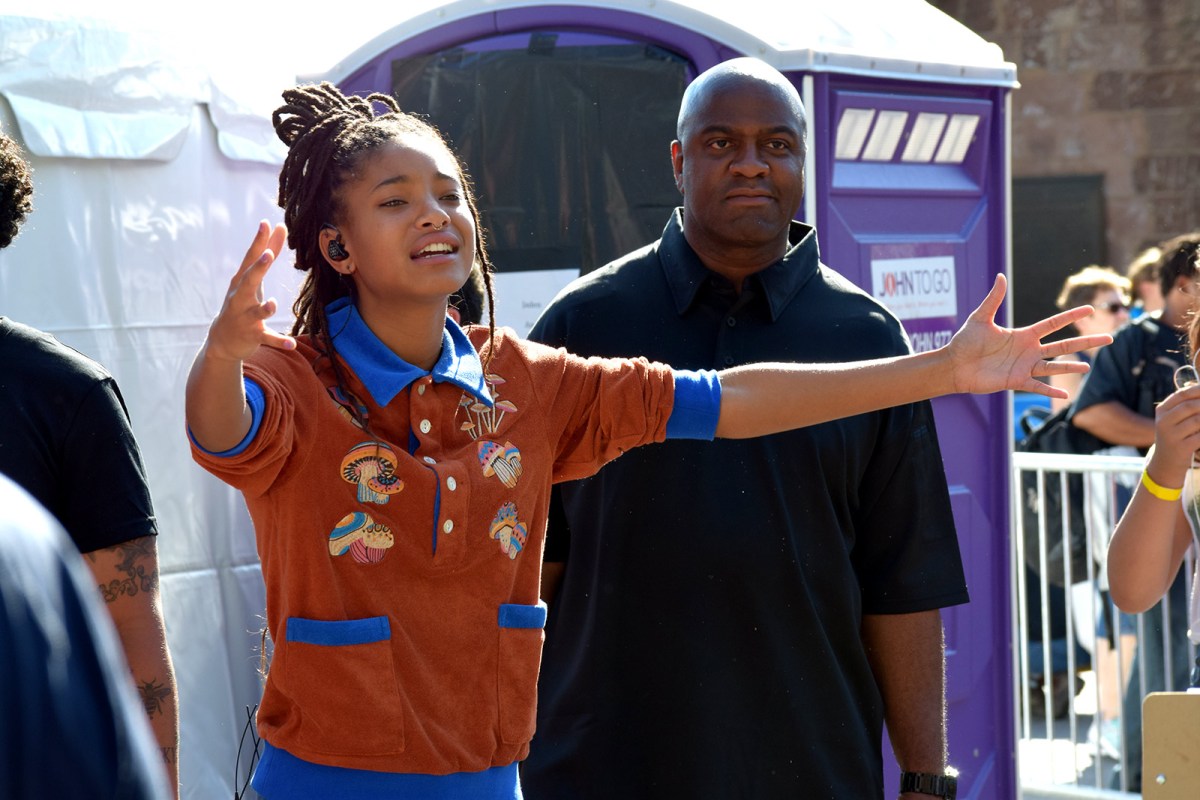 “This is the most incredible thing I have ever seen,” said Jaden Smith as he took the stage. “As I’ve been getting older, I feel like the summers are getting warmer and warmer and warmer.” The pair then launched into his song “Summertime in Paris.”

Finally, Villaseñor, the 14-year-old New York climate activist who began striking outside the U.N. Headquarters last December, introduced Thunberg, the final speaker of the event. Thunberg took the stage to screams worthy of a Beatles concert.

At Monday’s U.N. Climate Summit, “the eyes of the world” will be on world leaders, she said. “They have the chance to prove their leadership, and that they actually hear us.”

“Do you think they hear us?” Thunberg asked the crowd. “No!” the crowd responded in unison. “Well, we will make them hear us,” she said.

Correction: We originally said Isabella Fallahi is from Iowa, not Indiana.