“Were gonna strike cause the waters are rising, we’re gonna strike cause people are dying,” an Amazon organizer sang into a bullhorn in front of a crowd of around 3,000 at Amazon’s headquarters in Seattle on Friday. Behind him, the Amazon spheres — two geodesic domes reminiscent of Buckminster Fuller’s failed experiment — glinted in the sunlight. Someone held a sign in front of the spheres reading: “Spheres are cool. Don’t wanna live in one.”

Amazon employees have been organizing in the name of climate change for months now. Earlier this summer, more than 7,500 employees backed a climate change resolution that called on the tech giant to adopt an aggressive climate plan. Shareholders voted the resolution down. But the company’s climate activists refused to take “no” for an answer.

The Amazon climate strike took place on Friday in solidarity with the global youth climate strikes inspired by Greta Thunberg’s “Fridays for Future” movement. “We’re here because of the bravery of a young girl named Greta,” another Amazon speaker said to loud cheers from the crowd. 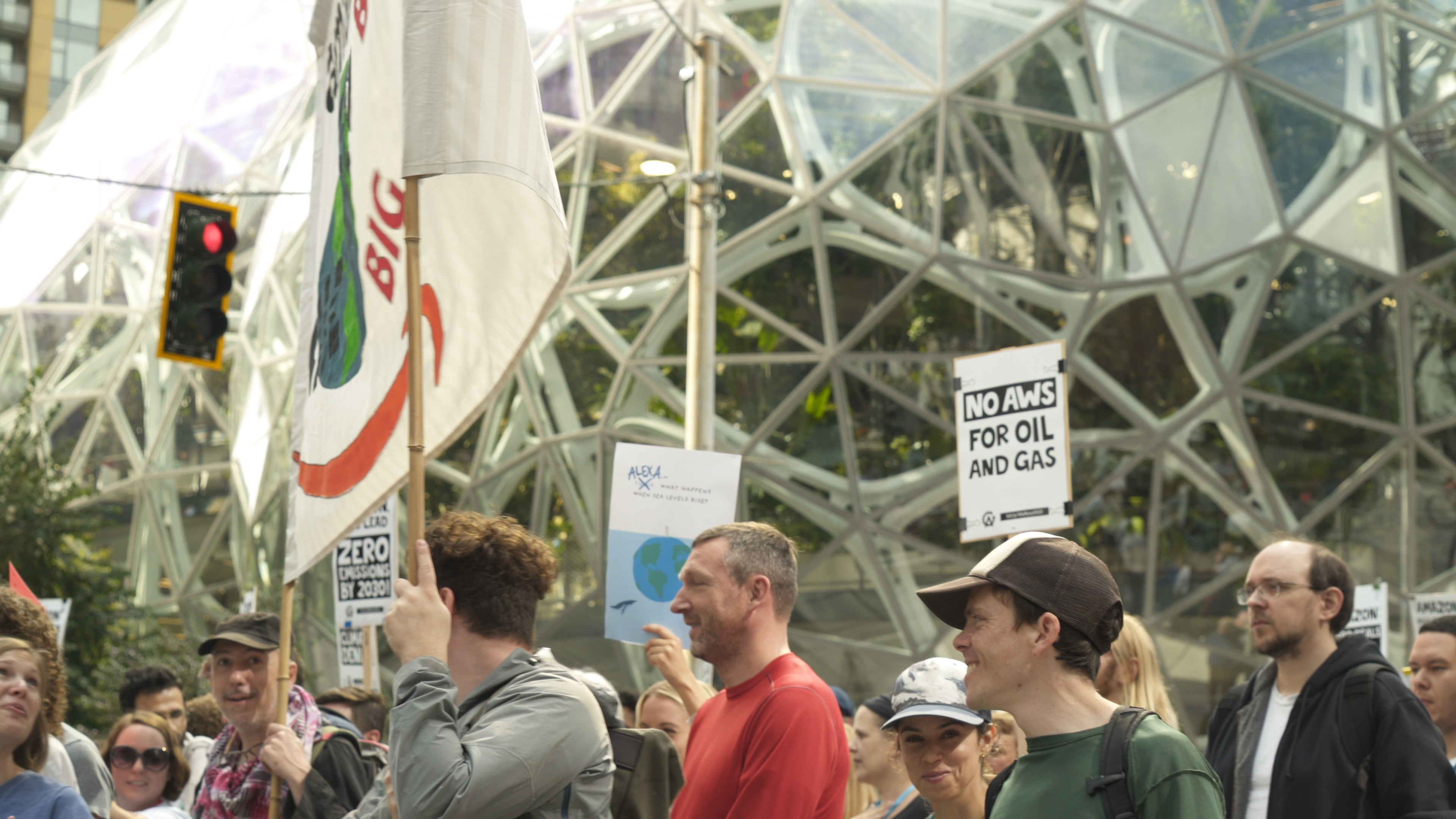 On Thursday, founder and CEO Jeff Bezos unveiled an ambitious climate plan aimed at reaching net-zero carbon emissions by 2040 — a decade ahead of the deadline laid out in the Paris climate agreement. But employees say that’s not enough.

Henry Lai, a 26-year-old software development engineer who has been with the company for two years, participated in the strike on Friday because he believes in the cause. “We’re out here with the students and what they’re telling us is they really care about the future and their planet’s future,” he said. Of the company’s new climate plan, he said, “It’s good that we’ve got a response finally from Bezos.” He thinks the climate change resolution inspired the company’s CEO to take more decisive action. 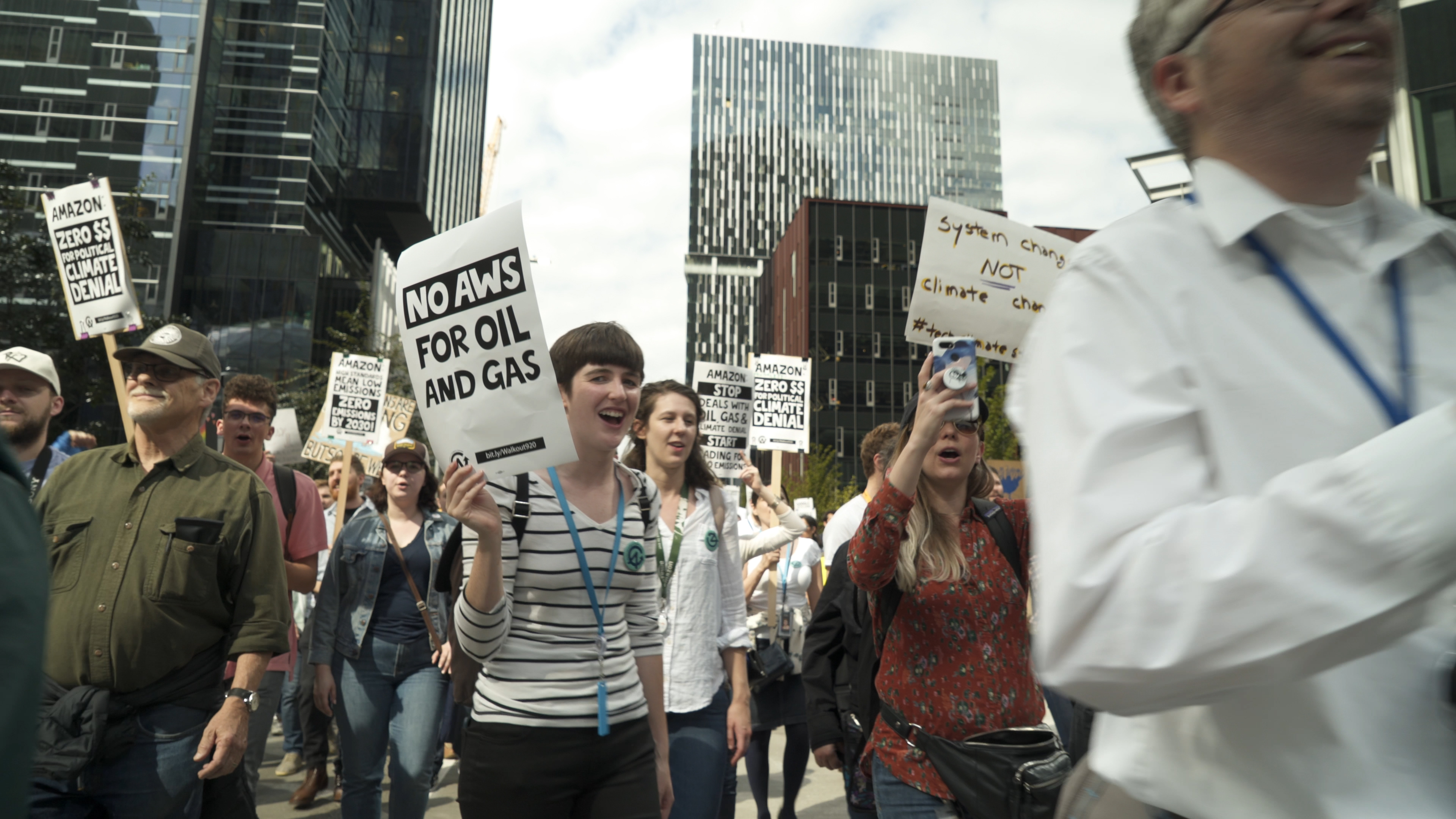 “It’s been super exciting,” said Cat Han, a 30-year-old software developer at Amazon and one of the main organizers of the climate efforts taking place internally at the company. “This has been the culmination of a lot of work from a lot of employees so it’s just been so energizing and so inspiring being here.” Han hopes the strike will bring more awareness to the climate crisis. From Amazon, she wants strong commitments to global climate leadership, including an end to the company’s cloud computing contracts with the fossil fuel industry. “We have to address a lot of the dealings that we have with oil and gas companies and the funding that goes into the lobbying groups that support climate denial,” she said.

Han thinks Bezos’ new climate plan is a step in the right direction, but she wants to see company leadership take much stronger action to address climate change. “Getting to the Paris Agreement 10 years ahead of time will not put us on the right track to a liveable world,” she said. “We’re not doing enough. The climate plan needs to be more comprehensive.”