What does this record heatwave mean for Alaska? 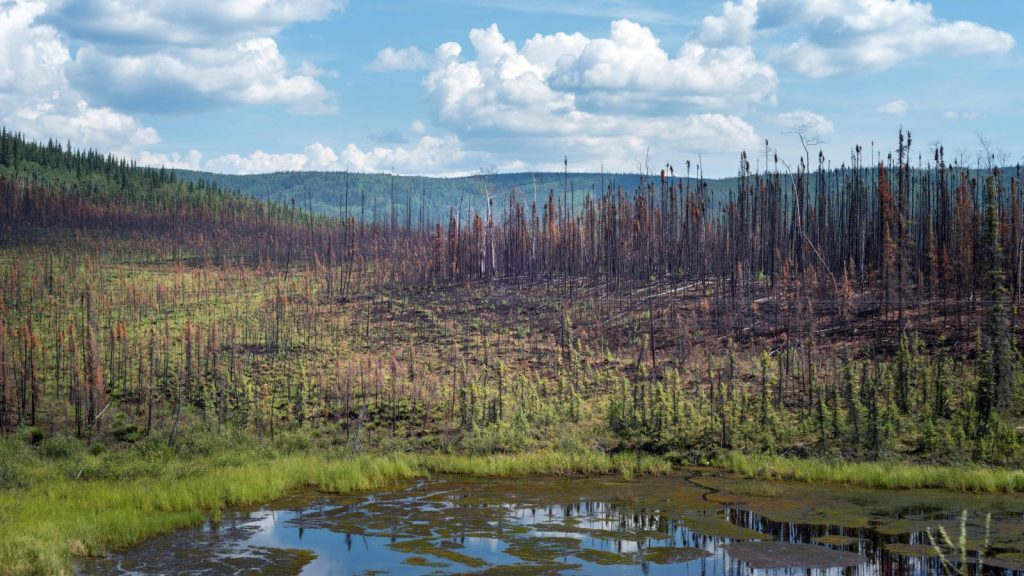 What does this record heatwave mean for Alaska?

Record-breaking heat across Alaska is pushing tourists to beaches, and sending flames across the unseasonably hot, dry state.

Anchorage experienced higher-than-average temperatures nearly every day of June, reaching a balmy 80 degrees on days that once maxed out at a mild 67.

The weather is forecasted to heat up further through and after the Fourth of July, with temperatures expected to climb to nearly 90 degrees in Fairbanks and Anchorage over the weekend.

If the forecasts are correct, the state could set several new local heat records before the week is out.

Alaska’s heating has a cascading effect. As ocean temperatures rise, the coasts heat up, with potentially catastrophic consequences on land and in the water. And all that local heat contributes to faster planet-wide warming.

Alaska is no stranger to large wildfires, and so far this year’s fire season is only slightly worse than average. But with about a quarter-million acres burned in roughly the last week, nearly 120 fires still uncontained, and the heat still rising, authorities aren’t taking any chances.

With resources spread thin and fearing further sparks, the state fire marshal’s office issued a statewide ban on the sale and personal use of fireworks ahead of the holiday.

Alaska is trapped in a kind of hot feedback loop, as the Arctic is heating up much faster than the rest of the planet. Ocean surface temperatures upwards of 10 degrees hotter than average have helped to warm up the state’s coasts. When Bering and Chukchi sea ice collapsed and melted months earlier than normal this spring, the University of Alaska climate specialist Rick Thoman characterized the water as “baking.”

“I intentionally try to not be hyperbolic, but what do you say when there’s 10- to 20-degree ocean water temperature above normal?” Thoman told the Guardian. “How else do you describe that besides extraordinary?”

Accelerating ice melt stands to put the state’s coastal communities at risk, reshaping food sources the people rely on and the very land on which they live. Where there are no built roads, Alaskans rely on frozen ground as infrastructure for traveling. Less ice means less of the life that’s evolved to depend on that ice, both animal and human.

“It’s really affecting people’s ability to provide for themselves and their families,” said Brendan Kelly, a University of Alaska marine biology professor and executive director of Study of Environmental Arctic Change. “The amount of time people have to fish, to hunt, to trap is shrinking from both ends.”

Dozens of towns in Alaska are now or will soon be in need of relocation from eroding land and rising oceans.

“Things are changing so rapidly in Alaska right now, we just can’t keep up,” said Thoman.