Flooding in Venice is not a new phenomenon, but the deluge that temporarily sank the “Floating City” this week was the worst Venetians have experienced in more than 50 years. As high tide came in on Tuesday night, amidst heavy rain and strong winds, water levels reached 6 feet above sea level in parts of the city.

Hundreds of ground-floors homes, shops, restaurants, and hotels throughout the city were inundated. Tables and chairs floated around public squares, and water taxis became stranded along the plazas. Italy has declared a state of emergency in Venice as the city assesses the damage and braces itself for continued high tides in the coming days. 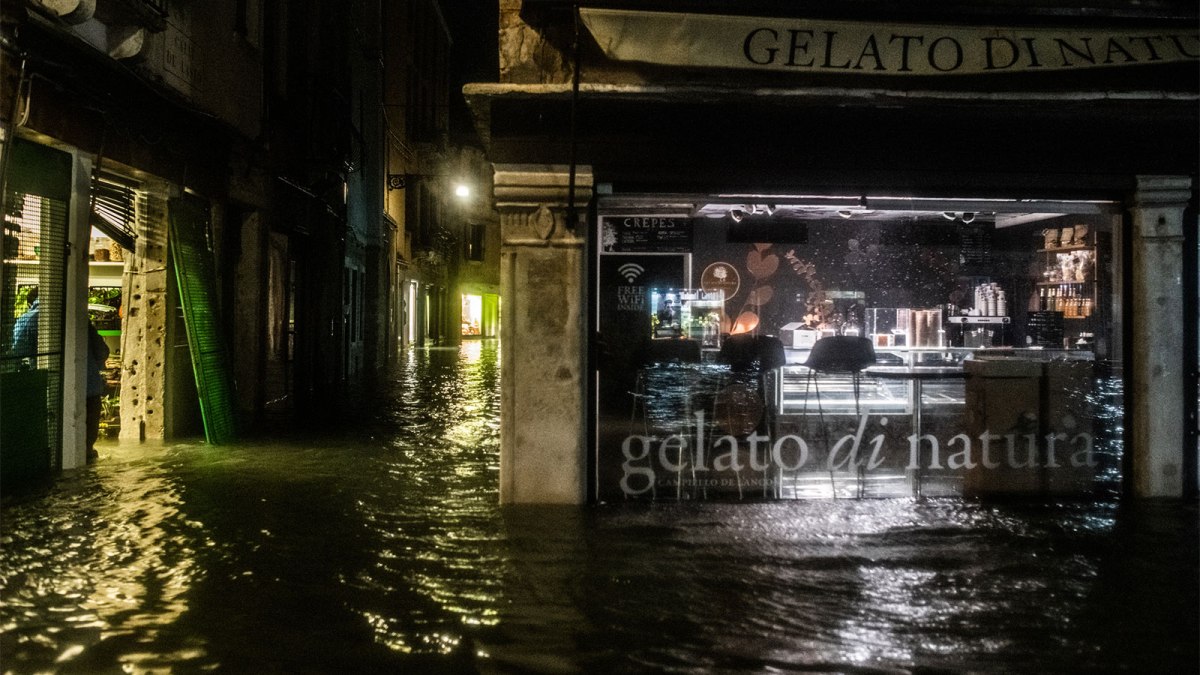 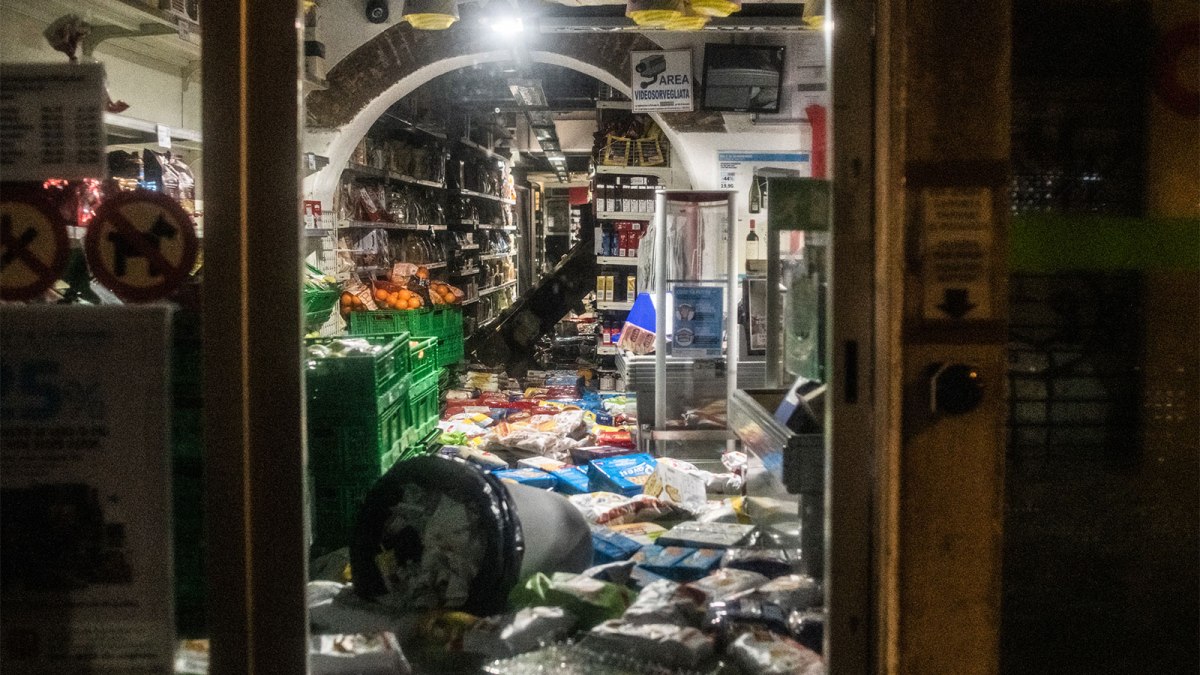 The water coursed through St. Mark’s Basilica, filling its crypt and potentially causing structural damage to its columns. 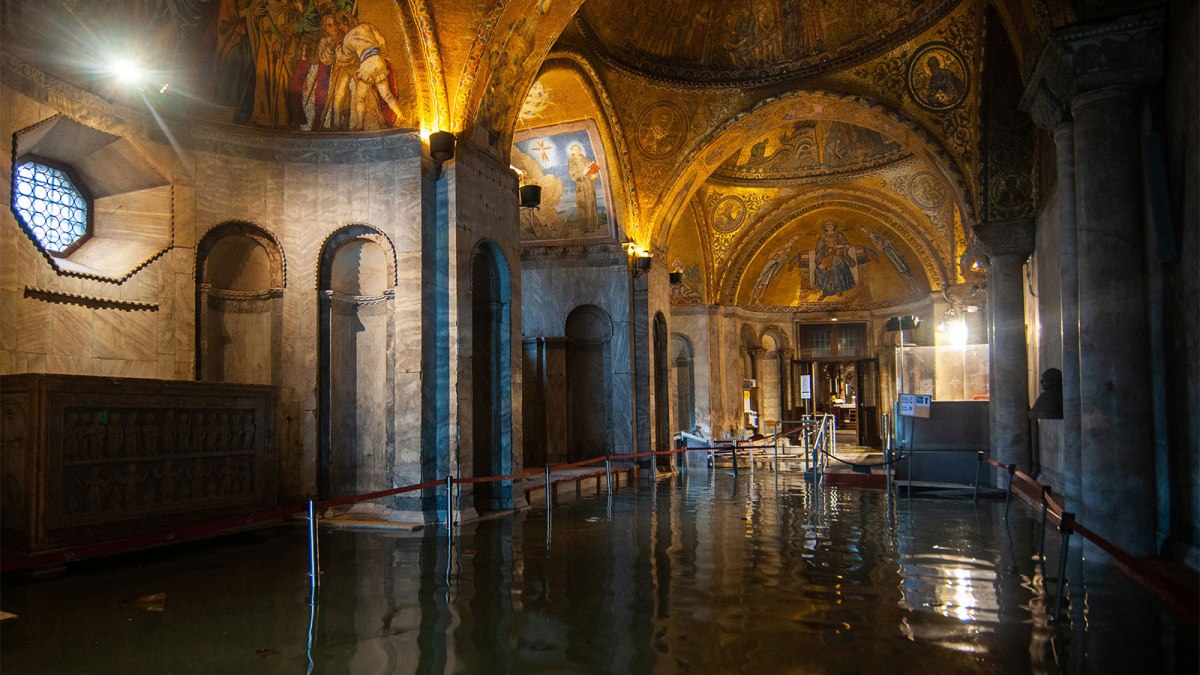 Even the rats sought out higher ground

One more from flooded Venice. I thought they could swim pic.twitter.com/BSWqKMxmu4

But the knee-high water in St. Mark’s Square, the lowest-lying ground in all of Venice, did not stop tourists from getting their requisite selfies: 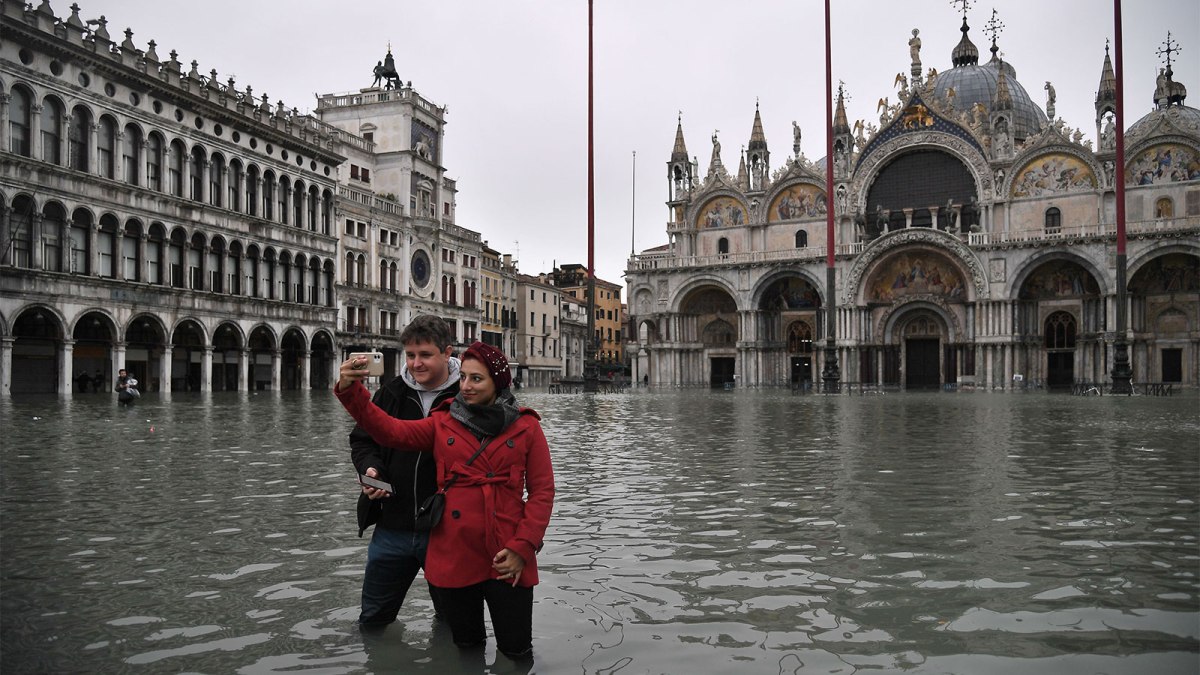 Far from the tourists sites and luxury hotels, on the neighboring island of Pallestrina, an elderly man died while trying to pump water from his home.

@cnnbrk @BBCWorld @NBCNews @ABC @Reuters : this is the situation in Pellestrina, one of the island of Venice – no tourists here, just destruction….

The mayor of Venice, Luigi Brugnaro, blamed climate change for the flood, and there’s merit to that. Flooding in Venice has been getting worse: Of the highest 10 tides that have ever occurred in Venice, five were in the past 20 years, and the most recent one was last year, according to the BBC. Sea level rise and changes to the jet stream, two consequences of climate change, will put Venice at increasingly greater risk in the future. The other issue is that the city is sinking.

On Tuesday night, water crept into the chambers of the Veneto regional council for the first time in history, filling the room like a bathtub. The meeting was cut short, and Venetian Democratic Party councilor Andrea Zanoni took to Facebook to proclaim that the flood came two minutes after the regional council had rejected measures on climate change, such as investing in renewable energy and switching to electric buses.

The council’s president, Roberto Ciambetti, denied Zanoni’s accusation to CNN, and said the council had voted to spend millions to fight air pollution.

On Twitter, many lamented the delay of a more than $6 billion flood-protection system called MOSE that is still under construction.

Massive flood in #Venice for the extreme weather events of these days. The high tide reached #187cm. The 2nd highest tide ever recorded after the floods of '66. Billions of public money spent for the #MOSE while easier, more practical and "softer" solutions were possible. pic.twitter.com/aFFeGP9OFJ

The underwater dam system has been plagued by a corruption scandal and engineering problems. Mayor Brugnaro declared that if MOSE had been up and running, the city would have avoided such a devastating high tide. But critics, including UNESCO itself, say the project is not designed to handle the flooding that Venice will see in the future.

With an exceptional #acquaalta today in #Venice it is time to re-visit the failure that is #MOSE. A financial, environmental, structural waste of resources that epitomizes the corruption & greed of the #Brugnaro administration @jeffgoodell explains ~ https://t.co/HcBsy5Zpvm pic.twitter.com/wdWVVyPrEi