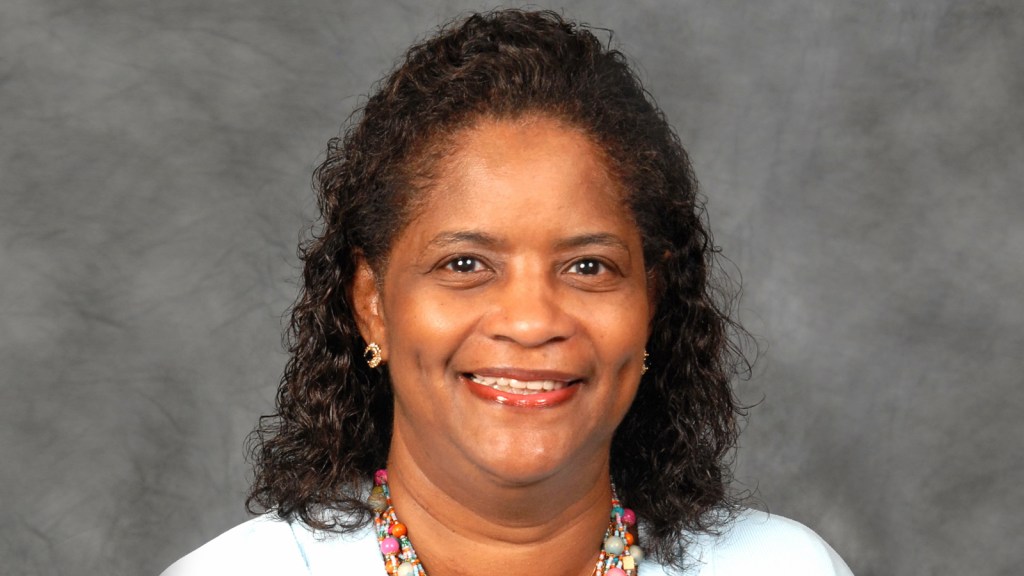 Kathy Egland was one of the first black students to desegregate her high school in Hattiesburg, Miss., in 1967. As a child and young adult, she marched for the right to vote and against segregated buses and drinking fountains. Now she’s fighting for the right to a clean, safe environment, serving as chair of the NAACP National Board’s committee on environmental and climate justice.

Egland has a long history of concern for environmental justice. Growing up in the shadow of a chemical plant, she and her family suffered from the unbearable smell — and also from asthma, headaches, and nosebleeds. As an adult, Egland moved to Gulfport, Miss., where she again faced environmental hazards — this time from a toxin-spewing, coal-fired power plant. Thanks to activism by Egland and others — and a path-breaking partnership between the NAACP and the Sierra Club — that plant stopped burning coal in April 2015.

But what really turned Egland into an environmental justice activist was Hurricane Katrina, as she explains in this interview.

Q. How did you connect the dots between civil rights, environmental justice, and climate change?

A. I always felt that I was environmentally conscious — doing my part with recycling and being aware. But Hurricane Katrina was a revelation. It made it something more. It made it one of my life’s priorities.

A. Yes, very much so. Because in the back of my mind, I knew it was going to happen, but I always thought it was going to be somewhere else. It never dawned on me that it would literally happen right here in my community. So that made it real. It took what was more of a casual awareness to a whole new level for me.

Q. Your city — Gulfport, Miss. — was devastated by Hurricane Katrina. And of course, those impacts were layered on top of the other challenges you’ve been fighting for years, like inequality and poverty.

A. I saw firsthand the inequities during the relief efforts. There was absolutely no sensitivity around having relief centers or distribution centers accessible to the people who didn’t have the transportation or who didn’t have money for gas. The Salvation Army would drive around in the food truck, but they weren’t going in the neighborhoods where people didn’t have cars.

Of course, people say disasters don’t discriminate. “Well, we all suffer.” Yes, but we all have different levels of how we’re able to recover. It is certainly income-based, which is usually racially based because if you look at the demographics here and you look at the people who are living in poverty, it’s a disproportionate number of minorities.

Q. What have you been able to do to prepare for the next one, to help reduce some of that vulnerability?

A. We at the NAACP called out the relief agencies, and they realized that they were not serving all of the communities. So we were able to get distribution centers set up in areas where they would be accessible to those who needed them most.

We have also been trying to raise awareness about climate change and sea-level rise. Everyone in this area has a heightened awareness of hurricanes, but what a lot of people did not understand until now is, when it floods in places where it hadn’t flooded before, that is due to sea-level rise.

We worked with NOAA and Climate Central to co-host a training on sea-level rise. We learned how to use Climate Central’s Surging Seas Risk Finder, an interactive tool that lets us map the vulnerability of our neighborhoods. People who attended were so interested that everybody signed up for a follow-up training.

Q. So, understanding the risks of sea-level rise is drawing new attention to climate change?

A. Yes. These intense storms and droughts and wildfires are going to increase unless we address global warming globally. But we also have a lot of work to do here at home. So we talk about energy savings, practical things we can do to reduce energy consumption. We have worked with the local energy company, doing weatherization in low-income and minority communities.

And we’ve been working to increase access to healthy, fresh food. If people are receiving food assistance and they don’t have access to grocery stores where they can purchase things more cheaply, then they’re going to the convenience stores because they’re more accessible. Before they know it, they’ve used up their allowance on their food stamp cards. This affects people’s ability to prepare for emergencies, too: If you’ve spent your food allowance, you don’t have the money to purchase emergency food supplies during a storm or you don’t have the money to evacuate. Because Hurricane Katrina hit at the end of the month, people had no money left on their EBT cards to go out and buy canned foods and water.

So if you have more access to healthier foods and fresh foods, then that will allow you some savings and you’ll be able to maximize the benefits that you get from food assistance. That’s why we’ve been talking to our mayor and city manager about assistance with irrigation to create some community gardens.

Q. You had a huge victory a little more than a year ago — getting the Mississippi Power Company to stop burning coal at the Jack Watson power plant. How did you make that happen?

A. Well, after the release of the NAACP Coal Blooded report — which gave the Jack Watson plant a D- grade on an environmental justice scale — we had a full-day training session because people just didn’t know what our community was being exposed to.

Of course, we were going up against the local power company, which was saying we were against jobs — that we were working with environmental groups who cared more about trees than jobs. So we had to debunk that.

We had a series of town hall meetings with community members — clergy, businesspeople, health professionals, elected officials. We had the state epidemiologist come in. We had a representative from an energy company. We had the Mississippi Department of Environmental Quality (MDEQ).

Another thing is that the two agencies charged with making the decision about the power plant — the MDEQ and the Public Service Commission — did not reflect the racial makeup of our state, which is 48 percent African-American. I went online and saw the pictures of the commissioners. No one in those photos looked like me.

So we had a letter-writing campaign to the governor. At our town hall meetings, we would have these postcards that people would sign. We sent them to the governor, and we also passed a resolution at the NAACP state convention. It worked: They did finally appoint an African-American MDEQ commissioner.

And we kept the pressure on, calling for the plant to be cleaned up or shut down. We worked closely with the Sierra Club, which ultimately won a settlement agreement that led to the plant’s closure. The Sierra Club recognized and credited the NAACP’s voices and involvement as a contributing factor in the company’s agreement to cease burning coal.

The Sierra Club attorney, Robert Wiygul, and the Mississippi State Sierra Club Director, Louie Miller, actually called us in before their announcement was made public. I will never forget that day. It’s like how you knew where you were when you heard the news that President Kennedy had been killed. We didn’t know what we were going there for, and they asked us to sit down. Then they started telling us about the settlement.

I sat there in disbelief. “OK. Where are the cameras? You’re joking, right?” They told us, “We’re calling you here because without your advocacy, without you pushing this as well, we probably wouldn’t have gotten to this point.”

Q. As part of the Sierra Club settlement, you also got Mississippi Power to drop its opposition to “net metering,” which lets solar-powered households sell their surplus energy back to the grid. Tell me about that.

We have been able to explain to people that solar, like everything else, will be in everyone’s reach. I have a PowerPoint that I have shown, with pictures of a computer and a cell phone and a flat-screen television. I ask, “Did you own one of these 10 years ago or 15 years ago?” Nobody’s hand raises. Then I ask, “Do you own one now?” and everyone’s hand is raised. That will be the case with solar.

Q. This is not a traditional issue for NAACP. Did you have trouble making the case that this was a civil rights issue?

A. A lot of trouble. This issue is a lot different than someone being shot by a police officer. But it’s getting easier.

We were actually invited to a dinner meeting with local power company officials in early 2013, before our Coal Blooded campaign and training. They started off with, “I sure hope you all aren’t working with that Sierra Club. They don’t care anything at all about black people. They’re using you.”

I just totally went off. I told them, “First and foremost, the NAACP has its own environmental and climate justice department. We did our own research. We definitely agree with the Sierra Club on some issues, but this has nothing to do with the Sierra Club.”

Now people are convinced, because they see that a lot of things they told us in those town hall meetings were simply not true.

Q. You’ve been fighting these battles for a while now with success. What advice would you give to others who are just starting out?

I did a presentation at the U.N. Center, when I was in the People’s Climate March in 2014. When I looked out at the young people in that march, they reminded me of me. I was their age when I marched with Dr. King. I started thinking, “What would Dr. King say?” I said, “I know. I bet you he would say, ‘Fossil-free at last. Fossil-free at last. One day we’re going to be fossil-free at last.’”

Laurie Mazur is the editor for the Kresge Foundation/Island Press Urban Resilience Project, which is working to advance a holistic, transformative approach to urban resilience in the era of climate change, grounded in a commitment to sustainability and equity.