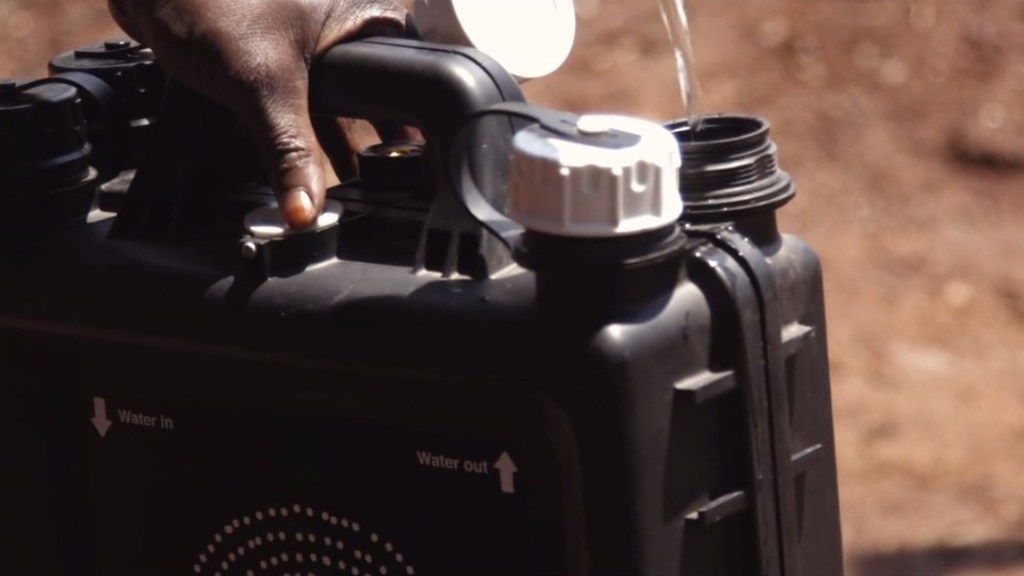 We’ve found some creative uses for the sun’s rays over the years — think sundials, shadow photography, and good old-fashioned sunbathing. But here’s one you may not have seen before: a solar-powered water purifier designed for household use.

The filtration system, called Solvatten, is a two-in-one: It heats water and makes it safe to drink. Petra Wadström, a Swedish artist, came up with the idea a decade ago — and now, 42,000 Solvatten devices are being used in 45 countries around the world.

Here’s how it works, from Quartz:

A black, plastic container is carried to a water source and filled with 10 liters (2.2 gallons) of water, which passes though a mesh to filter out bigger particles. Once home, the casing splits into two, opening up like a book, revealing transparent acrylic surfaces with a dense mesh of molecules that allow UV light to pass through. It’s then placed in the sun. The light disrupts the formation of DNA connections in bacteria in the water, making it impossible for them to reproduce.

Alone, this wouldn’t be enough to make the water safe. But the black plastic of the casing also helps the water heat up to above 55 degrees C (131 degrees F), which is warm enough to do the rest of the work.

Most of us don’t think twice about our access to hot water when we shower, wash dishes, or brew a piping-hot cup of joe. Not so in sub-Saharan Africa where, according to Solvatten’s website, 70 percent of energy used in a typical home goes toward heating water. When this energy comes from wood or charcoal, unhealthy consequences may ensue: smoke inhalation, deforestation, global warming, etc., etc.

That’s where Solvatten — recognized by the U.N. in 2015 as one of the leaders tackling climate change — steps in. In a world where 660 million people still lack access to clean water, it’s an elegantly simple solution to a very sticky problem.

As long as those places are sunnier than Grist HQ, that is.