What kind of liquor is best for the environment? 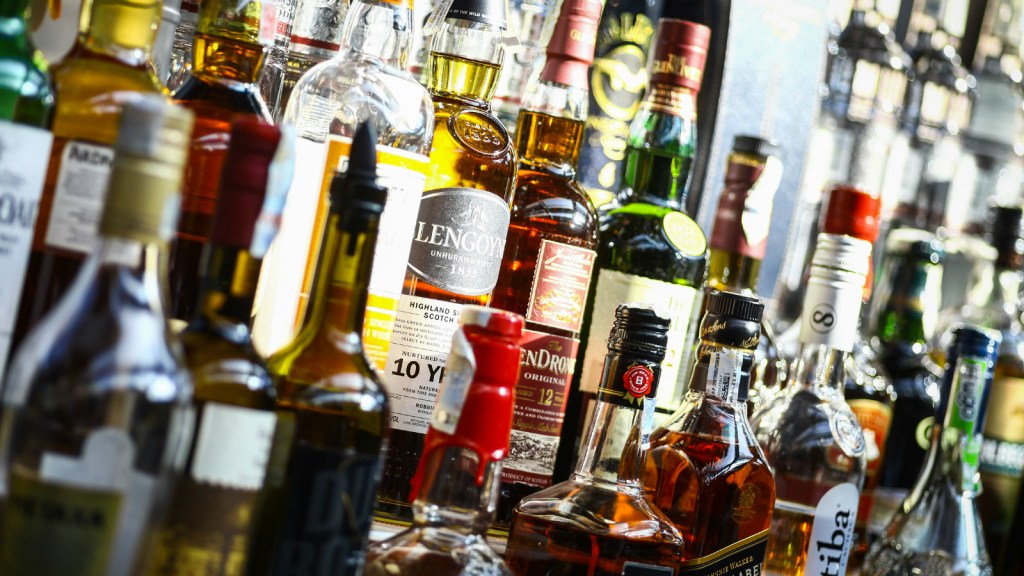 What kind of liquor is best for the environment?

Which type of liquor is the most environmentally friendly? My friends and I were discussing which inputs would be the best: agave for tequila, sugarcane for rum, corn for whiskey, etc. I have heard that Four Roses whiskey is non-GMO, and probably the only whiskey that can make this claim, given the ubiquity of GMO corn. Anyway, how can I drink eco-responsibly?

Many a liquor purveyor urges us to “drink responsibly.” How I’d love to see them trumpet your goal too: “drink eco-responsibly.” Drinking eco-irresponsibly does pose dangers — after knocking back a few too many, you might order a PVC shower curtain online, or do a load of laundry during peak hours, or even get a toxic tattoo. Talk about regretting your choices in the morning.

But more to your point, eco-responsibility when imbibing primarily involves picking one’s poisons wisely, with your drink’s overall production impact in mind. After all, a margarita, a whiskey sour, and the lime Jell-O shots your friend Bernard made for your 21st birthday aren’t quite equals on the sustainability scale (or the hangover scale — trust me on that one). So which liquor is the greenest? Well, that’s a tricky question. Production methods, distillation techniques, and even raw ingredients vary widely from bottle to bottle of even the same kinds of spirits, making it difficult to say one is across-the-board better than another. So instead, let’s examine the major liquors individually and shake up some guidelines — I daresay that’ll serve you better.

One more caveat before we start sipping: A drink’s impact extends beyond its agricultural inputs to its packaging, shipping methods, and refrigeration, among other things. But you’ve asked about production factors specifically, Amy, so let’s stick to that today. (We can save that other stuff for a barstool conversation — or you can dig a bit deeper here and here.)

It might be every pirate’s favorite quaff, but your average rum tends to have few environmentalist fans. That’s because it’s derived from sugarcane, a crop that’s not exactly known for sustainable production. Among its eco-sins: Sugarcane is associated with the loss of biodiversity, water and soil pollution, erosion, and a destructive slash-and-burn method of harvesting, with much of the damage happening in far-flung lands like Vietnam’s Mekong Delta. And good luck finding a local source up in Portland (though Floridians, at least, can claim their own small-batch rums.) It might be best to save this spicy sipper for tropical vacations for now, though Bacardi, for one, is greening up its sourcing for 2022. But if you do go for a mojito now and then, look for organic rums, which will at least take chemical fertilizers and pesticides out of the equation.

Is it just me, or does everyone have an unfortunate story involving tequila? And often, it’s as rough on the land as it is on the tummy. First off, you won’t find a neighborhood distiller: By law, tequila must trace its provenance back to agave from the Tequila region in Mexico (go figure). Then there’s the agricultural impact. Agave is slow-growing and vulnerable to pests, which leads to lots of pesticide use. Surging demand for tequila has also led to monoculture fields that threaten biodiversity (including this bat). And its production is notoriously dirty, spewing out lots of a water-polluting acidic waste called vinaza. But it’s not all bad news: Organic practices for agave are catching on, and some distillers are creatively neutralizing the vinaza and turning it into compost. Reach for one of those greener brands the next time a Joe Nichols country song gets you inspired.

Here’s where it starts getting even more complicated. Whiskey is made from grain, which might include corn, wheat, rye, or barley — so you can imagine the range of agricultural practices that covers. The upside is that it’s easier to find the makings of a good Manhattan from a local source, and/or an organic one (here’s one example not too far from you — it’s not just Four Roses doing the non-GMO thing). Like tequila, the production of whiskey results in lots of acidic organic waste — but some brands, including biggie Maker’s Mark, have finagled a way to turn their waste into biogas energy.

Another catchall spirit of sorts, vodka is also made from grains such as corn, rice, rye, and sorghum (and sometimes potatoes too). Gin is essentially the same thing, with some juniper berries and other botanicals tossed into the mix. And as with whiskey, it’s not too hard to find locally sourced, organic ingredients for these clear liquors. One weakness: Because vodka is distilled to nearly pure ethanol before bottling, it uses more energy and water than other booze.

So there you go. No hard-and-fast winners, but I hope that’s plenty to fuel your next night out. One more bit of advice before happy hour: You’ve heard “Beer before liquor, never been sicker / Liquor before beer, never fear”? Don’t believe a word of it.