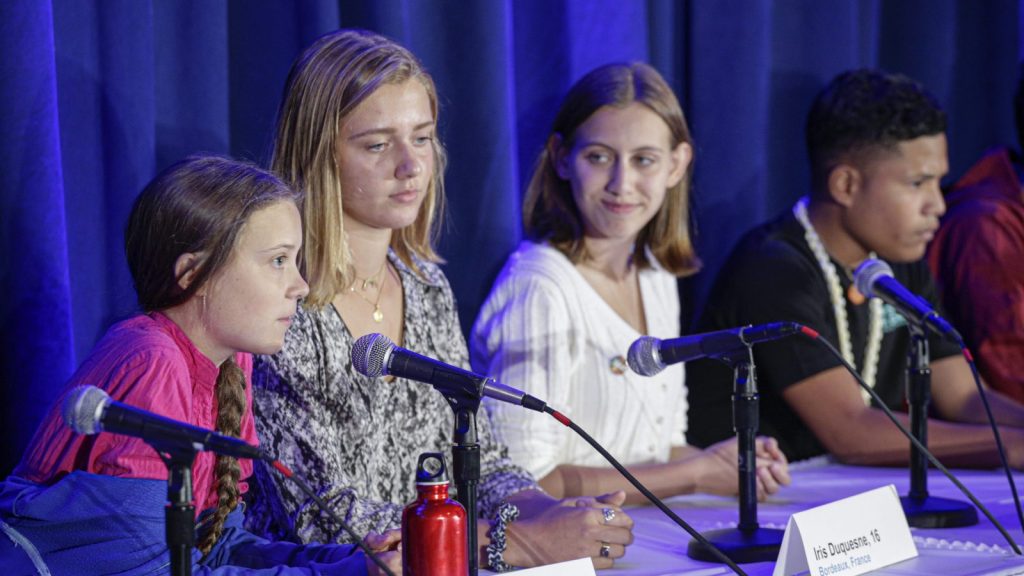 On Monday, a group of 16 kids, including climate maven Greta Thunberg, filed a petition against five nations under the United Nations Convention on the Rights of the Child. Earthjustice, the environmental law organization representing the kids, claims that the petition is “groundbreaking.” Some media outlets have called the move a “landmark” and “potentially world-changing” complaint, and it’s widely been referred to as a lawsuit.

The petition is certainly an impressive step, but it is neither groundbreaking nor a lawsuit. Want the lowdown on what the petition actually means and how it could effect change? Keep reading.

The Convention on the Rights of the Child is an international human rights treaty adopted by the U.N. General Assembly in 1989. The 196 countries that ratified it (including every member of the U.N. except the U.S.) are bound by international law to uphold the contents of the convention — though, as we all know, the U.N. speaks softly and carries a small stick. The treaty establishes a set of 12 protection measures aimed at ensuring the health, happiness, and safety of humans 18 years of age and under.

The 16 kids who brought the petition to the U.N. this week are arguing that their rights as laid out under the treaty are being violated by world governments that aren’t doing enough to combat climate change. In other words, rising temperatures are undermining the Rights of the Child. The subjects of the complaint? Argentina, Brazil, France, Germany, and Turkey. The kids don’t want financial restitution; they want the countries to take concrete action to stop climate change.

To be fair, the petition is unique in at least one way: This is the first time a complaint has been brought before the United Nations on the subject of climate change under the Convention on the Rights of the Child. But it’s not the first legal complaint of its type. Climate activists around the world, including one of the kids involved in this case, have taken human-rights-related legal action against their respective home countries before.

There’s a petition filed by citizens of the Torres Strait Islands with the U.N. Humans Rights Committee against Australia, an investigation underway by the Philippines Human Rights Commission about a petition brought by citizens against fossil fuels companies, and a number of similar petitions filed with the Inter-American Commission on Human Rights by Native Alaskans and Athabaskan people in Canada. Americans are probably most familiar with Juliana v. U.S., a court case that’s still making its way through the American judicial system.

“What all of these cases have in common is that they are seeking ultimately a declaration of the obligations of states or in the one case corporations to address climate change under human rights law,” said Mike Burger, the executive director of Columbia University’s Sabin Climate Change Law Center. “That would be a big deal. Would it be game-changing or world-changing?” he asked. Not exactly.

“The United Nations Secretary of the Convention on the Rights of the Child does not have any binding authority over these national governments,” Burger explained, “so the decision will not force, literally, these countries to do any particular thing.” That said, Burger emphasized, the petition has a “powerful rhetorical effect.” It “clarifies what’s at stake.”

The new petition at the U.N. is certainly symbolically powerful. But it becomes more impressive when you zoom out and look at the bigger picture: youth and other vulnerable populations are using every tool at their disposal to try to force their government officials into climate compliance. And that’s not even to mention the wave of climate liability lawsuits — a different kind of court case in which cities, counties, and even a group of commercial fishermen have sued Big Oil for causing the climate crisis — ongoing at the moment. If there’s one takeaway from the new development at the U.N., it’s that major emitters should start beefing up their legal teams: the kids, cities, states, fishermen, etc. are coming. Pretty soon, one of them could win.