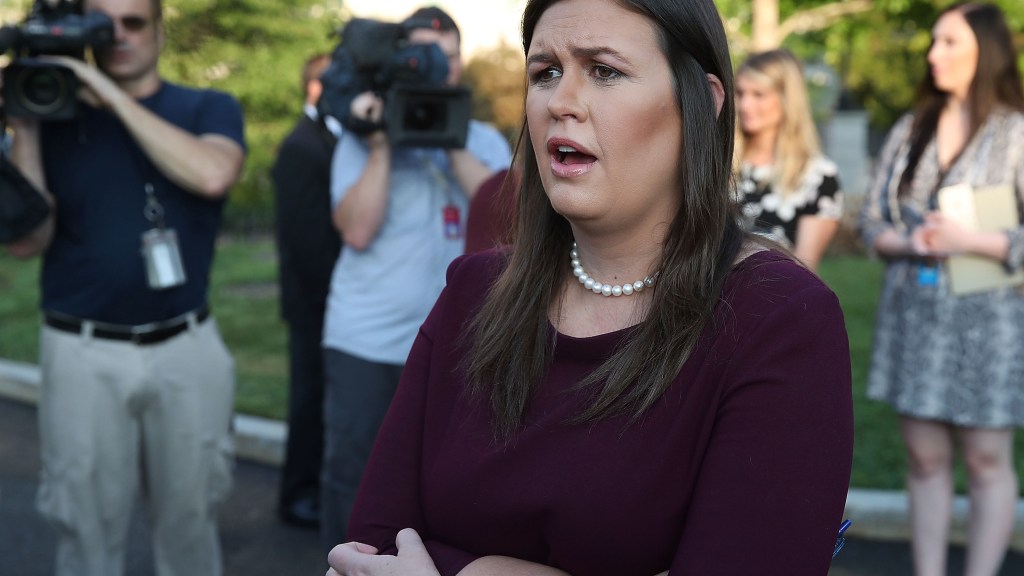 This story was originally published by the Bulletin and is reproduced here as part of the Climate Desk collaboration.

The federal government’s new National Climate Assessment is the latest scientific report to confirm the devastating effects of climate change: Extreme hot weather is getting more common, wildfires are becoming more devastating, rising sea levels are forcing people from their homes, and so forth. “Climate change is transforming where and how we live and presents growing challenges to human health and quality of life, the economy, and the natural systems that support us,” the report says. And without rapid action to reduce carbon emissions, these problems are going to get worse. A lot worse.

The Trump administration has responded to the climate crisis by rolling back regulations and policies intended to reduce carbon emissions — exactly the opposite of what experts say is required to slow global warming. So it was no surprise when the Trump administration tried to bury the inconvenient report by releasing it on the afternoon of Black Friday. It didn’t work, though.

On Monday, when asked about the report’s conclusion that climate change will wreak havoc on the U.S. economy, President Trump said, “I don’t believe it.” Tuesday, the White House doubled down on its climate denial, with Press Secretary Sarah Huckabee Sanders questioning the methodology and conclusions of the climate report and saying it was “not based on facts.” That phrase is a fitting description for the talking points offered up by the White House. With one exception, none of these points is factually accurate:

Climate change won’t affect the economy. The president may not “believe” it, but economists do. The report released a few days ago says that if climate change is left unchecked, “annual losses in some sectors are estimated to grow to hundreds of billions of dollars per year by the end of the century.”

It’s worth noting that the 1,656-page report was issued by Trump’s own government. It is backed by NASA, NOAA, the Pentagon, and 10 other federal scientific agencies. It represents decades of work by more than 300 authors.

Trump is leading on clean air and water. The president and his spokespeople have repeatedly tried to divert attention from climate change by claiming that what really matters is clean air and water. “The president is certainly leading on what matters most in this process, and that’s on having clean air, clean water. In fact, the United States continues to be a leader on that front,” Sanders said at the White House press conference. In case anyone missed it, she said it three times.

First off, the president is not leading on clean air and water. In fact, he has been working steadily to overturn or relax rules and programs designed to protect air and water, everything from the Clean Power Plan to fuel efficiency standards. The only reason America’s air and water are relatively clean today is because of policies and legislation adopted before Trump took office. The level of particulate matter in the air actually increased last year, after a long period of steady decline.

More important, the continued burning of fossil fuels is expected to make both the air and the water more polluted. The National Climate Assessment estimates with “high confidence” that global warming will increase ozone levels across the nation’s central region, and that it will lead to increased smoke from wildfires.

America’s air is the cleanest ever. In an interview with the Washington Post on Monday, Trump asserted that the nation’s air and water is “right now at a record clean.” Um, no.

The United States has relatively clean air, but not the world’s best. Canada, Australia, and four other countries have cleaner air by at least one metric. And thanks to wildfires exacerbated by climate change, Northern California literally had the world’s worst air quality earlier this month, dirtier even than the air above smoggy mega-cities in China and India.

The new report relies on extreme climate models, not facts. At the press conference, Sanders claimed that the latest climate assessment “is based on the most extreme model scenario, which contradicts long-established trends … It’s not data-driven.”

Not true, say authors of the report. In a Twitter thread, climate scientist Katharine Hayhoe of Texas Tech University said Sanders actually made two false statements, because Hayhoe and other authors of the report “considered many scenarios” including ones in which carbon emissions would be very low, and the observed increase in carbon emissions over the past 10 to 15 years has been consistent with the scenarios modeled in the report.

The report is based on decades of federal data, not just models — data that show carbon dioxide levels and global temperatures rising in tandem. As Axios reported last week, the Earth has been warmer than average for 406 months in a row: “This means that no one under the age of 32 has ever experienced a cooler-than-average month on this planet.” That’s an entire generation.

Climate modeling is difficult and imprecise. As Sanders said at the press conference, “Modeling the climate is an extremely complicated science that is never exact.” OK, score one true statement for Sarah.

What Sanders didn’t say, though, is that computer models have done a good job of predicting what has already happened to the climate, and they are constantly improving. Also, climate models are more likely to underestimate than overestimate the amount of long-term future change.

Obama’s science adviser agrees with Trump. One of Sanders’ talking points seemed to suggest that skepticism about the climate report was bipartisan: “Even Obama’s undersecretary for science didn’t believe the radical conclusions of the report that was released.” Sanders neglected to mention a few key facts about Steven E. Koonin, the former undersecretary who has frequently argued that climate science is not “settled.”

Koonin is a theoretical physicist, not a climate scientist. During the Obama administration, he served within the Energy Department for only 18 months, with limited budget authority and responsibilities. Sanders could just as easily have called Koonin “the former chief scientist for the multinational oil and gas company BP,” a position he held for five years. Or she could have called Koonin “the former Obama official that Trump’s EPA administrator wanted to use special authority to hire.” Either of those identifications would have made it clear that Koonin has far more in common with Trump than Obama.

The fact that one of Obama’s high-level employees doesn’t agree with the latest climate report is meaningless. But it’s a classic climate-denier strategy: Lean heavily on the few scientists who don’t agree with the mainstream consensus on climate change, and hope that the public will be fooled into thinking that scientists are evenly divided on the issue.

Based on facts. During its live broadcast of the press conference, CNN took the unusual step of displaying a “Facts First” sidebar next to Sanders. As the press secretary criticized the report, CNN posted a graphic with bullet points about the report: “Climate Change report involved 300 scientists, 13 federal agencies; Co-Author: Not paid for report; Open for review & transparency before publishing.”

It almost seemed as though CNN was trying to “inoculate” its viewers against what Sanders might say, a communications strategy that may be more effective than debunking false statements that have already been made. If that’s true, perhaps it would be better for me to focus on what the Trump administration isn’t talking about, than on the climate claptrap that came out of the White House over the past few days.

Here’s what Trump and Sanders are mum on: the other climate report published by the federal government on Black Friday. In that report, the Interior Department and the U.S. Geological Survey estimated that the extraction and burning of fossil fuels produced on federal lands, including offshore areas, was responsible for about one-fourth of the nation’s greenhouse gas emissions from 2005 to 2014. The Trump administration wants to lease even more public land to drillers, at bargain-basement prices, which will make global warming worse. That’s not just a bad deal for taxpayers; it’s a bad deal for everyone on Earth.