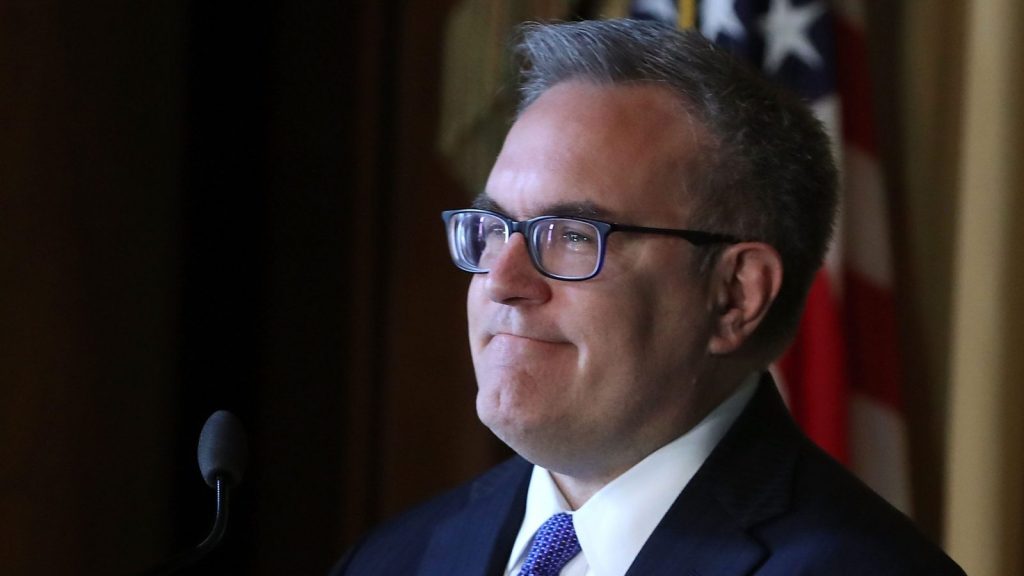 Environmental Protection Agency Acting Administrator Andrew Wheeler said Wednesday that the Trump administration may step in to change the way the government drafts its next National Climate Assessment.

The suggestion that politicians might influence a report from more 300 federal scientists at 13 agencies came at an event in Washington, where reporters pressed the agency chief on the authors’ dire projections about devastating climate change.

Speaking at a Washington Post Live event, Wheeler accused former President Barack Obama of telling “the report’s authors to take a look at the worst-case scenario for this report.”

“Going forward, I think we need to take a look at the modeling that’s used for the next assessment,” Wheeler said.

It’s an audacious set of statements from the acting EPA administrator, who until last year served as a top coal lobbyist and espouses the industry’s scientifically unsound stance that the link between fossil fuels and climate change remains dubious.

The remarks follow a clear, cynical pattern among those who deny climate science, accusing scientists and researchers of bias.

The announcement is concerning in light of a previous incident of political interference. In 2005, Philip Clooney, a former oil lobbyist working for the George W. Bush administration, was caught altering language in climate science reports to weaken the link between fossil fuels and rising global temperatures.

What Wheeler appeared to suggest Wednesday goes beyond that. He said the administration could take a dangerously optimistic route by developing what the EPA chief called “more realistic projections” incorporating future advancements in “technology and innovation.”

He also said the National Climate Assessment was based on overly pessimistic and outdated models used by the Intergovernmental Panel on Climate Change, the leading United Nations’ research body on global warming.

By contrast, the IPCC warned in October that world governments must halve emissions over the next 12 years to avert catastrophic climate change costing $54 trillion. That cost could, in fact, be on the conservative side, according to a study published in June that found the IPCC relied on economic models that failed to grasp the magnitude of global warming.

Trump, who rejects climate science outright, dismissed the IPCC’s report in October and said he does not believe the results of the latest federal study.

Wheeler put a friendlier face on the administration’s climate change denial after he took over in July following disgraced and scandal-plagued Administrator Scott Pruitt’s resignation. He halted some of the EPA’s antagonism of the press and spoke in dry legalese when deploying the same unscientific industry propaganda Pruitt used to justify his doubt over the causes of climate change. But he is pursuing the same aggressive rollback of climate regulations.

In August, Wheeler proposed dramatically weakening fuel economy standards, clearing the way for vehicles ― the nation’s No. 1 source of climate pollution ― to spew an addition 600 million metric tons of carbon dioxide into the atmosphere by 2030. Weeks later, he moved to gut a signature Obama-era rule on power plant pollution ― allowing for increased pollution that could cause 1,400 premature deaths per year.

Officials at the National Oceanic and Atmospheric Administration, one of the 13 agencies behind the National Climate Assessment, said no political appointees interfered with the contents of the report. But Wheeler has a history of attempting to change the way the federal government analyzes pollution.

In October, he fired a panel of scientific experts responsible for helping the EPA’s review of air quality standards for particulate matter, an issue that has long dogged the coal industry for which the agency chief previously lobbied.

Later that month, Wheeler said he’d delay a decision on how to move forward on the EPA’s controversial “transparency” rule, a proposal that would bar the agency from using critical epidemiological studies when drafting regulations, until next year.

Wheeler once again punted on difficult questions on Wednesday, despite criticizing the nature of the report.

“I haven’t read the entire report yet, but I’ve gone through it,” he said, adding that he wants to “follow up” on the projection modeling methods.