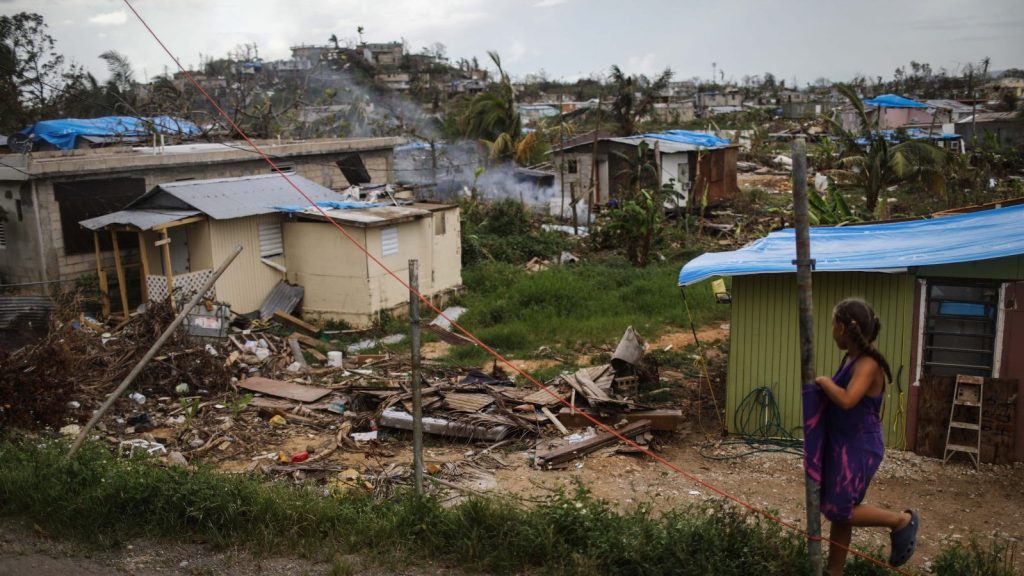 Within two weeks after Hurricane Maria devastated Puerto Rico, Richard Birt, a Las Vegas fire captain, flew to San Juan on what would be the first of many missions to try to get the island’s 96 fire stations up and running — not by fixing the problematical grid but by using solar power.

With the encouragement of San Juan fire chief Alberto Cruz Albarrán, logistical help from San Juan firefighters, and donated equipment from the company Sunrun, within a day-and-a-half a team outfitted the flat roofs of the fire department in Barrio Obrero — one of the poorer neighborhoods in San Juan — with solar panels. The panels and connected battery meant the station could be taken off the downed grid to run the most critical equipment including its 24-hour watch office that fielded calls, and its radio, lights, and doors.

“When we got there the generator was broken, so there was no lights, no watch office, no radio, no anything,” Birt tells me in between his shifts at the Las Vegas fire station. “The idea [was] getting the watch office up so when someone walked up and said they had an emergency, they could respond.” With solar, the fire station had a backup option when the hastily repaired grid went down again — as it would repeatedly over the last 12 months. When Birt returned a few months later, he found that the crew had never unplugged the solar equipment. “With the grid going down, the firefighters felt they needed this up and running 24-hours a day and not have any gaps,” Birt recalls. “They said, ‘this works and the grid doesn’t.’”

Through the nonprofits Empowered By Light and Givepower, 10 fire stations in Puerto Rico have set up similar microgrids, and Birt hopes to raise millions more to finish the job. Other emergency responders have installed solar power as well. Solar panels filled the parking lot of a children’s hospital in San Juan, after Tesla made a donation to replace the hospital’s diesel generators.

Ensuring power for first responders in the wake of a disaster is a matter of life or death. “People died because of the lack of power,” Sunrun’s director of public policy in Puerto Rico Javier Rúa-Jovet said — 2,975 people in total. But the experiences of the children’s hospital in San Juan and the Barrio Obrero fire department are exceptions, because very few people in Puerto Rico have the option and resources to go solar.

Renewables account for just 2 percent of Puerto Rico’s electricity supply, making it among the most fossil-fuel reliant of nations and territories in the Caribbean. Which is to say, Puerto Rico is far from recognizing the vision solar companies had for a robust and self-reliant solar market. The reasons for this are a complicated mix of the lack of political will, legal obstacles, and the absence of enough federal assistance.

Maria, and the more recent storms like Hurricane Florence, tell a story about reliable power that’s quite different from what President Trump has claimed — which boils down to his usual support of fossil fuels. In a bid to subsidize the coal and nuclear plants that have struggled to compete economically against cheap gas and renewables, the Trump administration has floated a variety of plans — including stalling the retirements of coal plants for national security reasons and creating a strategic reserve for coal — that would allow it to subsidize these sources. One of the administration’s favorite arguments confuses the largely accurate observation that solar and wind are intermittent sources for energy (as in, the sun doesn’t always shine) with the more dubious logic that renewables are somehow more susceptible to security threats than a physical stockpile of coal.

But that’s not what we’ve been seeing after catastrophic hurricanes. After Maria, solar power became a symbol for more reliable power, even if few had access to it. And more recently, Hurricane Florence tested the most solar-powered state after California. In North Carolina 4.6 percent of the state’s electricity comes from the sun. InsideClimate News reports that large solar farms and even rooftop solar (which face more variable conditions and are more susceptible to damage) remained intact following the storm. At the same time, those who live in North Carolina still saw massive power outages — at one point more than 300,000 residents were without power.

The upside of solar is that it easily lends itself to decentralized power and micro-grids that could maintain the power for more people in the wake of a disaster. Solar is “an easy distributed resource and obviously a clean one,” Vermont Law School’s Institute for Energy and the Environment Director Kevin Jones says. But the downside is that on its own it doesn’t lead to a more resilient a power grid, unless it is combined with advanced battery technology that allows people to disconnect from the grid to become self-reliant. Consider those fire stations: For a microgrid, panels on the roof had to be hooked up to long-lasting storage options. The combination of battery storage and solar could mean that “you have additional resilience when the grid goes down,” Jones notes.

An investigation by Puerto Rico’s Center for Investigative Journalism conducted after Hurricane Maria backs that up: “Most of the more than 10,362 renewable energy units installed by Puerto Ricans ended up as a roof ornaments,” they concluded. These units were connected to the grid; if they were microgrids with storage attached, things might have been different.

There are other barriers for more hurricane-resilient power. One is money. “You can have solar panels in a parking lot serving a children’s hospital in the short term, but in the longer term you have to put them in a place where you can have them permanently,” Jones says. “Those things take time and money and effort.” The second is public policy priorities. Supplying power to community members in a microgrid gets complicated, legally, because solar customers and companies must get permission from monopoly utilities. The uncertain future for Puerto Rico’s monopoly utility PREPA means an uncertain future for microgrids as well.

For now, multiple solar and storage companies are eyeing markets in Puerto Rico, and both companies and some residents have some hope for the future. Sunrun’s Javier Rúa-Jovet fits into both categories. He considers himself one of the lucky few who was able to take out a loan to buy a diesel generator after the storm, but remembers the frustration of dealing with maintaining and keeping the generator stocked with fuel, sometimes in the middle of a rainy night. “The costs aren’t only economical, there’s the psychological toll,” he said. But a switch to maintenance solar promises to be “a positive experience, not a stressful experience.”