Once upon a time, shortly after the age of bloodletting, people thought that facts could change minds. It may seem laughable now, but many used to believe they could simply provide evidence that fire is hot, that the Earth is round, or that humans are causing climate change, and others would respond, “Right, I understand now! Thanks for setting me straight.”

It doesn’t work that way, a fact you can see clearly demonstrated in Seeds of Science: Why We Got it So Wrong on GMOs, by Mark Lynas, an environmental activist and science writer. The book, out June 26, seeks to understand why greens, including Lynas himself, saw genetic engineering as an enemy from the very beginning.

In his youth, Lynas snuck out with other anti-GMO activists to destroy fields of biotech corn. In 2013, he formally apologized for his actions 15 years earlier. What changed? Sure, Lynas learned some new facts. But these facts only sunk in after he had earned plaudits as a science writer and begun to think of himself as a member of the scientific tribe. It was only after he started caring about his reputation among scientists that he began to feel threatened by the critique that his ideas about GMOs were “perilously unscientific.” He had to change clans before he could change his mind. 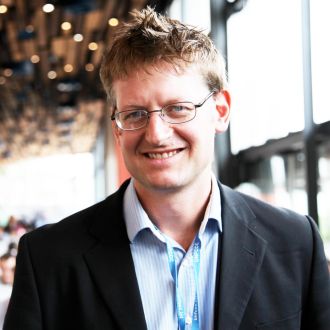 This defection cost Lynas dearly. He was close with two prominent English environmentalists, and his defection strained their relationships to the breaking point. After 15 years of friendship with the environmental columnist George Monbiot, Lynas began thinking of Monbiot as “a hypocrite… stuck in a knee-jerk tribal defense of the Green movement he was so emotionally attached to.”

Meanwhile, Monbiot started to see Lynas as a puppet of an anti-green “new establishment: corporations, thinktanks, neoliberal politicians,” Monbiot wrote. Things were even worse between Lynas and Paul Kingsnorth, the environmental thinker Lynas calls his soulmate. Each had been the best man at the other’s wedding, but they grew to “loathe and detest each other,” Lynas writes.

This story carries a lesson for anyone with some hope of winning over rivals. If changing minds means ripping apart the bonds of friendship, what are the chances that Republicans are ever going to change their minds about climate change? What’s the point of journalism, or science for that matter, when our clans — not facts — determine our opinions?

By the end of the book, Lynas gropes his way toward a remarkably hopeful answer by focusing on the one mind he can change — his own. The first draft of Seeds of Science read like a hippie-punching polemic, he writes. But then he shifted course, deleting whole sections. He sought to appreciate the concerns of anti-GMO leaders and of his friends. He wrote a chapter called “What Anti-GMO Activists Got Right.” In the process, Lynas began repairing the damage done to his relationships with Monbiot and Kingsnorth. 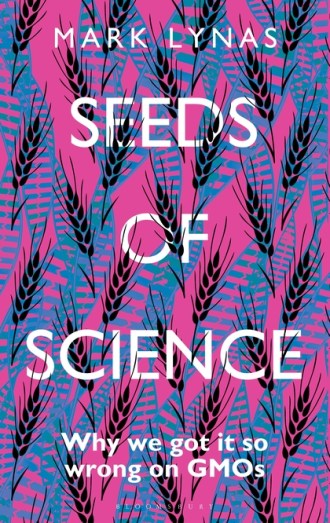 In the midst of these disputes over technology and policy, it’s easy to imagine they are battles that can be won — either by dunking harder on the opposition, or by crafting ever more timid and earnest explanations in the hope of pulling opponents to the other side. But people don’t suddenly switch teams. Lynas’ experience suggests that the most important mind you can change is your own. Set out to win every argument, and you’ll only alienate your friends. The winner gains nothing, while the loser comes away richer in knowledge. The ability to change one’s mind is the ability to grow and adapt — and ultimately to survive.

For the love of all that is holy, let’s stop treating these debates like trench warfare, shelling each other with facts, while insisting on victory or death. Keep your friends. Learn to argue in a way that builds relationships, rather than destroying them. Accept losses gratefully. Grow. Learn. Adapt. Lynas has been through the fire to bring us this insight. Everyone who can take it to heart makes it a little more likely that civilization can grow, learn, adapt, and survive this moment of crisis.

Woman, scientist, climate advocate: Can you be all three?