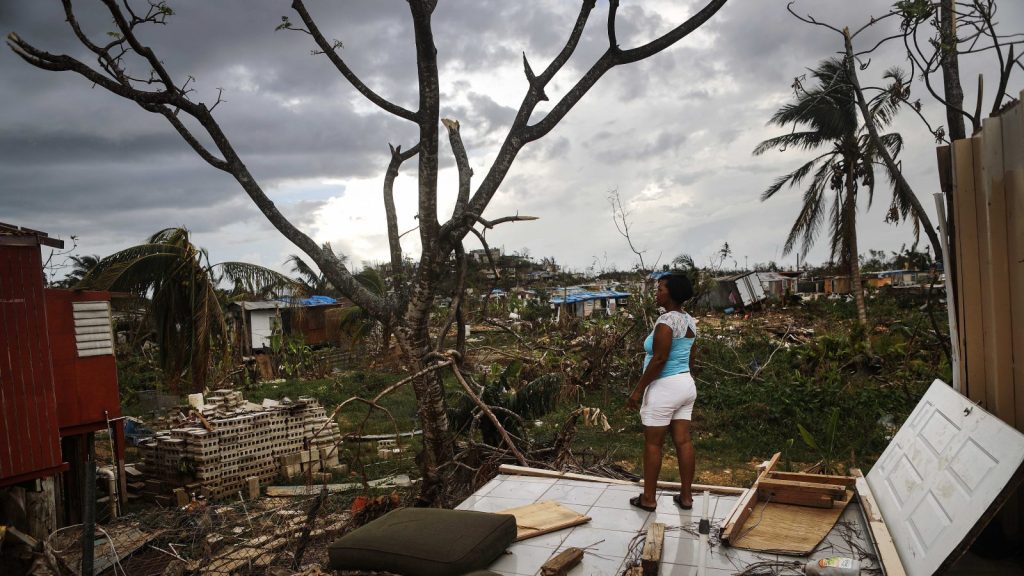 In the two hurricane seasons since Donald Trump was elected president, the United States was hit by five major hurricanes, including Hurricane Maria, which devastated Puerto Rico in 2017. In the immediate aftermath of the record-breaking storm, Trump accused the mayor of San Juan of “poor leadership” and suggested Puerto Ricans weren’t doing enough to help themselves. Nearly two years later, Trump is still criticizing Puerto Rico with misleading descriptions of what has transpired since the storm.

Puerto Rico has been given more money by Congress for Hurricane Disaster Relief, 91 Billion Dollars, than any State in the history of the U.S. As an example, Florida got $12 Billion & Texas $39 Billion for their monster hurricanes. Now the Democrats are saying NO Relief to……

His disdain for the island and its leadership has bled into a fight in the Senate over disaster relief for victims of the 2018 hurricane season.

Since March, Congress has been working on an aid package to assist victims of recent floods, wildfires, and hurricanes. Last October, the first Category 5 hurricane since 1992’s Hurricane Andrew made landfall near Mexico Beach in the Florida Panhandle. Seven months, 59 deaths, and $25 billion in damage later, Congress has yet to send a relief package to the Floridians affected by the storm. Lawmakers haven’t been able to agree on a finalized deal because Republicans, following Trump’s lead, have rejected measures that include more funding relief for Puerto Rico, where torrential rain and extreme winds caused catastrophic damage, including a major power grid failure and nearly 3,000 deaths.

“That whole bill is being jeopardized because of pettiness,” Al Cathey, the mayor of Mexico Beach, told the Washington Post last month.

In Puerto Rico, crumbling infrastructure was made worse by the powerful hurricane. A year and a half later, residents are still waiting on funds to repair hospitals, roads, and public schools. On the mainland, Hurricane Michael victims are also in dire straits. Many residents in Bay County, Florida, home to Mexico Beach, are still living in tents and trailers. Debris still lines the streets of Mexico Beach, and some residents continue to live in severely damaged homes. Because of Congress’ delay, many of the short-term aid programs have run out. Just before the six-month anniversary of the storm, the housing vouchers that allowed victims to stay in hotels expired, leaving 250 households scrambling to find other shelters. “We are truly the forgotten storm,” Bay County Commissioner Philip Griffitts told the Miami Herald.

Despite the sense of urgency in Florida, the president seems intent on continuing the fight over Puerto Rico funding. He has repeatedly said that Puerto Rico has received $91 billion in aid, but that is far from reality. Congress has allocated only $41 billion to Puerto Rico, and only a small fraction of that has been used because local government officials must detail how they plan to use the funds before they are disbursed.

Trump’s misleading tweet comes days after Republican and Democratic senators appeared to be taking steps toward finalizing a package. It signals that the White House isn’t ready to acquiesce to Democrats’ desire to include more funding for Puerto Rico. Meanwhile, hurricane season is set to begin in just four weeks.