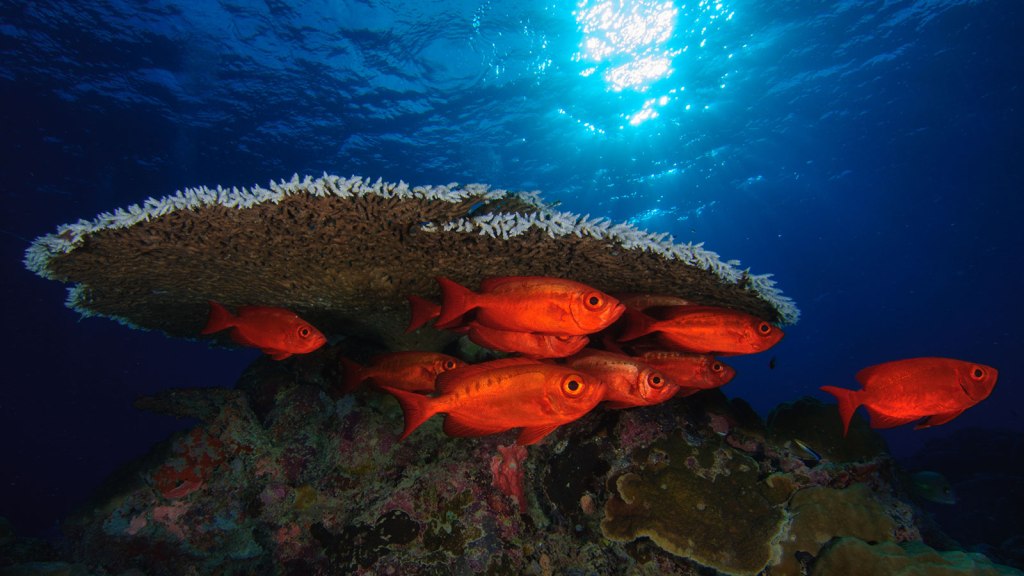 Carlotta Leon Guerrero, a native of Guam, is the executive director of the Guam-based Ayuda Foundation and served in the Guam Legislature from 1994 to 2000. Since 2018 she has been a Pew Bertarelli Ocean Ambassador.

Last week, a global scientific assessment found the business-as-usual approach to conservation is not delivering the critical action needed to safeguard the future health of our planet. Over the last 30 years, a growing global population has doubled the demand on our planet’s resources, according to the report, which was released by the United Nations, and nature just can’t keep up: As many as 1 million species are threatened with extinction in the coming decades.

This is a threat well understood by the people of my island, the small Pacific territory of Guam. In the last few decades alone, development and invasives have led to the extinction of the Guam flying fox and several species of bird found nowhere else in the world. These were animals critical to our forest ecosystems and important to our indigenous culture, lost forever.

But all is not lost. The report identified several pathways for change, including the need to expand the current network of protected areas, both on land and in the ocean, which are critically important in the context of a changing climate. The International Union for Conservation of Nature estimates that we’ll need to protect at least 30 percent of every coastal and marine habitat by 2030 if we’re serious about conserving the natural systems that underpin our quality of life.

That may sound daunting, but we have an example to follow — one that is gaining momentum across the Pacific.

The Pacific Ocean is the largest habitat on the planet, greater in size than the combined landmass of every single continent. Along the edges of this far-reaching marine ecosystem lie some of the largest cities on Earth — and dotted across its great expanse are thousands of islands, small and large. These islands are populated by the descendants of the great voyagers who traversed these waters in wooden canoes, powered by nothing more than the wind in their woven sails and the knowledge passed down through chants and songs.

Pacific Islanders have known for centuries that protecting parts of the ocean brings benefits to people and nature. For generations, we have set aside areas where fishing is not allowed, resulting in more fish, bigger fish, and greater biodiversity. It is considered the world’s oldest form of fisheries management.

But now, our ocean is changing. Sea levels are rising, warmer waters and changing ocean chemistry are altering the intricate balance of our natural ecosystems, and plastic waste is polluting the ocean from the seabed to our coastlines. These impacts are intensified when combined with overfishing; in much of the ocean, we are removing fish faster than they are biologically able to replenish. This is particularly true of vulnerable species such as sharks.

In response, Pacific leaders have acted with the same boldness that inspired our ancestors to cross the ocean. We have taken their ancestral knowledge and expanded upon it, designating vast ocean sanctuaries, which support healthy marine ecosystems and abundant fish populations, while ensuring the well-being of coastal communities.

In total, more than a dozen Pacific countries and territories have committed to designating and implementing strong ocean sanctuaries that restrict all commercial fishing. These actions bolster marine biodiversity, improve neighboring fisheries, and help ocean flora and fauna better withstand the impacts of the changing climate and overfishing.

The greatest biological outcomes come from fully protected areas where all forms of fishing are restricted, like in the Palau National Marine Sanctuary, which comprises 80 percent of Palau’s national waters. There are also benefits to restricting the most damaging forms of fishing, like on the other side of the ocean in Chile, where the Rapa Nui people recently agreed to restrict industrial fishing in the entirety of their biologically unique waters, and only allow traditional artisanal fishing.

At the same time, a group of Island Voices ambassadors has formed, coming from Palau, Guam, Northern Mariana Islands, Hawaii, New Zealand, Australia, New Caledonia, French Polynesia, and Rapa Nui. The group includes artists, educators, fishers, former government officials, and traditional voyagers, who are committed to protecting the unique identity of the Pacific and its islands and are working together to link traditional values with modern decision-making.

It’s a start, but if we are going to save the rich ecological abundance of the Pacific for future generations, we will have to think even bigger, working toward protecting 30 percent of the Pacific. Today, just under 5 percent of the ocean is designated within the confines of a marine protected area, and only about half of that area is fully or strongly protected, ensuring the strongest benefits to people and nature. Much of this real estate stretches across the Pacific.

We have reached the point in human history where we can impact every inch of the ocean and at every depth. In the next decade we need to ramp up the area of ocean we protect, but we must also address sustainable fishing and environmental justice in the places where we allow fishing. And this will all be for nothing if we do not reduce carbon emissions and other forms of pollution — especially plastic.

It’s daunting, yes, but it’s possible: Just look at the example that has been set by the leaders in the Pacific, where a constellation of small Island nations is leading the way toward a healthy and resilient ocean for our generations to come.